Drink This Now: The Louisiana Purchase at the Monarch 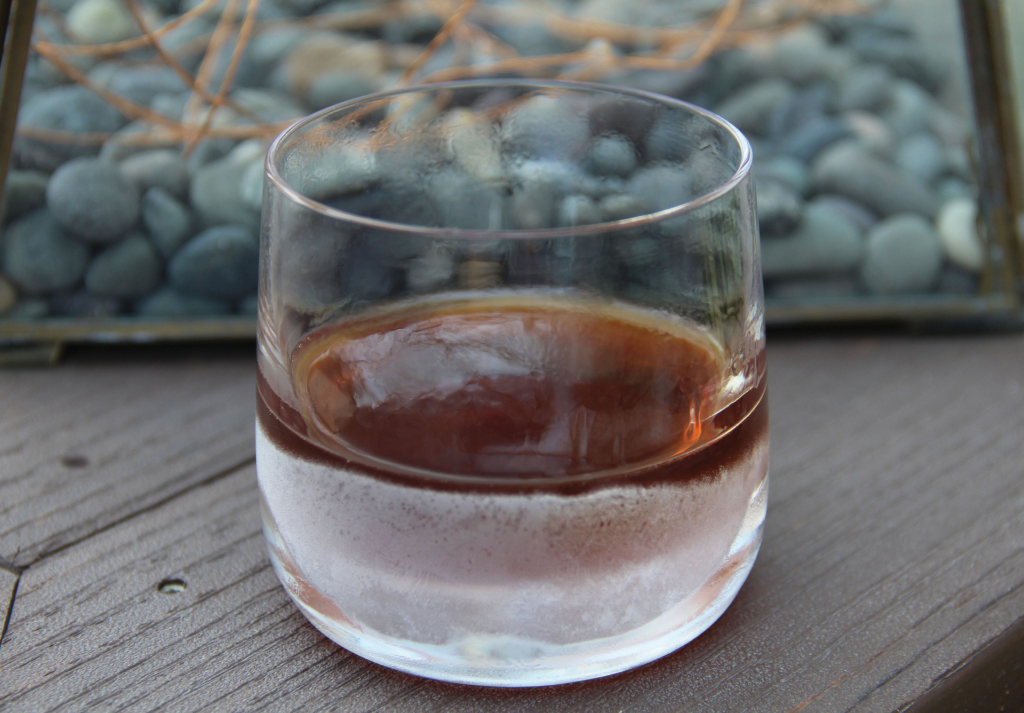 The Monarch Bar is probably the most urbane cocktail bar in Kansas City, so it seems only fitting that its Manhattan is literally well-traveled.

The Louisiana Purchase, as the concoction is known inside this Country Club Plaza drinks destination, is equal parts ridiculous and impressive. It originates in a tumbler chilled via liquid nitrogen. Poured onto this smoky frost is Jefferson’s Ocean, a bourbon that arrives having lived on a ship for eight months, crossing the Atlantic multiple times and even traveling through the Panama Canal. This is not (entirely) pointless rich-guy stuff: the motion of the boat causes the whiskey to jostle around in its barrel, and, according to Monarch partner and bartender Brock Schulte, “the more contact with the wood, the richer it [the whiskey] becomes. The salinic [ocean] air breathes into it, too.”

The science behind ocean-aging isn’t exactly up to NASA standards, but that hasn’t stopped the Monarch from buying a barrel full of this seafaring liquor. In the Louisiana Purchase, it’s joined by house vermouth and the Monarch’s own homemade Amer Picon (a bittersweet French aperitif), then the glass is spritzed with bitters (also made in-house; they’re infused with essence of Buddha’s Hand). The result is a winter cocktail that is so aromatic, cold, and smooth it refreshes on a scorching summer day.