Drink This Now: The Iceberg Theory at Novel 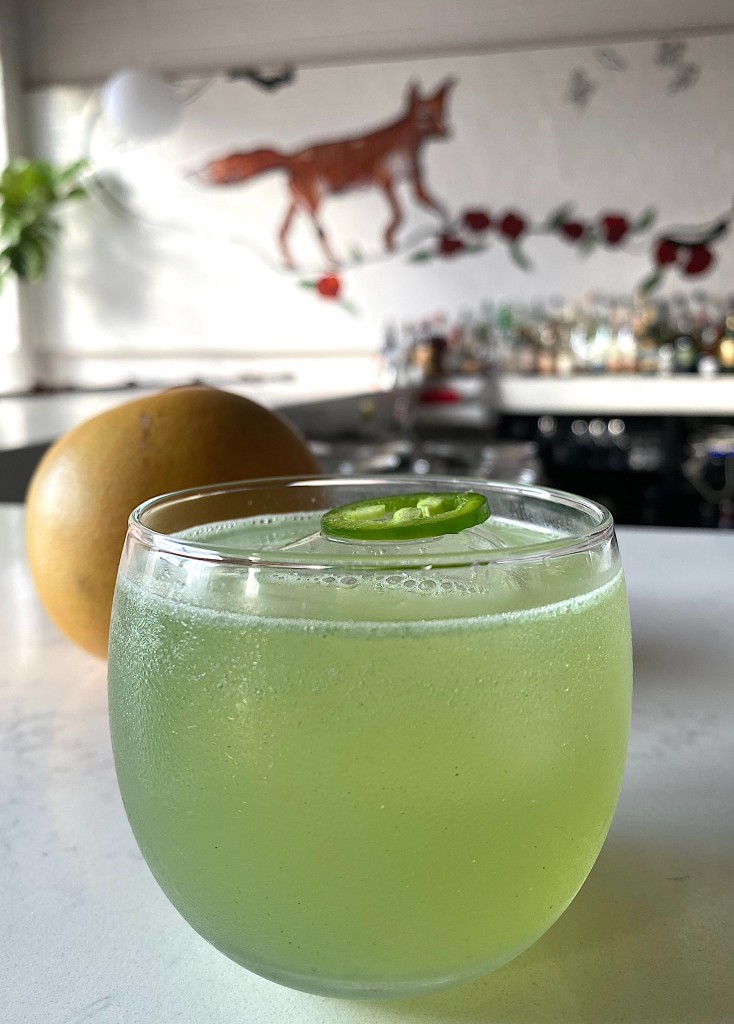 Sometimes a cold, over-wintered, seasonally-affected heart just needs something green and bright—this calls for a trip to Novel for Tex Bush’s cocktail, the Iceberg Theory. This drink is clever because Tex is clever; he named it after writer Ernest Hemingway’s Iceberg Theory, which reflects Hemingway’s belief that the deeper meaning in a story should largely lie beneath the surface. Following that line of thinking, this drink may look relatively simple, but there’s actually a lot here.

The Iceberg Theory starts with Probitas rum, to which Bush adds Benedictine, jalapeno-infused Chartreuse, grapefruit oleo saccharum (basically house-extracted grapefruit oil), and spirulina, which doesn’t really impart much flavor but renders the cocktail a vibrant green. Bush said the drink began as a play on the Hemingway daiquiri, and that the chartreuse component was inspired by a drink he sampled in New York that featured jalapeno-infused chartreuse. “Chartreuse has just always been one of my favorite things,” he says. “It just has so much complexity and flavor, and this made it spicy.” The drink is citric and yes, spicy, but also herbaceous and fresh—everything we are hoping for with Spring (please oh please) on its way.