Drink This Now: Pirate’s Booty at Local Pig in Westport 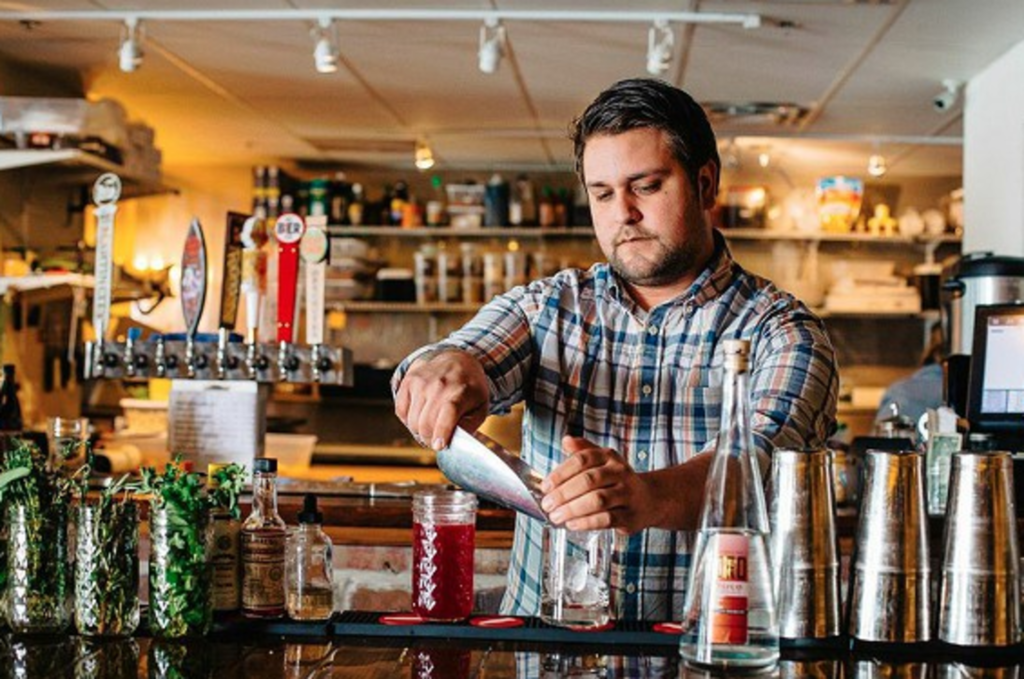 Erik Mariscal’s cocktail menus have always been very garden-inspired, so it should surprise no one that his new spring cocktail offerings at the Local Pig in Westport is his most flavorful yet. As part of our ongoing “Drink This Now” blog series, we decided to stop in for a quick taste of the California transplant’s newest drinks. 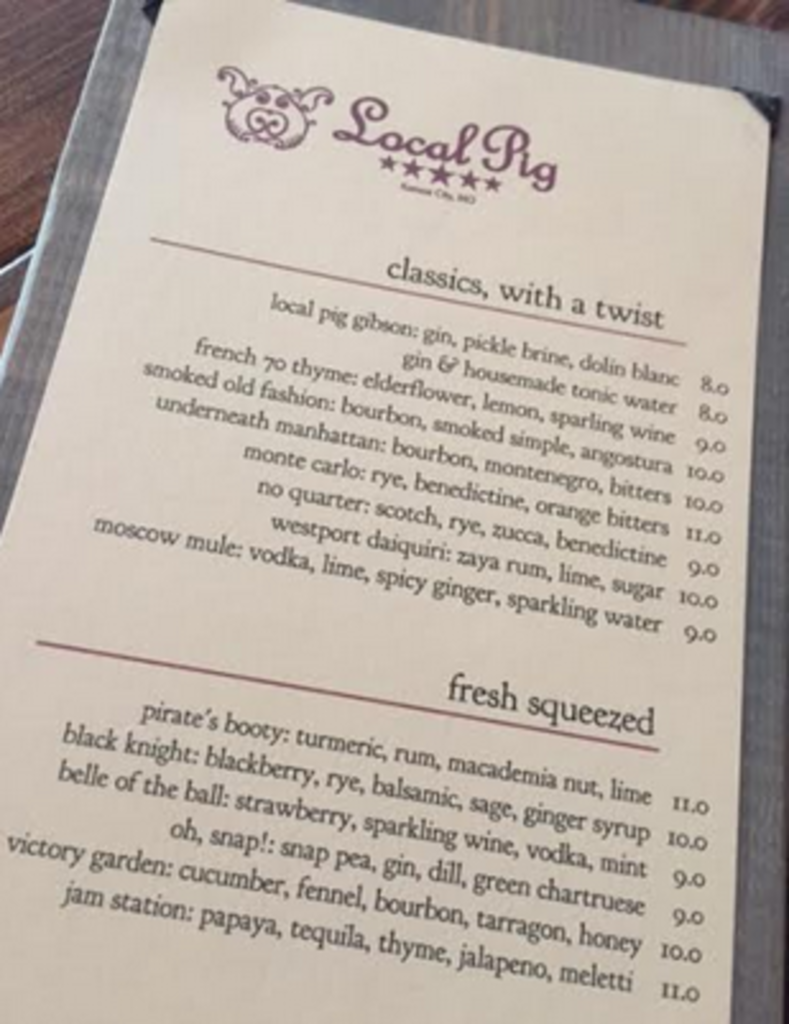 The cocktail list at the Local Pig is broken down between “classics, with a twist” and “fresh squeezed,” the latter of which contains six seasonal options that sound more like juice cleanse recipes than libations. There is one that catches my eye immediately, called Pirate’s Booty. The menu lists its ingredients as turmeric, rum, macademia nut and lime, but Mariscal says – with a glimmer in his eye – that there is slightly more to it.

“There’s also some aquavit and yogurt liqueur in there,” he tells me. “You should get it.”

Since I need little persuasion when it comes to alcohol, I agree with him. Mariscal goes about preparing the Pirate’s Booty. Before my eyes, he builds the drink in a large tulip glass over ice, shaves fresh lime peels over it, and slides it toward me. I can see where he gets the namesake from: This is a luscious, treasure chest-full-of-gold-colored liquid – thanks to the turmeric – and I am both intrigued and slightly skeptical. (In a certain light, this drink also looks a little bit like a watered down bottle of curry on ice.)

The boyish grin on Mariscal’s face can also be interpreted with a certain amount of mischief. “It’s fresh turmeric root, so it’s also really good for you,” he tells me.

He elaborates on the cocktail: “[Alex] Pope [chef-owner] just brought in some fresh turmeric from the Vietnamese market and he was like, ‘Let’s juice it!’ So I just kind of came up with this layer by layer. I knew rum was clearly the [spirit] choice. I made toasted macadamia nut orgeat [syrup] – which is typically made with almonds – because I thought that would give it a nice body. And the yogurt liqueur was just for fun, to make it like a lassi drink.”

It is like lassi, the traditional yogurt-based drink of India. There’s almost a smoothie-like quality to it, but it’s not that thick. The turmeric adds a truly spectacular spice flavor: It comes through loud and clear, and it takes a few sips to get used to it in liquid format, but it is – seriously – one of the most interesting flavors in a cocktail I’ve experienced yet. And this is not a savory drink: The yogurt liqueur and the macadamia orgeat give this creation a refreshing sweetness. It’s a weird and wonderful combination of stuff, you guys. If Tim Burton did cocktails, this would be his baby.

Mariscal’s Pirate’s Booty is not on the happy hour menu, but booze enthusiasts should have no qualms shelling out the $11 for this winsome prize. If you are feeling in need of a bargain, though, Local Pig – Westport’s happy hour runs from 3-6 p.m. on weekdays. See you there.