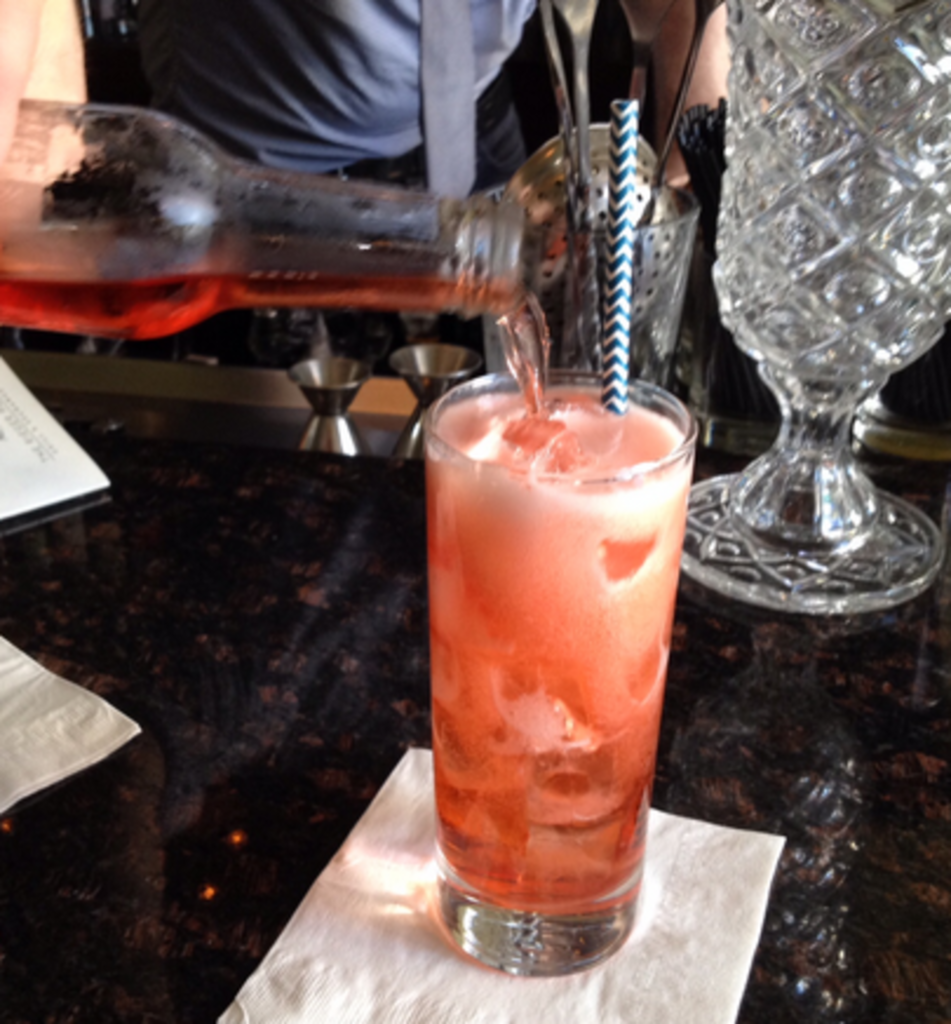 Just because the weather lately hasn’t been all that patio-friendly doesn’t mean my interest in patio-pounders has diminished. I know I’m not alone in this. A recent stop at the Rieger Hotel Grill & Exchange found several tempting, summer-inspired drinks on the seasonal cocktail menu. One drink — the Fatboy Sling — combines two of my favorite things, rosé wine and Aperol, and something else I couldn’t pronounce: Combier Pamplemousse.

“Pamplemousse is French for grapefruit,” Brock Schulte, the Rieger’s bar manager, tells me. “It’s a grapefruit liqueur from Combier Liquers. We thought it would be cool in a Negroni-style riff. I used Aperol instead of Campari, because that flavor would jell a little more with the rosé and the pamplemousse.” 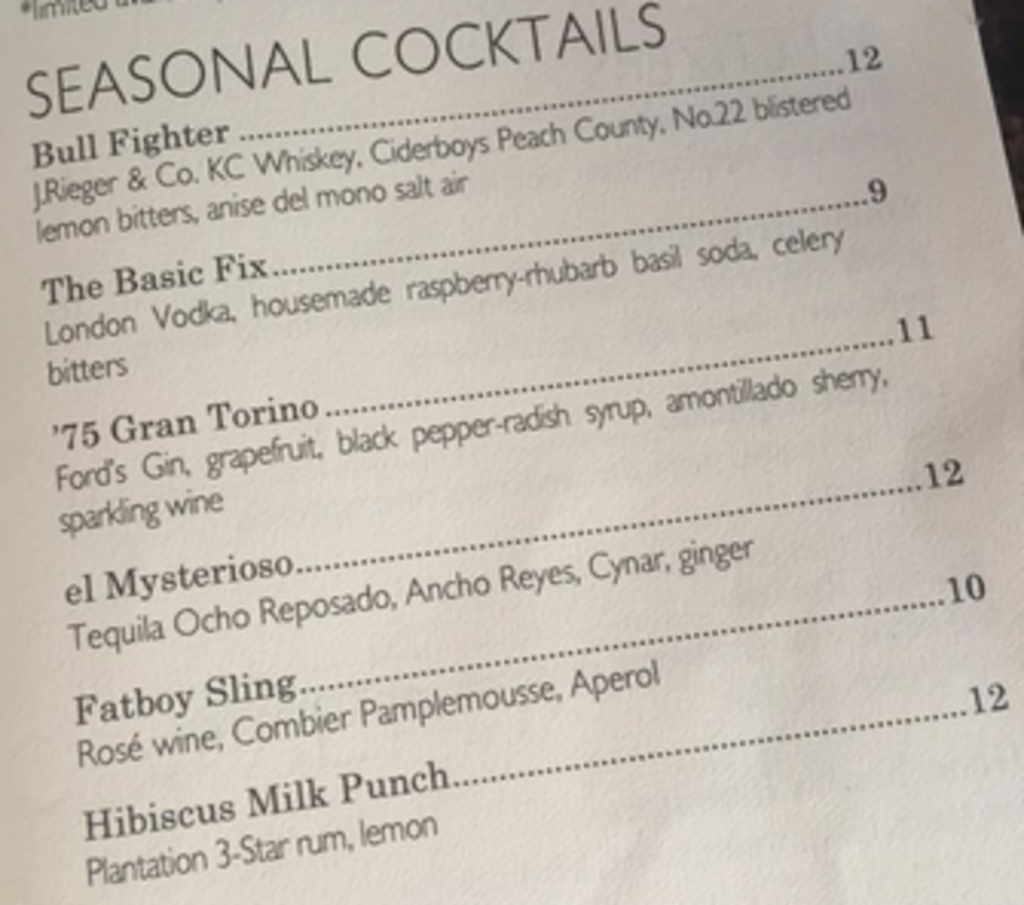 Behind the bar, Derek Branham begins to prepare this drink — which entails him filling a Collins glass with ice cubes and a straw and popping the cap off a bottle filled with a bright pink liquid. The labor of this cocktail, Schulte tells me, happens pre-shift.

The bottled cocktails are relatively new to the Rieger, though Schulte says he has been offering a full bottled-cocktail program at the Drum Room downtown, where he also sets the drink menu, for over a year.

“But it’s not technically a new thing,” Schulte says. “Locally, I believe it was Arturo [Vera-Felicie, head bartender at Justus Drugstore] that started doing the first bottled cocktails. But the technique has plenty of history, going back to before the 1900s. Ben Franklin has a bottled cocktail recipe.”

The Fatboy Sling is everything that Schulte promised it would be: refreshing, light and utterly poundable. It’s gone far too quickly — which, I think, is entirely the point.