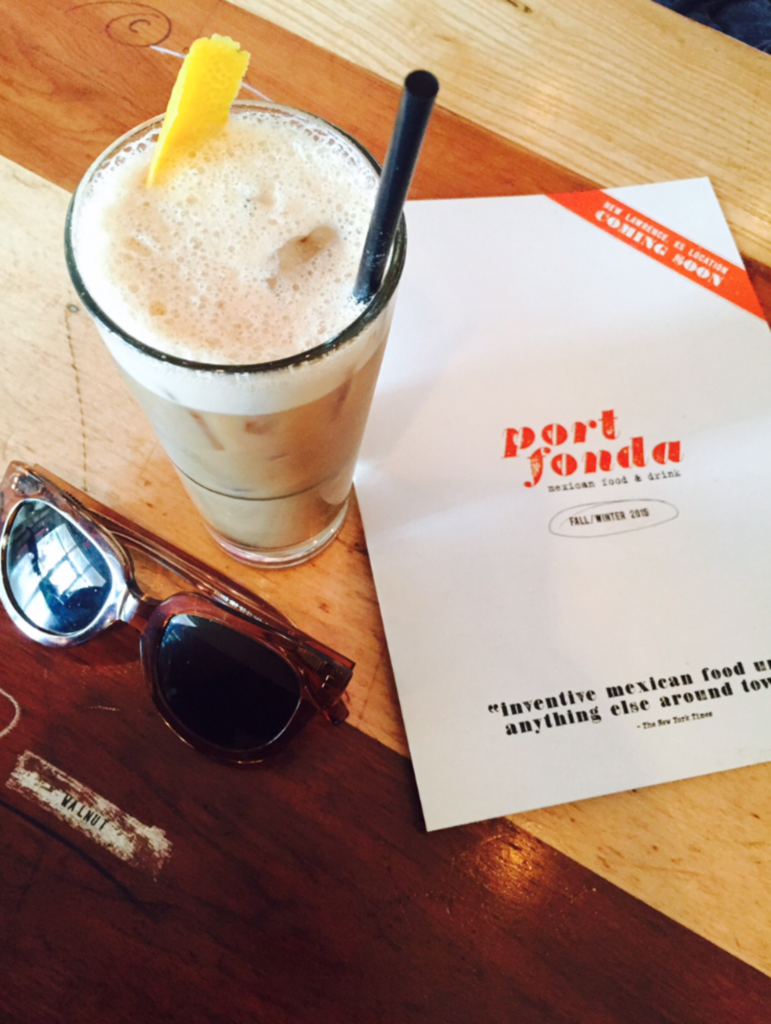 On Tuesday, Port Fonda debuted a bunch of new menu items — including several cocktails. On a recent stop in, I diligently decided to sample a couple of them. The Cafe Port Fonda caught my eye in particular, listed as a combination of Del Maguey Vida Mezcal, horchata, Cafe Patron XO and cold-brewed Broadway Roasting coffee; that recipe sounded intriguing, but also like it could potentially be terrible. I had to have it.

The ingredients were shaken together and strained over ice into a Collins class, then garnished with an orange peel. The flavors were strange together, but surprisingly successful: The horchata gave the drink a creamy profile, and the Patron XO — a liqueur put out by Patron, fusing tequila infused with coffee — boosted the profile of the toddy. The smoky Mezcal notes were present throughout, but they were subtle enough to work well with the spices from the horchata.

Bar manager Adam Wagner says his Cafe Port Fonda was not really the wild card cocktail I made it out to be.

“The pairing of Mezcal and bitter chocolate is something that’s not totally uncommon, so that kind of took me to coffee,” Wagner says. “I thought the smokiness would play well with the toddy, and the Cafe Patron was there to tie it together. The horchata brings some sweetness to balance everything out, and the garnish is really just a nod to the coffee aspect of it — I wanted to give it the essence of citrus without really adding that ingredient.” 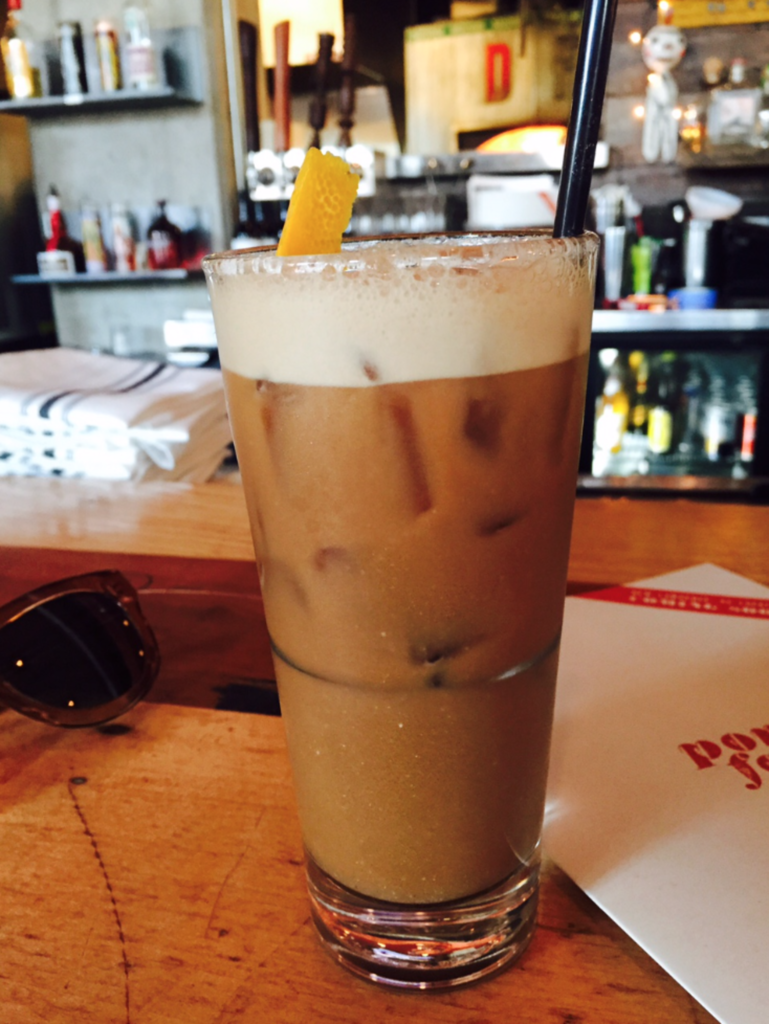 Nicely done, Wagner. By the time I had finished the Cafe Port Fonda, I had my next choices lined up: the cheekily titled El Boat Drink, containing a reposado tequila infused with Caribbean spices, citrus and coconut, some housemade grenadine and Gosling’s dark rum. The menu specified that there was a two-drink limit per person on this guy. Obviously, I needed to try it immediately.

“The recipe itself is kind of essentially a rum punch,” Wagner explains. “I lived in Puerto Rico for a while and bartended down there, and I got real familiar with rum drinks. So for this, I basically took what would be  a standard Caribbean rum punch and put a little bit of a Port Fonda spin on it. I wanted to incorporate tequila, so I infused a reposado tequila with a bunch of things: allspice berries, nutmeg, cinnamong, black pepper corns, cloves, vanilla.”

Wagner builds his Boat Drink in a goblet over ice. He shakes the tequila infusion with a juice blend — pineapple, orange, lemon and a coconut cream — and strains that into the glass, then adds a layer of the grenadine and floats the Gosling’s rum on top. The garnish is shaved nutmeg — what Wagner says is typical of a Caribbean rum punch.

I slam El Boat Drink. It’s super delicious. The coconut cream, the spices — it’s like there’s no alcohol in there at all (Wagner assures me that there’s enough tequila and rum in one of these to make two more drinks). If there is an art in getting your guests hammered, this is it.