Dri Gets All Dressed Up for Interview Magazine, Establishes Our Cold Status 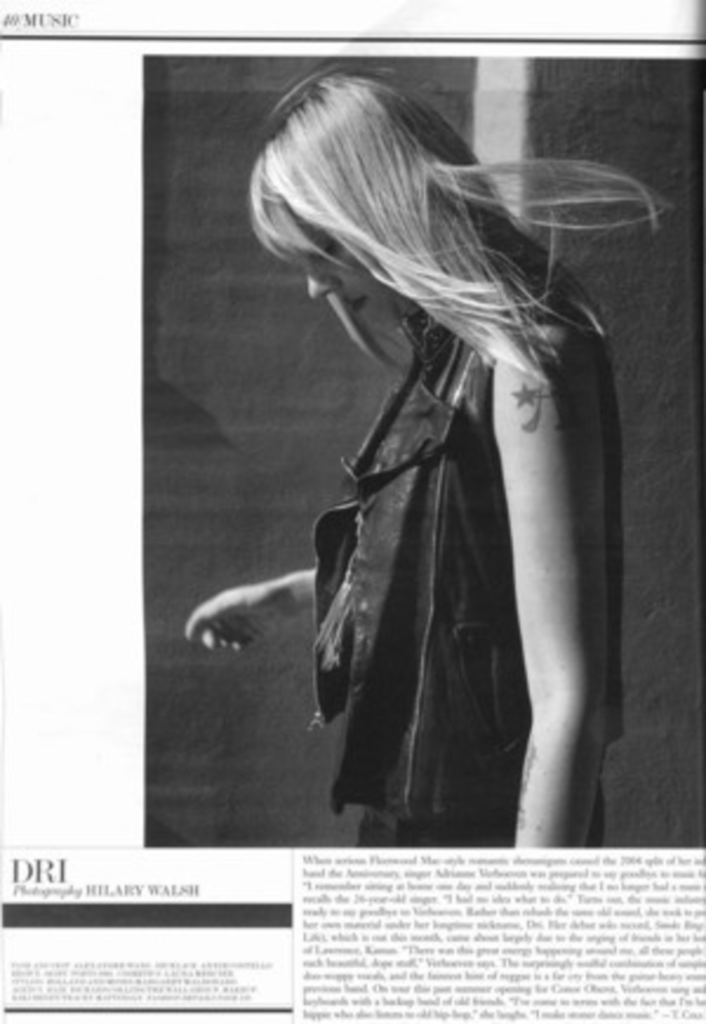 It’s a longstanding dream of mine to get to put on really expensive clothes and pose for one of those magazines where they not only interview you but list what clothes you’re wearing. Just like they do in, you know, GQ, which I’ll never be in unless they put out an unfamous-shlub issue and I win the raffle to be in it.

But seriously, congrats to Lawrence flower-child/beat-eater Dri, who got to live the dream this week with a big-ass photo in the November 2008 issue of Interview. I’m probably violating some kind of whatsit by posting this, but we’re just so proud of our homegirl!

Someone at that magazine must have a Pitch subscription. Dri is not the first, nor even the second, but, yea verily, the THIRD (heh, that we know of) musician who has been written up in The Pitch before gracing the pages of Interview. The September 2006 issue of Interview carried stories on both Micah P. Hinson and Janelle Monae.

Categories: Music
Tags: dri, interview, Micah P. Hinson, the pitch, you know you’ve made it when