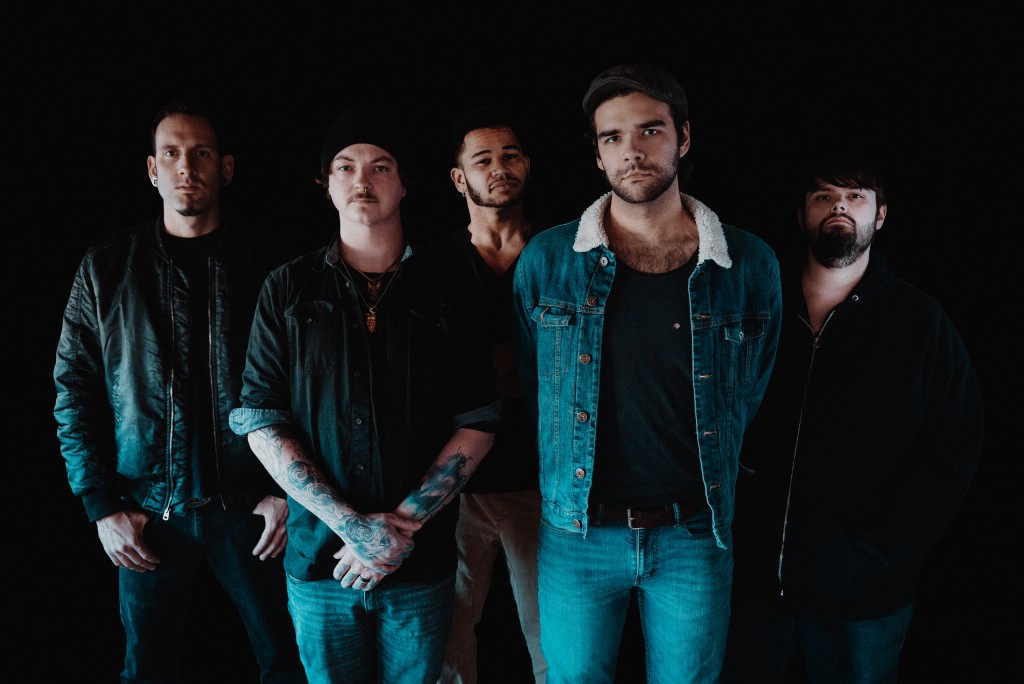 When the Kansas City “groove-driven and dynamic death metal” act known as Dreams In Peril released their debut album Mephobia in 2019, plans to capitalize on it were quickly shut down due to COVID.

However, they’re already preparing to release their sophomore effort, Ascending. The forthcoming album will feature a different line-up, with the addition of second guitarist, Lucas Munoz, and vocalist Dakota Otte. If the first two singles from the record are any indication, then this is sure to pummel eardrums all around the world.

We spoke with bassist Dalton Collins about the lineup changes and what to expect from the new record ahead of their show with Pigweed at Vivo this Friday, June 3.

The Pitch: How long have you all been working on your new album?

Dalton Collins: We worked on it for probably a good half-year or so. We released our first record a couple of years beforehand, and then COVID struck, and we had a few member changes, as well.

So, during COVID, we just kind of sat on the record and didn’t do anything with it—waited for things to open back up a little bit more so we can actually promote it and play it out, just so we can get the recognition that it deserves.

That’s gotta be a weird thing to have this album recorded and ready to go, then all of a sudden you’re just like, “Well, if we put it out, what can we do with it?” Not every band has the ability to do something like Code Orange did, with a crazy online streaming concert.

Yeah, no, especially being Kansas City-based. And we’re starting to get our name out the door, and we’re just kind of like, “Eh, can’t do anything with this right now. Let’s sit on it, and when things clear up, we’ll pounce.”

Did the member changes come about because of COVID and the fact that it’s hard to be a band when you can’t do anything for the better part of two years?

No, it wasn’t due to COVID for the member changes. The member changes were prior to the pandemic hitting, actually. We had some personal differences between our former vocalist. We actually had somebody else for a while, but those guys didn’t work out, and we finally found the permanent replacement to take the vocalist spot.

We added a second guitar player just to make our sound a lot thicker, so we can do cool little things with guitars that we couldn’t do before.

When heavy bands add a second guitarist it always–especially for live shows–feels as though it really makes the band stronger, because there’s a lot of stuff you can do in the studio that you can’t do live. Sometimes, you can’t play this rhythm part and this lead at the same time. Obviously, there are certain things you can do with pedals, but after a certain point, you have a pedal board the size of a movie poster. That’s ridiculous.

Yeah, I agree. Both of our guitar players and I have decent-sized pedal boards ’cause we add a lot of effects to our guitars. We like to create different types of reverbs to go into our music that gives us that Dreams In Peril sound. We’re definitely a heavy band with with a lot of different effects that give us like that dreamlike sound.

This is not your first time on the road.

Are you excited to get this chance to do a tour proper, as opposed to the weekend warrior sort of thing?

Oh, absolutely. This is something that I’ve always wanted to do. I guess you could call it a musician bucket list, so to speak. It’s something that we are looking to do more of so that we can establish ourselves in other markets. Getting our foot out there, especially with a band that’s been around a lot longer than we have—it definitely does solidify us in more of a national market.

Does it help that Dreams In Peril have played with bands like Between the Buried and Me and The Acacia Strain?

Absolutely, and I’ll be honest with you—when we started, our very first show that we ever played as a band was with The Acacia Strain. I’ve been surprised every step of the way. Every band we’ve ever shared the stage was like, “Wow, we’re actually playing with this band.” Then again,“We’re playing with this band?” And then, for some reason, it just kind of caught fire that we just started playing with all of these big bands.

Then, we started to build a resume for ourselves, and we actually got signed on to one of the biggest metal managements in the world—Extreme Management Group. We’re on the same management as Origin, Suffocation, Misery Index, and Cattle Decapitation. Somehow, the stars aligned.

Being as this is your first long run on the road, have you guys changed how you approach this run of dates versus other shows?

Yeah, it’s weird in the promotional aspect, because we’re not just promoting one area, we’re promoting multiple areas. There’s a lot more pressure involved in making sure that the shows on all of the dates perform well.

Absolutely. It’s like, “Okay, this date isn’t looking the greatest. How do I boost this one up?” Or, “How do I contact the locals on this bill to say, ‘Hey, let’s really do our best on this show here,’ without becoming pushy or insensitive?”

You’re playing some of these new songs on the tour. Are you excited to see how folks are going to respond?

Absolutely. You know, the first record was really good as far as an introduction to the band. But this new record? Our sound has matured so much, and I feel like we’ve also matured as musicians and as people—individually and as a group, especially with the new guys added.

We’ve just moved into our sound. You can definitely tell our sound has gotten more refined.

Dreams In Peril play Vivo on Friday, June 3, with Pigweed, Born in Ruin, Torn Asunder, and Rage is My Rival. Details on that show here.