Drake came to the Sprint Center on Saturday night, and now nothing will ever be the same 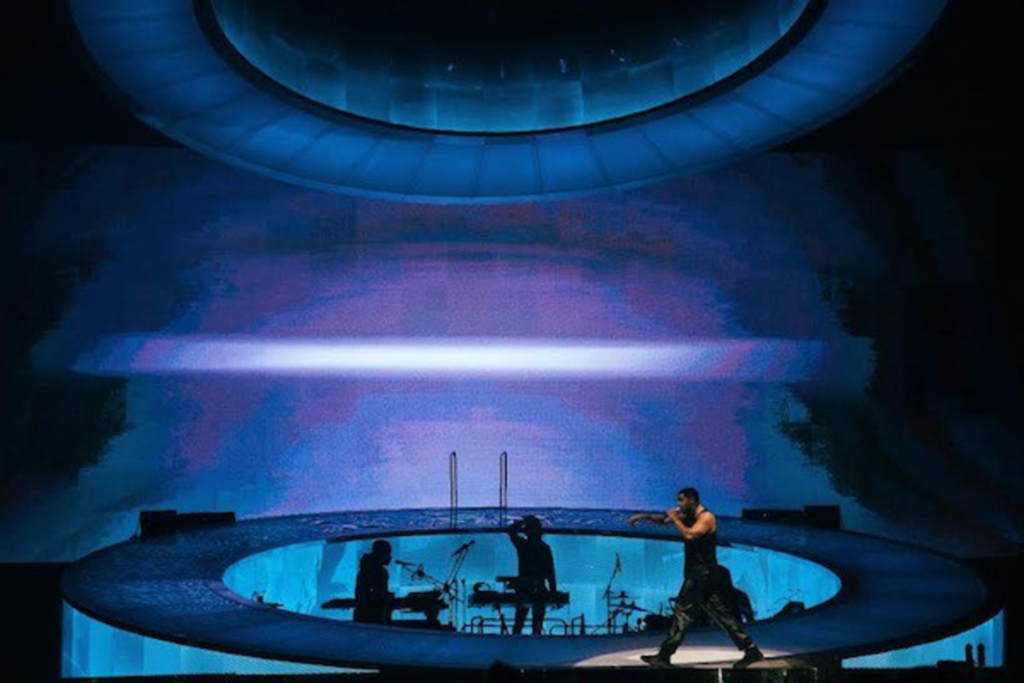 For the full slideshow featuring Drake and Miguel, click here.

On Saturday night at the Sprint Center, it didn’t matter that temperatures outside were meanly low or that the wind was snapping angrily about. There was an astonishing amount of scantily clad ladies tottering around on impossible heels, packed in the arena among the almost-sold-out crowd for Drake’s stop on the lengthy run of his Would You Like a Tour? in support of his third studio album, Nothing Was the Same.

This was, clearly, a highly anticipated show for Kansas City (far more important than, say, Kanye’s Tuesday-night show at the same venue, which drew an abysmal 4,500 people). And the 27-year old Grammy winner was determined to let everyone know exactly how much that meant to him, how much he wanted to, you know, keep it real for ol’ KC.

The stage setup was fairly elaborate: a large circular platform set at an angle, with the center hollowed out for Drake’s DJ and band, set up in front of a massive, curved screen. There would eventually be various smoke machines and even live fireworks. At the beginning of the night, Drake rose up, dressed in all black, from the back of the circle and launched immediately into “Tuscan Leather,” stalking around the platform. (Later, at some point – I lost track of when, exactly – Drake would disappear briefly to change into an all-white ensemble.) He pumped out the first few songs quickly, saying nothing in between but dancing with a joyous face. 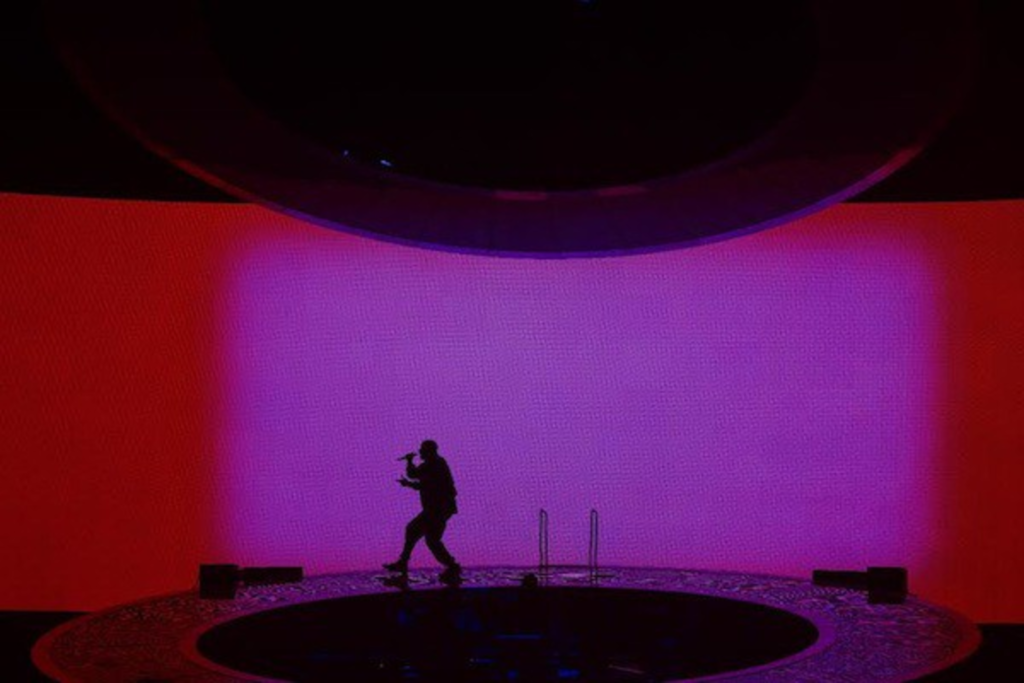 “Don’t stop the music,” Drake directed his band after “Connect.” “Just give the people what they came for. I don’t want to do no long talking when Kansas City is all into shit like that.”

From there, Drake ripped into “Pop That.” The crowd was beside itself. It was on its feet for the entire evening. When Drake wasn’t rapping or doing his little Drake-dance (you know the one), he was pinching his eyes tight, playing an imaginary piano or conducting his hidden band.

The show kept a steady pace. Future, Drake’s first opener and a notable MC in his own right, joined the headliner onstage for “Love Me” and “Same Time.” Two songs later, Drake brought out vocalist Jhené Aiko to sing on “Come Thru” and “From Time.” She stepped onstage barefoot, wearing a flowing, sheer skirt, and her look matched her ethereal voice.

To his credit, Drake did let the music dominate most of the evening, save for a few gratuitous lapses. After Aiko left, he pulled up a young, relatively conservatively dressed female fan named “Keetah” to the stage and told her she looked sexy, then serenaded her with “Hold on, We’re Going Home.” He looked deeply into Keetah’s eyes as he held her hand and sang to her, and Keetah was rewarded further with a hug from the young star.

The female jealousy was palpable in the arena, but the insincerity of Drake’s remarks – “I think I got a hotel room here, right?” he asked his band, and “We’re all gonna watch you walk away,” as Keetah left the stage – were perhaps more distracting than the awkwardness of being sung to in front of an arena full of people.

“I just want to put it in Keetah’s life, just for one night,” Drake told the crowd seriously once Keetah was gone (the audience responded with massive cheers). “But there are so many sexy girls here tonight. It could be any of y’all. I’m not picky, as long as you’re funny and shit. As long as you’re funny.” 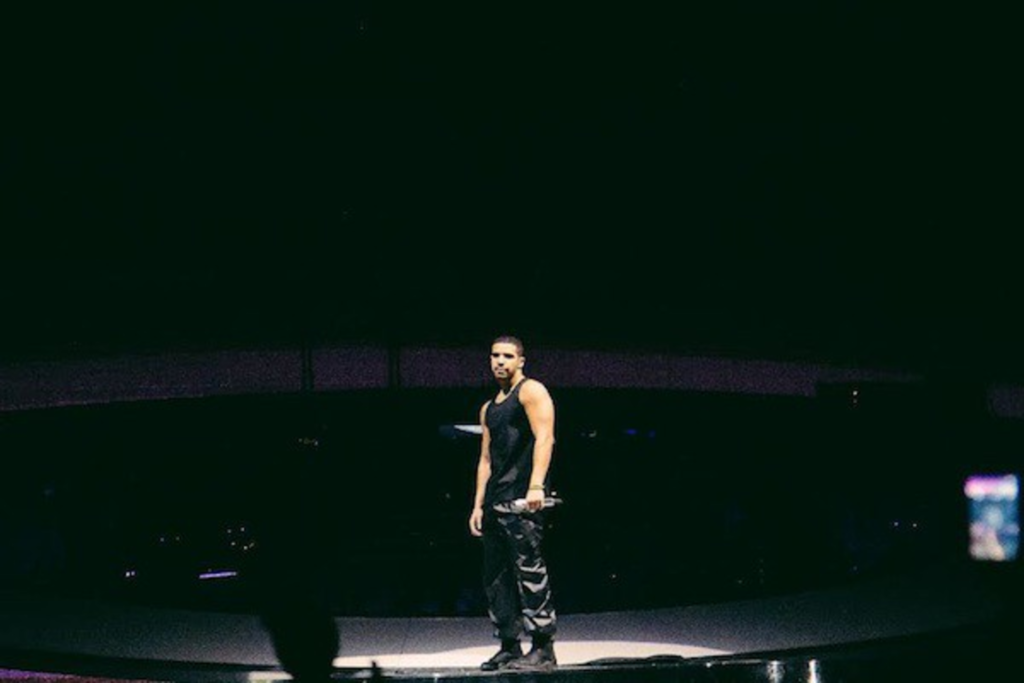 [page]Later, Drake seemed to have forgotten about his commitment to all that “long-talking shit,” as he mounted a circular bridge that was lowered from the ceiling during “305 to My City.” What followed was what Drake called his “favorite part of the whole show,” a 15-minute period where he walked stalked around the platform and delivered shout-outs to countless individual audience members.

These are small concerns, though, considering the undeniable success of the 90-minute show. The stunt with the crowd shout-outs may have seemed gimmicky, but it certainly had an effect: Drake achieved an intimacy with his 17,000 audience members that is rarely found at an arena show. Girls were screaming, gasping; I noticed some particularly young fans who were weeping, such was their ecstasy at making eye contact with the rapper. 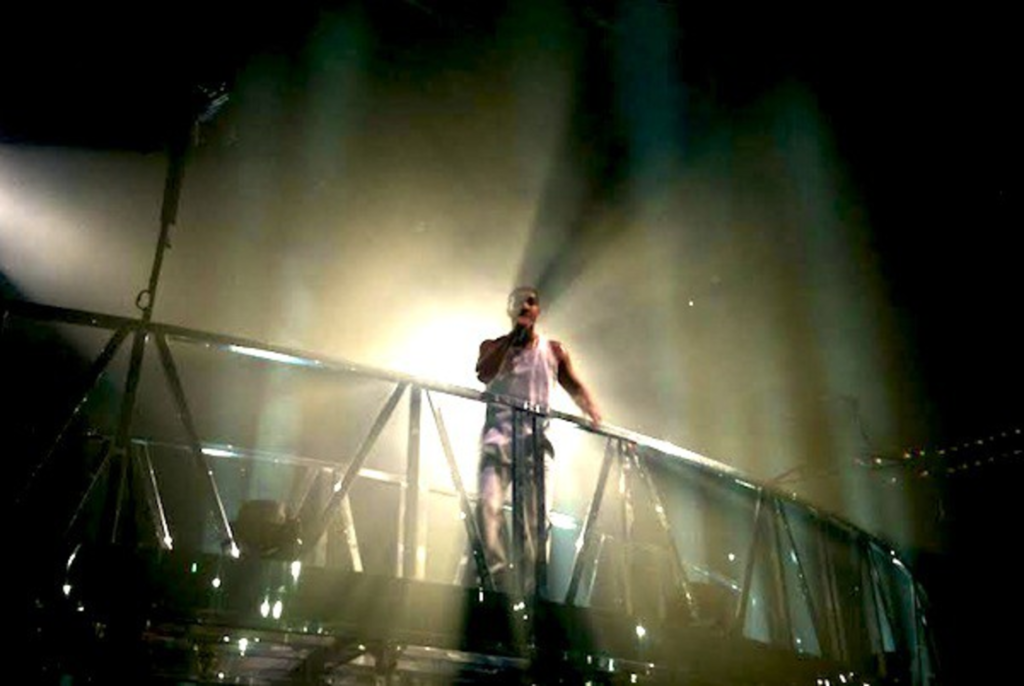 There were a lot of expectations for this show, rescheduled from its original October date. The September-released Nothing Was the Same put Drake at the top of the hip-hop charts in 2013. It slid onto nearly every critic’s “Best of 2013” list, and despite the majority of it being “nothing for the radio” (as Drake smugly admits on “Tuscan Leather”), his tracks dominated airwaves.

Drake is a complicated artist. Nothing Was the Same is by far his most vicious release: He is eerily specific at times, shamelessly superior at others. His voice can sound droning and dispassionate, something that people who aren’t Drake fans often like to point out, and his stream-of-consciousness lyrical style can feel unimaginative – whiny, even.

“Girl, I felt like we had it all planned out, I guess I fucked up the vision,” raps Drake on “From Time.” “Learning the true consequences of my selfish decisions.” 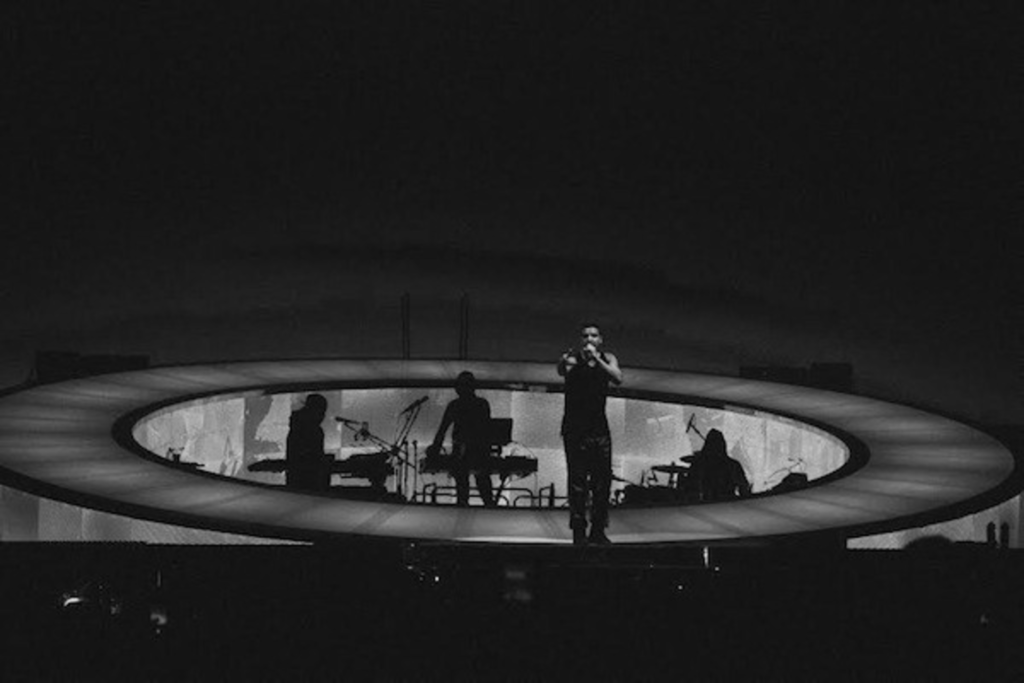 But herein lies Drake’s brilliance. Tucked between the folds of his narcissism, he delivers an honest, open-diary-format confession on the human condition. He is believable and relatable in a way that, even if it is thoroughly calculated, is still genius.

“You know it’s real when you are who you think you are,” he raps on “Pound Cake.” Whoever Drake thinks he is, he’s very pleased with himself about it. And so was everyone at the Sprint Center.

Later, after the show, girls carried their hopelessly spiked shoes in their hands as they walked to their vehicles, blackening their soles on the cement of the parking garage. 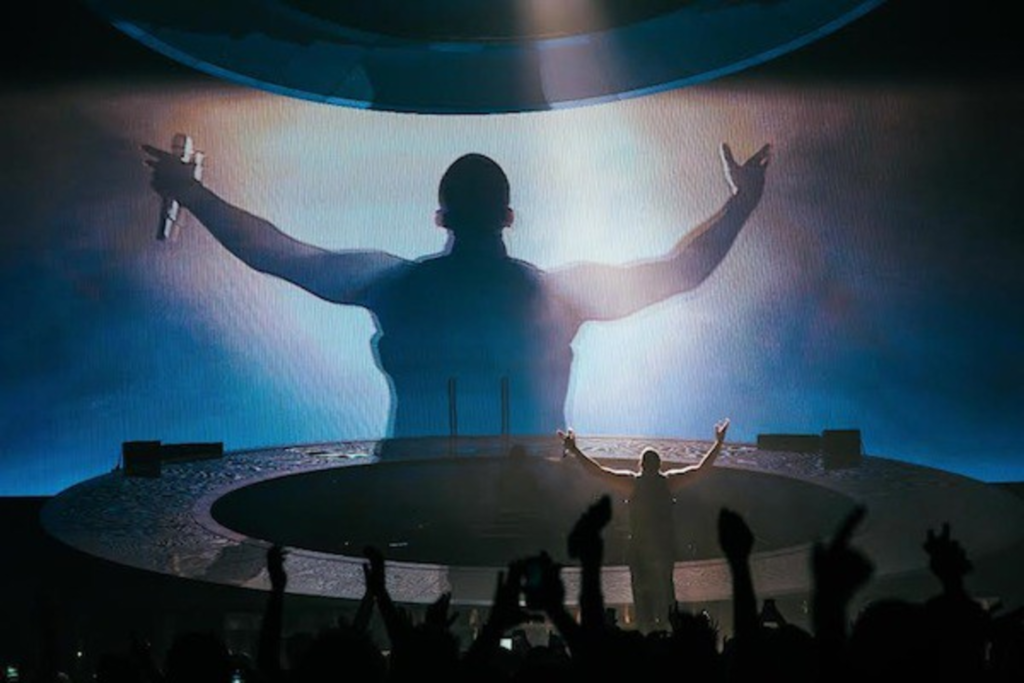 Leftovers: Oh, yes. Miguel, a Grammy nominee himself, is also touring with Drake. His 40-minute set as a second opener was very well-received, and with good reason. The R&B singer is energetic and charming, and though his band sometimes seemed to overpower him, it was never much of an issue. Miguel’s got quite a set of pipes and an undoubtedly bright future ahead, and I wish we’d had a little more time with him.