Dr. Dog’s Zach Miller reflects on more than a decade in the business and writing as a band 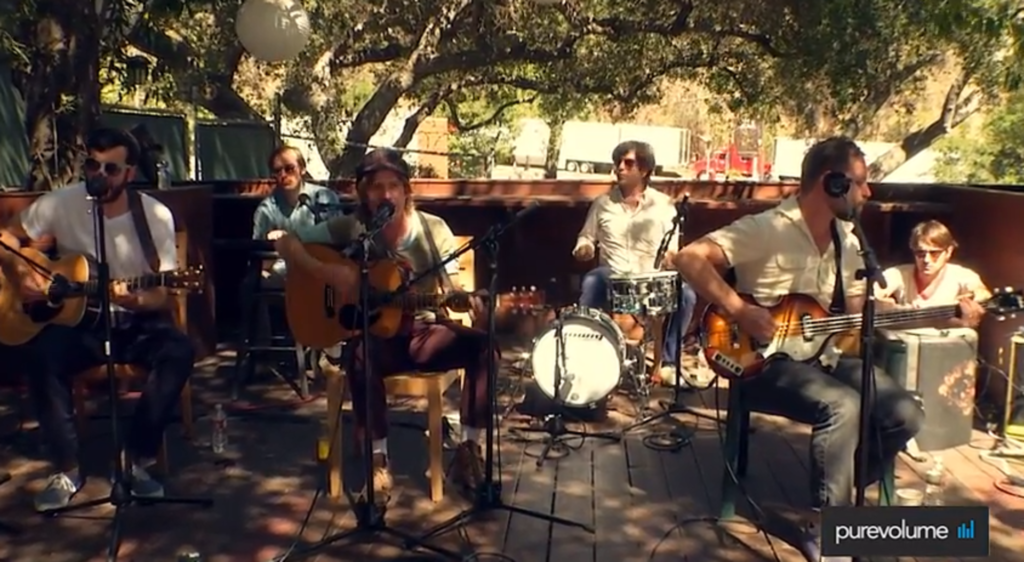 Dr. Dog has come a long way since it first emerged in 2002 with its humble, lo-fi debut record, Toothbrush, and scored a slot opening for My Morning Jacket on two North American tours. Twelve years and a staggering seven albums later, the Philadelphia folk-pop act has achieved something that most bands find only in dreams: stability.

Ahead of the band’s show at Liberty Hall on Monday, March 10, we dialed up keyboardist Zach Miller to get his thoughts on the band’s new record, B-Room, and how rock and roll has claimed his life. Miller picked up the phone in the middle of the tour as he was walking around Phoenix, buying records and eating food.

The Pitch: You guys released your debut record 12 years ago. What have you learned after over a decade in the music industry? What have been the biggest surprises along the way?

Zach Miller: I really had no experience – no idea what touring was like before we started doing it. The image in my mind was like the Guns ‘N’ Roses sort of stereotypical, debaucherous hair metal ’80s band and partying all night long. Something that really helped us was touring with My Morning Jacket, which was our first tour outside of Philadelphia, because they weren’t like that at all. Those guys were so focused on the band. They were sort of the antithesis of that party lifestyle.

I think we’ve had a very healthy growth as a band. We’ve had a lot of bands open up for us and then they go on to blow up in some kind of fashion, but that kind of success can be fleeting as well if you’re not careful. Whenever I feel envious of those bands that are in the limelight, I always come back to where we are as a band and feel thankful that we don’t have the pressures of that giant success. It’s been a very steady build for us.

We’re a pretty professional organization right now. It seems like it could go on forever. We’re supporting ourselves and living off music and have been for six or seven years. Even more so now – people are coming out to our shows despite the record sales, which is a tough way to judge anything in this day and age, in the twisting sand of the record market, it’s tough to tell if you’ve succeeded based on that, people are buying fewer and fewer records every year.

You guys are known these days for having a really energetic live show. There are plenty of artists that prefer recording to playing live, and vice versa – as a band, where do you feel Dr. Dog is in its element?

It’s always been complicated with us, because we never really come together as a band. For years – three or four years, in the beginning – we didn’t exist as a live band except for four shows a year in the very early days. It was a recording project, essentially. We were all in other bands in addition to Dr. Dog, but this was the one thing we all really wanted to do.

It was always strange to think of ourselves as a live band, because that wasn’t in the beginning who we were. It wasn’t like we were capturing something in the room – it [our first album, Toothbrush] was a totally ground-up process on a multi-track tape recorder, layering stuff. That’s how we came to learn the songs. It wasn’t through playing together. It wasn’t happening in the moment. It was a very deliberate, additive process.

Is the songwriting process different now from how it was early on?

Now it’s just a much more organic process. It comes much more from playing together – this album [B-Room] more so than any other one. This last album is a lot more of the band playing together continuously. The songwriting on this was a lot more collaborative. We jammed in the studio, and it was much less of the cut-and-paste technique than we’ve done before. Pretty much every song was a live recording session.

I love the lyrics in “Rock & Roll”: Who’d have known it would be rock and roll that would terrify and eat me/that would haunt me so completely? It feels like you’re saying that music has been both the greatest love of your life and your greatest Achilles’ heel.

I think that it’s necessary that something you’re passionate about would also be your greatest tormenter. I think when things aren’t going the way you expect them to or you struggle, it weighs on you much more than if it were something you weren’t as passionate about. That lyric sums up a lot of things for us: how something can be so good that it almost scares you, it’s disturbing in some way. It’s a very rich emotion that we all feel from our music and music in general.