Dozens arrested at Stand Up KC strike at 14th and Prospect 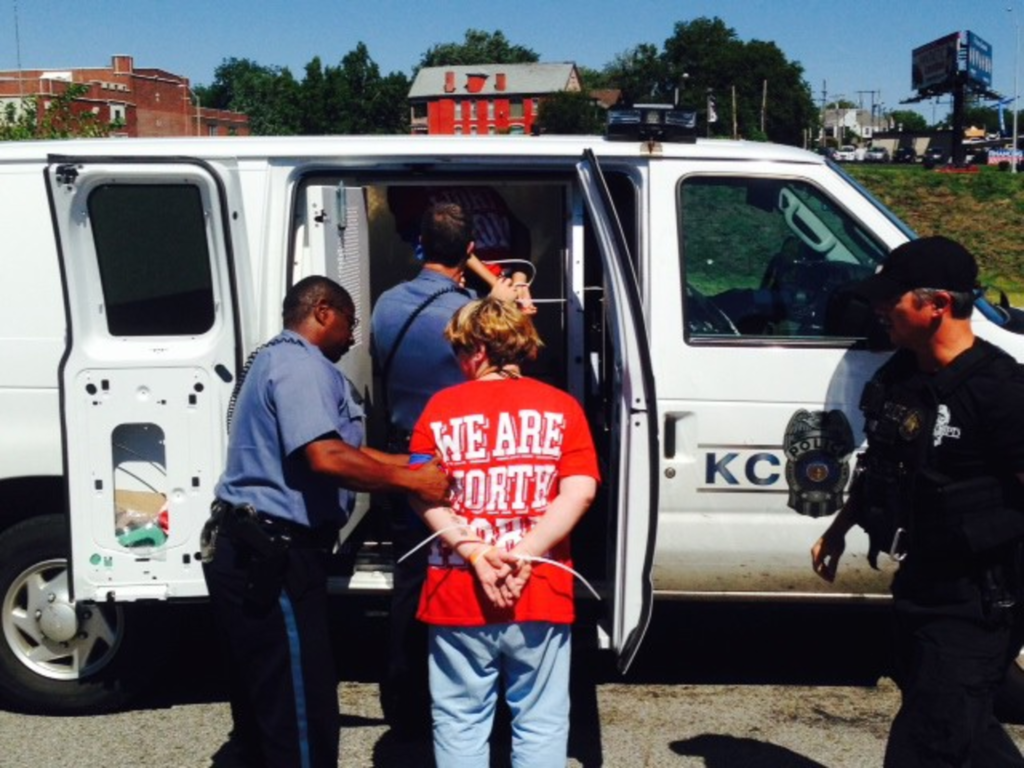 Not much of a lunch rush today for the McDonalds’s drive-thru at 1421 Prospect. Police closed off Prospect between 14th Street and Truman Road (as well as the adjacent Prospect exit on Interstate 70) after hundreds of protesters held a rally demanding $15 an hour and unions for fast-food workers.

Stand Up KC, as the group is known locally, was participating in a coordinated strike that has grown to 150 cities nationwide. Some protesters wore their work uniforms — Burger King, McDonald’s, Jimmy John’s, Sarpino’s Pizzeria. Others wore red T-shirts with “Stand Up KC” on the front and “We are worth more” on the back. Starting around noon, there were megaphone-led chants, like “Get up, get down, KC is a union town,” and “No more Big Macs, no more fries, make our wages super-size.” One woman held a sign that said, “I work at McDonald’s and I’m going to jail for my five kids.” 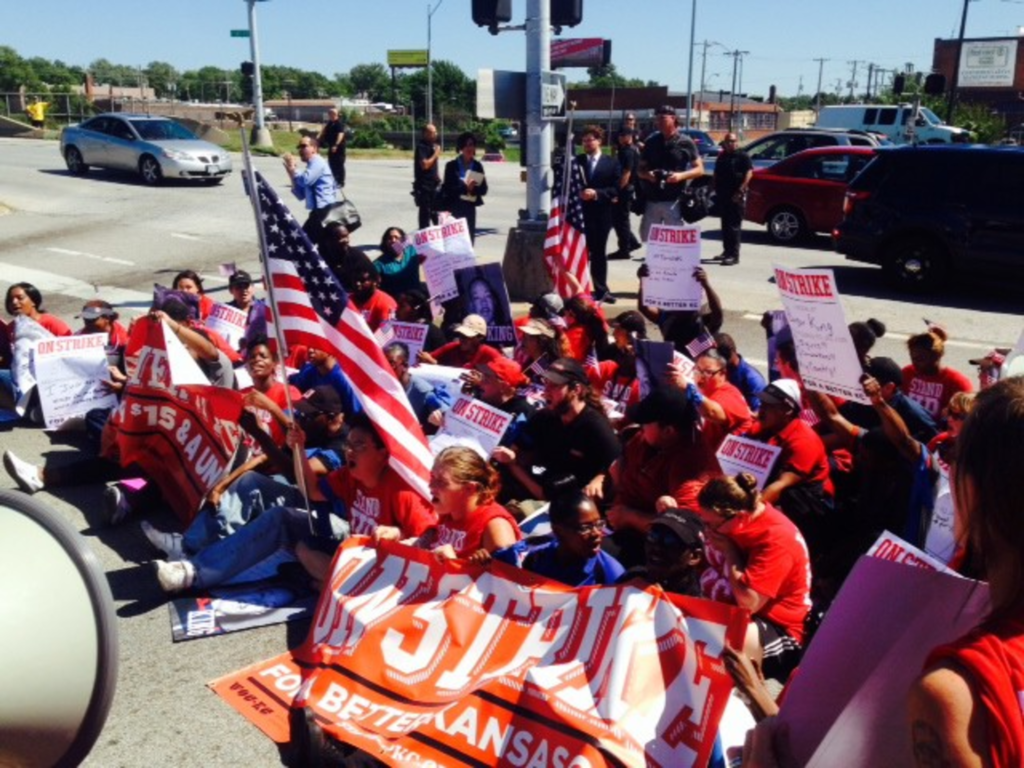 To that end, several protesters — 50, maybe — engaged in peaceful civil disobedience, sitting down near where the highway off-ramp meets the corner of 14th and Prospect and refusing to move. Eventually, the police called for backup, and one by one the protesters were cuffed with white, disposable hand-tie restraints and led away to the police wagons. (Similar outcomes occurred in Detroit and Chicago.)

It was not an especially tense atmosphere. The police were respectful, even courteous. It is, after all, less than a month from the events in Ferguson. In a primarily black neighborhood, with dozens of photographers and TV crews swarming, the KCPD knows better than to treat a peaceful rally with brute force. I saw one officer gently explain to a protester how to hold her hands so he could tie them up. 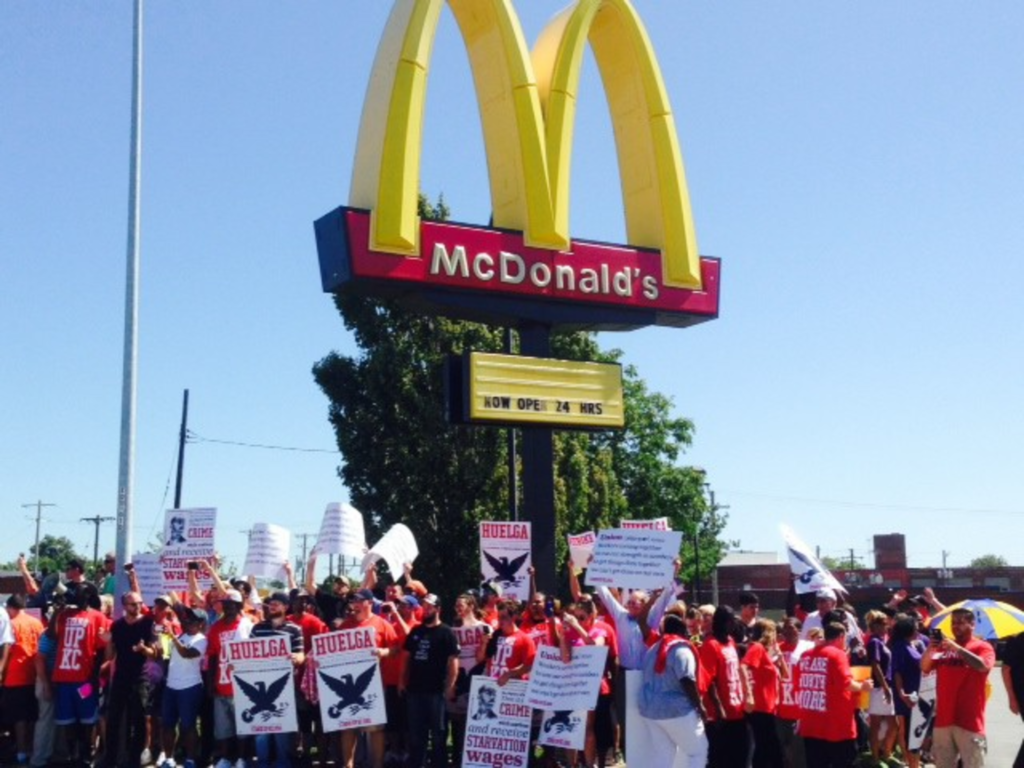 As the last of the disobedient citizens were loaded into the van, the crowd across the street started in on a new chant: “We’ll be back,” they shouted. “We’ll be back.”