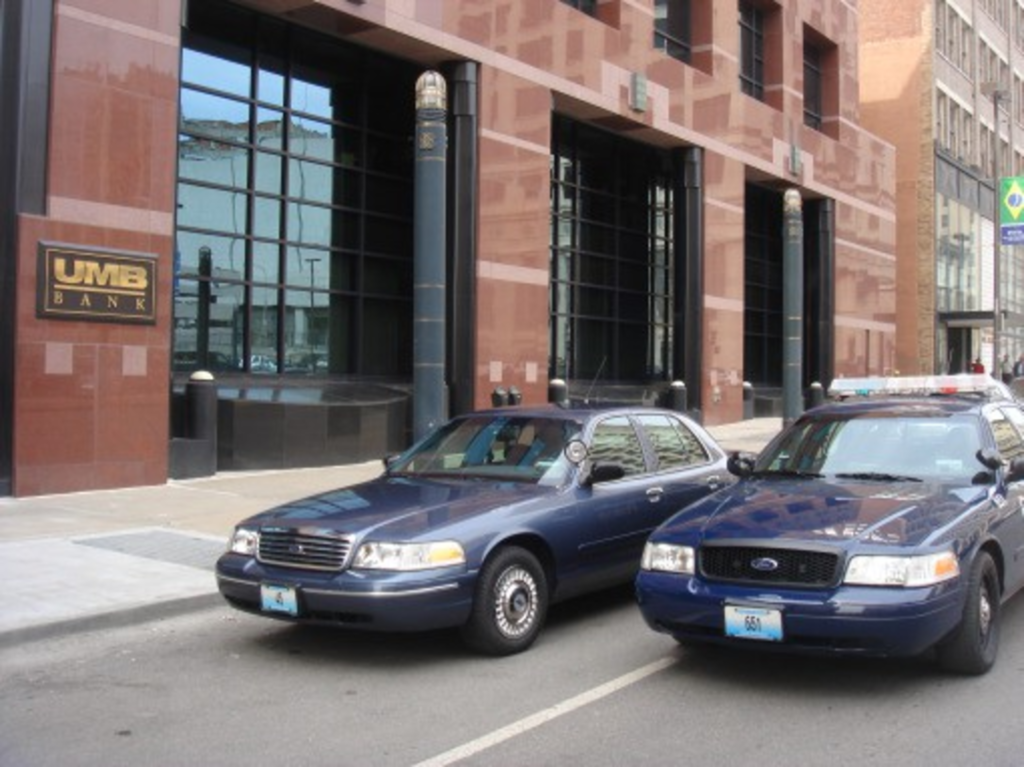 When we heard that the UMB Bank at 1010 Grand Boulevard had been robbed — thanks Chris Packham! — we assembled The Pitch Action News team. Cops were still scanning the scene when we arrived. We talked with an officer who filled us in on what went down. The officer said they they were looking for a fat white guy in his late 40s or mid-50s wearing a bomber jacket and a rolled up stocking hat. The guy went into the bank with a gun wrapped in a newspaper. He placed the concealed weapon on the counter, unfolded the paper and demanded money, the officer said. The officer wasn’t sure how much the guy got away with. He thought the robber might be the same guy who robbed the Bank Midwest branch at the Town Pavilion at 1111 Main Street on February 13.

in the street, and while it’s possible the guy had a driver waiting for

him out of site, it’s also possible that he jumped on a bus at a nearby

stop and left the area inconspicuously, possibly dumping his jacket in

the trash on the way out.

By the time we got there, the police had already stopped four fat

middle-aged men — none of whom wore bomber jackets — just because

they matched the description. Wrong guys.

We could see a photo of the perp on the news soon. The officer was sure the robber was captured on at least one of the cameras in the bank and also on the cameras mounted on the buildings and stop lights surrounding the area.