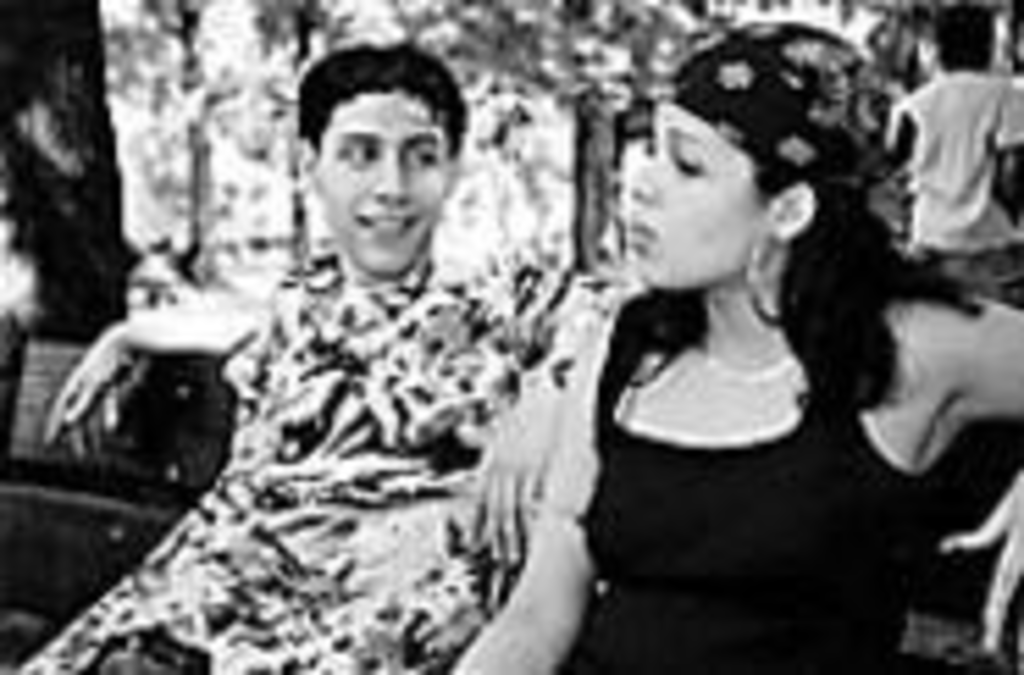 Seniors pay a dollar less to see the two movies featured at the November 20 Kansas City Filmmakers Jubilee screening, but the bargain is offset by the threat posed by two-and-a-half hours of stroke-courting shaky camera work.Filmmaker Jesse Scolaro produced Manito (which Eric Eason directed) and also wrote and directed Deprivation; both earned praise on the festival circuit despite their sometimes assaultive reliance on handheld camera and, in Deprivation‘s case, Cuisinart editing. Neither Manito‘s attempt at immigrant street poetry nor Deprivation‘s dance with predatory male bonding pushes free of prevailing indie currents, and Scolaro’s directorial debut drowns in its own overplayed menace. Scolaro, a founder of New York film-production collective the 7th Floor, speaks at the Westport Coffee House at 6:15 p.m. Manito plays at the Tivoli (4050 Pennsylvania) at 7:30 p.m. Deprivation starts at 9; a Q&A session follows. Students and Film Society members get in free, brave seniors ante $5 and everyone else pays $6. See kcfilmjubilee.org or call 913-649-0244 for information.— Scott Wilson

Transgendered people are human, too.

This is the fifth year for the international Day of Remembrance, a somber but empowering event triggered by the violent death of Rita Hester, a Boston-area transgendered woman. “Her death outraged the transgender community because all of the press referred to her as a he, even though she’d lived as a woman for ten years,” recalls local participant Jamie Tyroler. “This is to remind everyone that one of the things that tends to happen is that our humanity gets lost.” A 7 p.m. vigil at Spirit of Hope Metropolitan Community Church (3801 Wyandotte) honors the memories of transgendered murder victims.— Steve Walker

There’s something fascinating about photographs of dancers. And it’s not just because of their athletic bodies. For photographer Mike Strong, whose photos of City in Motion dancers are being auctioned off until January, dancers in performance are like a species unto themselves. Seen through his viewfinder, they have the grace and magnificence you might otherwise find in a nature documentary. Strong is a dancer himself and hopes this allows him to capture not only the movement but also that elusive something he can’t explain. His photos include images of professional local dancers and dance students alike, with most subjects coming from Aha! dance and City in Motion. His work is on exhibit at the City in Motion studios (3925 Main Street), where they can be purchased during open hours and online at artfuldancer.com.— Liz Smith