Supporters of the ‘Personal Privacy Protection Act’ say the Parson administration is relying on an overly broad interpretation that is undermining transparency laws. 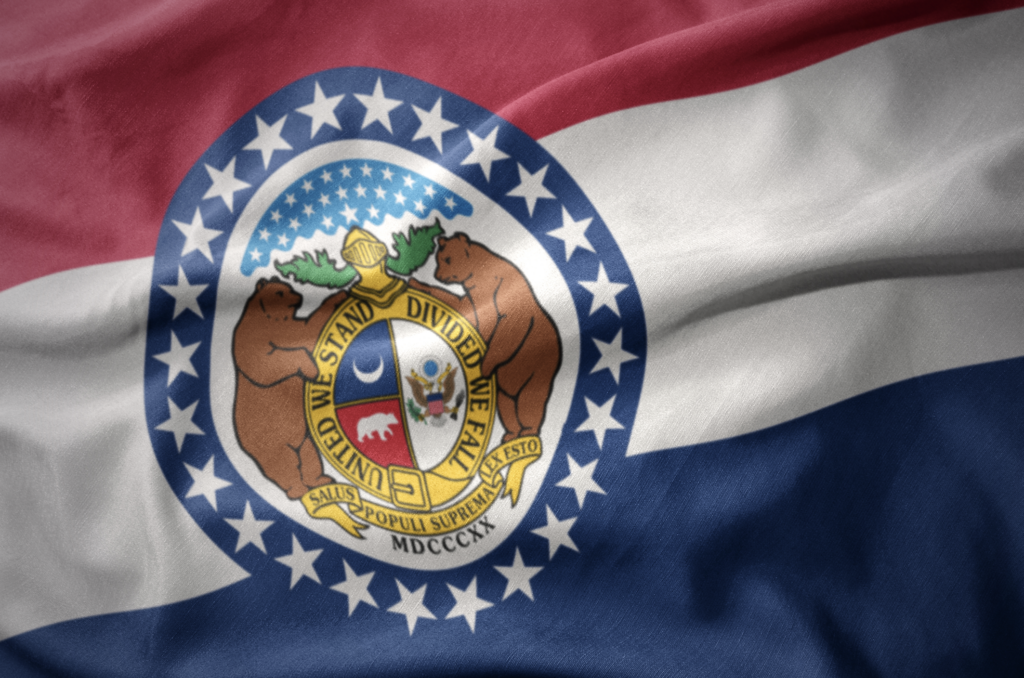 Over the course of two nights in early December, Gov. Mike Parson hosted a holiday gala for individuals and corporations who donated money to the nonprofit that helps maintain the Missouri Governor’s Mansion.

Who were the big donors who cut a check and got to dine with Parson and his taxpayer-funded staff? The Governor’s office won’t say.

Citing a law passed last year designed to shield nonprofits from having to disclose their donors to government agencies, Parson’s office redacted nearly all information from the event’s program when it turned it over as part of a request under Missouri’s Sunshine Law.

That included blacking out the gala’s sponsors and other donors who attended — even the publicly available names of the nonprofit’s board of directors.

The redacted gala program is just the latest example of how the new law — dubbed the “Personal Privacy Protection Act” by its supporters — is impacting transparency in state government in ways large and small.

Among its most high profile effects: The law was cited by the Parson administration as justification to shut down immediate public access to state contracts, and has raised concerns that it could conflict with existing laws regarding records of investigations by law enforcement agencies.

Its impact has also been felt is smaller ways.

The Department of Public Safety, for example, no longer includes any names of individuals associated with nonprofits in public communications, even going so far as to crop out images of Red Cross volunteers from social media posts.

Parson’s spokeswoman didn’t respond to requests for comment. But the law’s biggest boosters argue the administration’s interpretation of the law is absurd.

“It’s as if no one is actually reading the text of the law,” said Ryan Johnson, a local elected official in Cass County and former lobbyist who helped lead the effort over the last three years to enact the Personal Privacy Protection Act into law

The issues being raised in Missouri, he said, have not been a problem in “any of the other 13 states where this language has passed.”

The law was designed to protect the privacy of “Missourians that wish to support the causes they believe in,” Johnson said, “without fear of having their name, home address and other sensitive information broadcast to their family, employer, neighbors and others who may disagree with their beliefs.”

He added: “It does not, in any fundamental way, disrupt the status quo.”

But others aren’t as convinced.

The law includes language prohibiting government agencies from releasing, publicizing or otherwise publicly disclosing any information that “identifies a person as a member, supporter, or volunteer of or donor” to a nonprofit organization.

“The restrictive language under the Personal Privacy Protection Act seems to be fairly comprehensive,” said David Roland, a veteran transparency advocate who serves as director of litigation for the libertarian Freedom Center of Missouri.

At least one bill has been introduced in the Missouri House this year by a Republican legislator seeking to amend the law by exempting from disclosure prohibitions any personal information submitted to the state by an entity seeking a contract.

It would also exempt personal information voluntarily provided for the purpose of public outreach or marketing “intended to show appreciation, inform and or educate,” among other provisions. 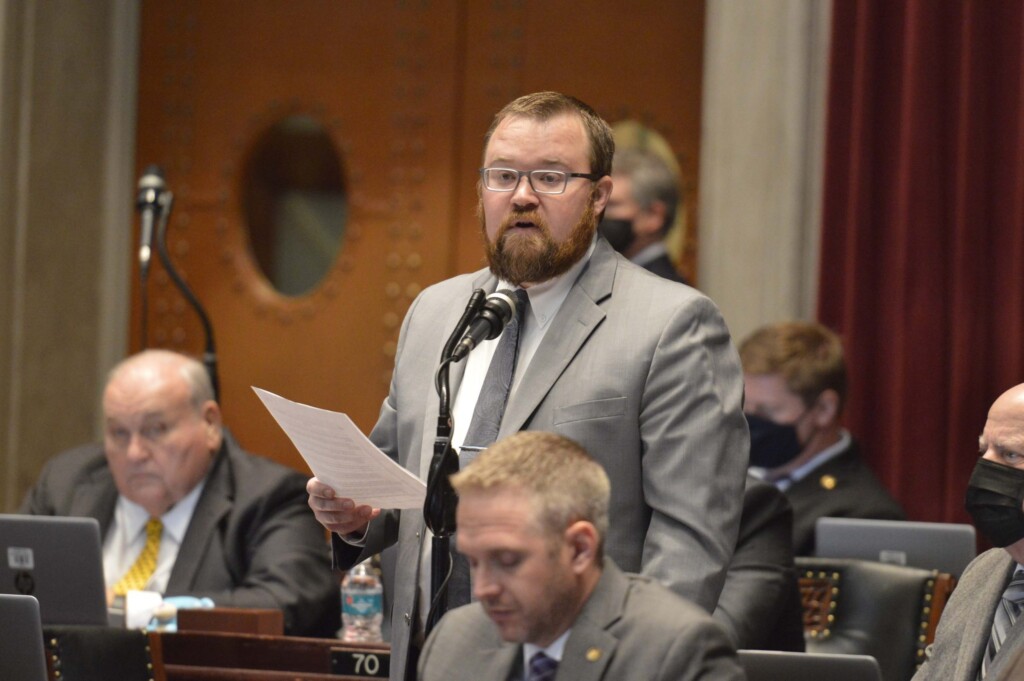 The Personal Privacy Protection Act was pitched as necessary to protect people’s privacy to donate to causes. Proponents pointed to a law in California struck down by the U.S. Supreme Court that mandated nonprofits disclose large donors as a reason to take action.

The proposal received support from an ideologically diverse group, including the ACLU of Missouri, Americans for Prosperity and People United for Privacy — all of which have 501(c)(4) arms, an Internal Revenue designation that allows them to participate in political activity without having to disclose their donors.

The Missouri Independent is an affiliate of States Newsroom, a 501(c)3 nonprofit that discloses its donors.

State agencies raised concerns about the proposal as it was making its way through the legislative process. Records obtained by The Independent show officials within the Parson administration doubled down on those possible red flags soon after the legislation was approved by lawmakers and on its way to the governor’s desk.

In a May 20 memo, the legislative director and general counsel of the Department of Public Safety wrote that the new law could undermine efforts to work with nonprofit partners, and that it could conflict with existing laws regarding records of investigations by law enforcement agencies.

The Personal Privacy Protection Act, they wrote, could hinder prosecution of certain unlawful activity, explaining that “it is unclear how a prosecution for a crime such as theft from a nonprofit organization could occur that would be consistent with (PPPA) and the right to a public trial…”

Questions from The Independent about the law’s impact on investigations were forwarded by a DPS spokesman to the Missouri State Highway Patrol, which said it would not be able to comment other than to say it complies with the Personal Privacy Protection Act.

Also last May, the Department of Revenue’s legislative director warned in a memo that the new law would negatively impact the agency’s ability to effectively administer tax credit programs “that depend upon an individual making a financial or non-financial contribution to a nonprofit organization.”

The memo also said the law could “be so inconsistent with the statutes authorizing such tax credits that the credits are no longer administrable.” Specifically cited in the memo were the donated food tax credit, the educational assistance organization tax credit, the pregnancy resource center tax credit and the diaper bank tax credit.

It’s possible, the memo said, that the law “may interfere with DOR reviewing or auditing withholding and income tax obligations of 501(c) organizations.”

A spokeswoman for the Department of Revenue said no lost revenue has been identified as a result of the legislation, but “we have not completed a tax season since the passage of this law. Any guess related to a future loss of revenue would only be speculative at this point.”

Public records give no hint of whether Parson was concerned about the issues being raised within his administration. He signed a wide-ranging bill that included the Personal Privacy Protection Act on July 1 with no mention of the donor privacy provisions.

The Office of Administration — the agency that handles state contracting — pointed to concerns that the law would require it to limit public access to contracts that were, at the time, available on a state transparency portal.

In a preview of what would take place a month later, the agency’s director of purchasing, Karen Boeger, wrote in an early August email to administration officials that if the transparency website was taken down, anyone from the public seeking a copy of a potentially lucrative contract with the state would need to file an open records request instead.

That would give the agency time to “manually review and redact any 501c identifying data,” Boeger wrote, though she added that this will create a “significant bottleneck for the public getting access to purchasing records.”

The Parson administration’s decision to shut down immediate access to state contracts drew a sharp rebuke from the Republicans who championed the Personal Privacy Protection Act.

“The plain language of the bill does not interfere with our Sunshine Law as it relates to state contracts,” former state Rep. Jared Taylor, R-Nixa, said at the time.

Johnson said he can’t “fathom how publication of these items would cause a problem, especially because the law is not intended to be retroactive.”

Parson has had a rocky relationship with state transparency laws.

In response, Parson’s office pushed for legislation to essentially reverse the ruling and allow government agencies to withhold more information from the public and charge more for any records that are turned over.

Parson’s office listed the change among its legislative priorities for 2022. Public records show Andrew Bailey, Parson’s general counsel who was recently appointed to serve as Missouri attorney general, met with the legislative sponsor of the Sunshine Law bill shortly before the 2022 legislative session.

The legislation failed to garner much traction, though a similar bill has been introduced this year that Roland, the attorney and transparency advocate, said would “severely curtail the information available to the public.”

As for who attended the December holiday gala in the Governor’s Mansion, the Personal Privacy Protection Act has Parson’s office convinced it must remain tight-lipped.

But the law has no such restrictions on the nonprofit that received the funds, Friends of the Missouri Governor’s Mansion.

While it didn’t name the donors who attended the festivities, it did post on its Facebook thanking by name the corporations and individuals who sponsored the gala.