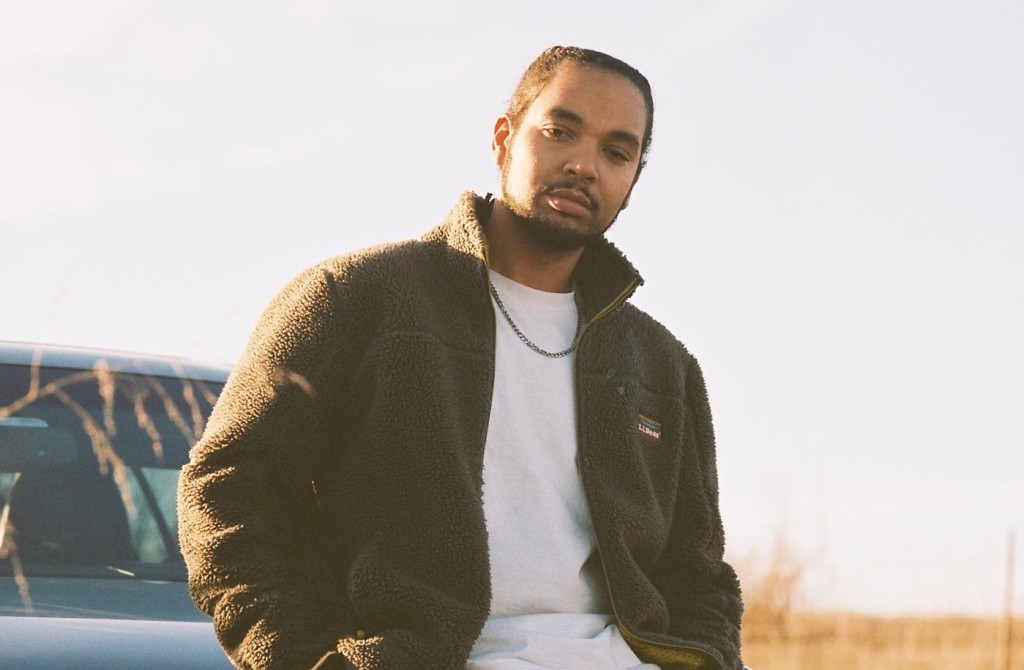 Dominique Hall, better known as Dom Chronicles, is building the reality he wants for himself.

Rapping isn’t the only thing he has his hands in. He also started  local creative management company Reality Makers Co., and Grand Rising, a holistic and spiritual wellness club that focuses on health and community.

Dom Chronicles’ new album Still Learning, produced by Kansas City-based House Party, sounds like the intersection of all of his creative endeavors coupled with the self-actualization of adulthood.

We caught up with Dom Chronicles to discuss the new album, personal growth, and plans for the rest of 2022.

The Pitch: When listening to Still Learning, it feels like there’s a solid tie to Let’s Go Outside. What’s one of the biggest lessons you’ve learned over the past few years?

Dominique Hall: You have to let it flow. It’s about not forcing things and letting things come to you more. It’s definitely an exercise, and you have to create to build your skills.

The way I create is a little bit different now. I don’t feel bad for working on something for three hours and only coming up with one song. It’s about learning to be okay with my process and others,’ too.

The second song on the album is the title track. A line stands out: “All you can do is allow the universe in.” As Black folks, many of us were raised in religious households, but not all of us identify with a specific religion as adults. During my teenage years and my early 20s, I spent a lot of time grappling with my religious/spiritual identity. Is that something you went through?

I never really had any conflict when it came to that stuff. As we talked about earlier, I was raised in a very open household. My grandma even talks about this stuff. My grandparents aren’t heavy on spirituality and religion. They think on a complete spiritual basis. My concept of what spirituality is and what I try to abide by is that it came to me naturally.

“GS350” and “HARD TO BELIEVE” are two notable songs from a production standpoint. There’s a good balance of classic hip-hop beats and some electronic and house influences. When did you and House Party initially meet? Can you talk about working together on Still Learning?

I met House Party, or Alex, around 2015. I used to be a manager at Zumiez, and he would always come in. He was friends with a kid that I was managing at work, and he always did graphics. He’s been doing mine for a long time. He created the entire Reality Makers aesthetic and logo and was supposed to make the original cover back then, but Kendu ended up doing it. We ended up still working together after that, and he made a lot of my old merch.

When listening to Still Learning, you could tell both of you have strong creative identities that blend very well.

Yeah, it’s really easy to work with him, because I’ve seen him grow from being a kid. I met him when he was 17, you know? Even though Zumiez is the corniest skate store ever, I’m grateful for that position. There wasn’t a lot else, and I used it as a hub to meet a lot of people that still fuck with me to this day.

You released the “HOLD IT DOWN” remix featuring Sir Michael Rocks ahead of the album. First off, it’s an excellent reimagination of the song. How did it all come together?

He sent me the beat, and it was ironic when I’d been listening to Cypress Hill and shit, so it reminds me of “Hits From The Bong” and has that laid-back, hazy feel to it. Originally, the “HOLD IT DOWN” remix was supposed to be over the original beat. I was going to re-release it maybe a few months after, but it didn’t line up like that.

On the second half of the album, you have a track with Aaron Alexander called “PASSTHEWEED2U.” I was happy to see him a part of this project because he’s extremely talented. Can you talk about working with him?

We have a couple of tracks together. He works with this producer name Lnrd D$troy, so I ended up getting Aaron on another track a long time ago. Then he started getting active again, and I heard some of the tracks he was doing with Lnrd. We just started hanging out; you know what I mean?

That’s the thing I like to do. I like to hang out and not immediately start working on something. For the most part, it’s about getting to know each other. That’s what creates chemistry on tracks and makes music what it is.

So yeah, I just showed him that beat, he got me a verse back immediately, and he snapped on it. Since then, we’ve made another track that’ll be on his upcoming project. We have two songs that haven’t been released yet.

I know you’re a huge fan of books and video games. You and many other people I know have been posting about J Dilla’s autobiography. Do you have any other book or video game recommendations?

It’s been out for a year or two, but if you haven’t played Ghost of Tsushima, you definitely have to play that. Street Fighter 6 is coming out, so I’ll be on that heavy when it drops.

As far as books…The Power of the Unconscious Mind by Joseph Murphy. I always recommend Think and Grow Rich by Napoleon Hill. Those are books I keep on me and will re-read.

To go along with the title Still Learning—if you could go back in time and give your 10-year-old self one piece of advice, what would it be?

Um…man. I would say, “Respect yourself,” and that could go as far as how you treat people, things like that.

But it’s hard for me to give my younger self advice because I wouldn’t tell myself, “Be more of the person you already are.” I feel like who I am has always been there.

Dom Chronicles’ new album, Still Learning, is out now and available for purchase and streaming.