Dog Eat Dog is barking mad, Fleabag itchingly funny, but this week is all about Sherlock’s return 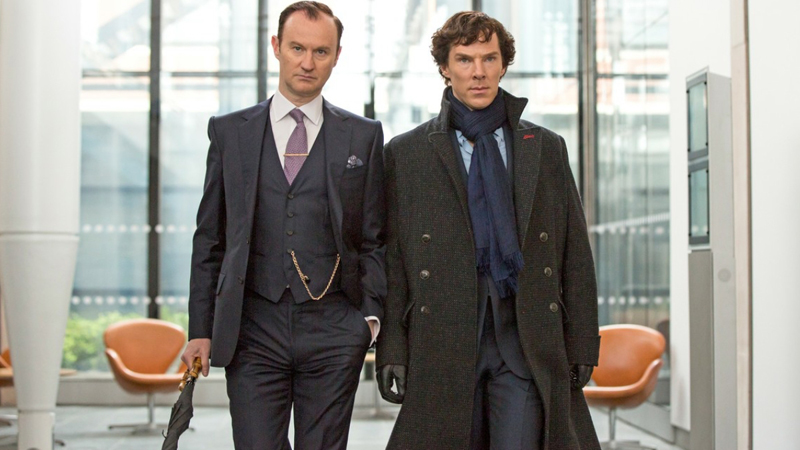 File this one under: Heart, Not for the Faint of. Dog Eat Dog is the latest batshit movie from Taxi Driver screenwriter Paul Schrader, who disowned his last film and hasn’t exactly been a model of consistency since the 1970s.

Nicolas Cage and Willem Dafoe play a pair of amoral ex-cons in this blackest of violent black comedies. It is purpose-built to alienate every possible demographic, apart from Unrepentant Drug-Addicted Murderer Trying to Convince Himself He Can Change When He Knows He Can’t. For those in need of untethered anarchy but prefer it in fictional, non-Trump bites, Dog Eat Dog is new on Blu-ray now.

Produced for BBC Three and made available in America through Amazon Prime, the new British comedy series Fleabag is getting lots of attention from critics. The show’s title comes from the nickname of its narrator and star, comedian Phoebe Waller-Bridge, whose character confesses all kinds of embarrassing feelings while going through one dysfunctional sexual encounter after another. Think Amy Schumer but with even more brutal honesty and a heap of self-loathing. If you’re one of these people who can’t watch a show without any “likable” characters, this is not the production for you.

Today is the perfect time to start binge-watching the new Netflix series The OA before you go out to celebrate the end of an awful year. Created by Zal Batmanglij and Brit Marling (who also stars as the title character), this buzzy series is ostensibly about a blind woman who returns from being abducted after many years, her sight restored. Like the duo’s previous indie projects, Sound of My Voice and The East, The OA is an imperfect concoction of mystery and ambition, but I’ll be damned if it isn’t addictive as hell. Whether the final twist works for you or you hate it, it’s certainly something to talk about at work, around whatever has replaced the water cooler.

The best cure for a hangover is a long day on the couch in your pajamas. Finish The OA and get ready for the Season 4 premiere of Sherlock tonight on PBS. Benedict Cumberbatch is back as the intellectual giant who lives in his own head — consulting detective Sherlock Holmes — for another three-episode season of this modern-day version of Sir Arthur Conan Doyle’s stories. Toby Jones is this season’s villain, and Martin Freeman is back as sidekick Dr. Watson. If you need to catch up, the previous three seasons of this wildly popular show — and its 2013 Christmas special — are all available to stream on Netflix.

Horror novelist Clive Barker directed a gory adaptation of his own The Hellbound Heart in 1987: Hellraiser. Though it wasn’t a huge box-office success, it moved the genre away from slasher films and created the iconic image of a pale bald dude in a leather dress with pins all over his face. Even though Pinhead wouldn’t look out of place at an early Nine Inch Nails concert, he was pretty terrifying back then. Arrow Video’s Hellraiser: The Scarlet Box Blu-ray collects the first three movies in the series (in 2K restorations), comes with a 200-page hardback book, and is stocked with enough making-of docs and commentaries to make Trent Reznor blush.

In 2008 — three years before his death — filmmaker Sidney Lumet sat down for an extensive interview that makes up 100 percent of the narration and commentary of a new documentary on his life and work. By Sidney Lumet premiered at last year’s Cannes Film Festival, and now it’s part of the PBS series American Masters, airing tonight at 7. From his debut, 12 Angry Men  to 1970s classics Network and Dog Day Afternoon, Lumet’s films still bristle with moral rage. Give or take the Diana Ross–Michael Jackson version of the Broadway show The Wiz.

It’s hard to believe that it was just two years ago that North Korea hacked and released a series of embarrassing Sony Pictures e-mails because Kim Jong Un felt threatened by Seth Rogen and James Franco’s The Interview. As immature and uneven as it may be, this lowbrow comedy (which hinges upon the idea that the Supreme Leader doesn’t pee and poo like normal folks) has new resonance now that we have a thin-skinned president-elect who takes to Twitter every time he feels wronged. And with the specter of a closed-off presidency at war with the media, the movie plays a lot differently now. Oh, the old days. You know: two months ago. The Interview is streaming on Crackle, and you can rent it from iTunes and Google Play.