Does the International House of Prayer have designs on Hyde Park? 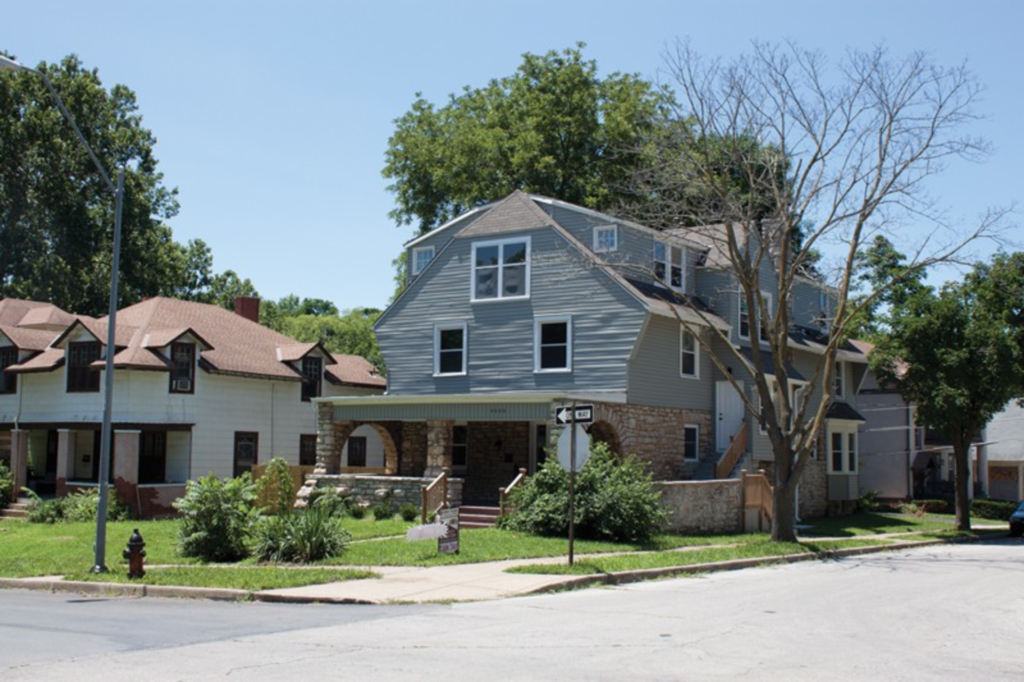 Earlier this year, Private Birthday Party — a collection of unearthed color slides celebrating gay-bar life in Kansas City from 1958 through 1968 — became something of a viral hit, drawing attention from national outlets such as New York and The Daily Beast. Many of the photos were taken at now-closed joints the Colony Bar (3325 Troost) and the Jewel Box (3223 Troost), both of which sat along the eastern edge of the Hyde Park neighborhood.

It was a delightful reminder of Hyde Park’s rich LGBT history, which also includes a strong lesbian community that took root in the 1970s and one of the city’s first LGBT community centers. If you had to pick a neighborhood with the strongest gay identity in Kansas City, you would almost certainly name Hyde Park.

Which is why it is somewhat jarring to see a Glad Heart Realty sign parked on a lawn at the corner of 44th Street and Campbell.

Glad Heart Realty is a real-estate company owned by Diane Bickle, wife of Mike Bickle, founder of the International House of Prayer. GHR more or less functions as IHOP’s real-estate arm; it was “donated” to IHOP in 2008, and all profits generated from the business flow directly to IHOP. For the better part of the past decade, GHR has been buying up real estate in south Kansas City, Grandview and Belton — locations near IHOP’s headquarters, at 3535 Red Bridge Road — and converting many of them into dorm-style residences where the organization’s worshippers and students of IHOP University live together.

Many organized religions have been slow to accept gays and lesbians. But whereas, say, the Catholic Church appears to be gradually softening its stance on homosexuality, IHOP has doubled down against it. Mike Bickle is on record preaching that the “gay-marriage agenda” is “rooted in the depths of hell.” Among the teachings of the IHOP faith is conversion therapy, which is designed to “cure” gays and lesbians of their sexual orientation.

There is also the matter of the group’s missionary efforts in Africa, which communicate a message that has been linked (most clearly in the recent documentary God Loves Uganda; it’s on Netflix) to stoking anti-gay sentiment that has led to lifetime prison sentences for accused homosexuals in Uganda.

It would be tough to fault, say, an aging gay couple on Campbell Street — who saw half their friends die of AIDS in the 1980s — for not rolling out the welcome mat for such an organization. But is that even GHR’s plan?

There are several unusual things about the home at 4400 Campbell. For starters, it’s the only one of 58 properties advertised on GHR’s website that is not in the general vicinity of IHOP headquarters. Its size and design also stand out: On a block of mostly two- and three-bedroom homes, 4400 Campbell boasts seven bedrooms, with five bathrooms and six exterior entrances. It already looks like a dorm of some kind.

The owner of 4400 Campbell is Goshen Homes, whose president is Johnny Youssef — who is also the GHR realtor for 4400 Campbell. Youssef previously ran the IHOP-affiliated Goshen Retreat Center, until the city shut it down. According to Facebook, he’s a district pastor with IHOP.

Goshen Homes bought 4400 Campbell out of receivership in May 2013 for $37,500, after the city declared it a vacant nuisance. Under the terms of the sale, Goshen agreed to invest $70,000 in the home’s renovation.

A clause in Goshen’s purchase contract also stipulates that, if the house didn’t sell as a single-family unit within six months, Goshen Homes could then present a plan to the city and to the Hyde Park Neighborhood Association to convert 4400 Campbell into a multifamily residence.

A few Hyde Parkers I’ve spoken with have suggested that Youssef is all but ensuring this outcome with his listing price of $424,900 (originally $475,000), which they say is far too high.

That figure does appear a bit optimistic. In Sunny Slope, the subdivision in which 4400 Campbell sits, the highest-priced home sold in recent times went for $225,000, back in 2005. Two homes in the adjacent Hyde Park South subdivision have gone for more than 4400 Campbell’s current asking price — one for $442,500, another for $750,000. But both are within a block of the Kansas City Art Institute, which is a substantially ritzier neighborhood.

Youssef responded on a Hyde Park Neighborhood Association Facebook page to a Pitch blog post last week that raised questions about IHOP’s possible footprint in the neighborhood. “I have absolutely no intention of turning the property into a ‘dorm’ for students in the International House of Prayer,” he wrote. “Glad Heart Realty is the real estate company I work for and I listed the property with them; that is the only involvement of Glad Heart Realty with the property.”

He also noted that he has aggressively advertised the home on MLS, Zillow, Craigs­list and other sales outlets. And he justified the listing price by pointing out that, at 4,600 square feet, 4400 Campbell is twice as large as nearby residences, making it hard to compare with other Sunny Slope properties.

Fair points. But cattycorner from Youssef’s property, at 4343 Campbell, longtime Hyde Park resident Eddie Tapper is at work renovating a home of similar size: three floors, eight bedrooms, four bathrooms. Tapper isn’t yet ready to estimate what his listing price might be when he puts 4343 Campbell on the market, but he tells me that the figure won’t be nearly as high as 4400 Campbell’s asking price. “Maybe if it was on the other side of Gillham,” he says.

Tapper also says he has already seen some interest in 4343 Campbell. July 2, he found a handwritten note in his mailbox from Youssef, asking that Tapper contact him at his Glad Heart Realty e-mail address. It reads:

You have a beautiful-looking house! I’m very interested in maybe buying it. I’m an owner on the block and I love this neighborhood and house. Will you please call me and let me know more information about it?