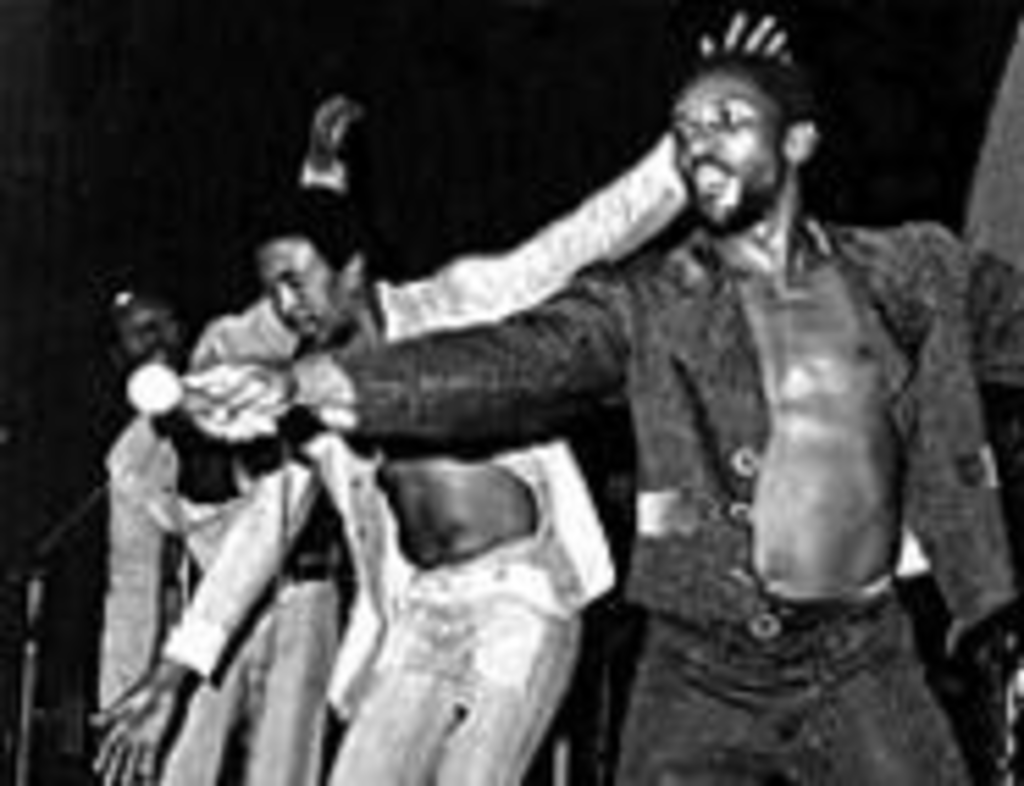 “Living legend” is an appropriate term for noted sexagenarian subjects, but there’s a distinction to be made between artists who truly deserve that title and dinosaurs who owe their misleading designation to lazy critics and overzealous fans. What makes, say, Chuck Berry and James Brown more legendary than other musicians who have spent the past decade living off their hits from generations past? Could it be because neither has descended into self-parody? Might it be their well-documented walks on the wrong side of the law? Or is it because they practically invented their respective genres? Based on those criteria, any way you slice it, Jamaican-born-and-bred reggae kingpin Frederick “Toots” Hibbert qualifies.

For a living legend, though, Toots is shockingly accessible. While most people who have reached his stature in the music industry surround themselves with a labyrinth of yes-men more impenetrable than the National Security Council, Toots allows his management to give out his home phone number in Jamaica to anyone claiming to be a reporter. When Toots is nowhere to be found around the house, no one hesitates to reveal his cell number. Keep in mind, this is the man who invented the term reggae (on 1968’s “Do the Reggay”), who spent eighteen months in jail on a trumped-up ganja charge in the early ’60s and who had a Grammy-nominated album as recently as 1998. Of the few remaining links to reggae’s roots, he is perhaps the only one still recording new music in the studio, which is where, after a little tracking, the Pitch caught up with Toots.

“It’s gonna be a number-one album,” Toots claims matter-of-factly, without a trace of irony or braggadocio, when asked about his first studio release in almost five years. There’s little reason to doubt what Toots says, and not just because his Jamaican patois makes him sound more clairvoyant than Miss Cleo. Three of his last five full-lengths have been nominated for Grammys, and he has enjoyed gold-selling success in all corners of the world. With “Beautiful Woman,” he even scored a platinum single — a feat unheard of for reggae artists who don’t rap about “banging on the bathroom floor.”

“I care about the awards,” Toots continues with breezy confidence, “but I don’t worry about it, because I know I’m worth more than that as one of the true, original reggae artists, you know?”

Unfortunately, it seems fewer and fewer people do know, or at least recognize, the contribution to popular music that the original reggae artists made. Sure, Bob Marley’s greatest-hits package, Legend, consistently ranks among the top-selling catalog albums of any given year, but the profile of other, more political, reggae singers has dropped over time, replaced with the easy-to-digest and often witty dancehall compositions popularized by folks like Shaggy.

“There are a lot of people out there who think I’m, what do they call that … vintage,” Toots says. “Yes, vintage! You see, they try to bring out the dancehall now and call that reggae music and call the real reggae music vintage, but this all comes from the radio DJs. They’re the first ones to call my music, Bob Marley’s music, all the real reggae artists, they started calling us vintage, like we don’t play no more. Then [the DJs] play the bad dancehall, you know, and all of their bad lyrics. Bad lyrics, for me, doesn’t work at no time, but people do it; they come with the funny lyrics to distract you. Real reggae music, with real lyrics, they call that vintage, and I have to laugh at that every time. So now I’m bringing the vintage back out — giving the people what they want.”

In that regard, Toots has rarely disappointed, taking influences from American soul and gospel music and singing over hard-driving Jamaican beats. He even went so far as to record Stax covers on 1988’s Toots in Memphis, his most highly regarded and popular album to date. On his in-progress disc, he’ll be staying true to this formula.

“I don’t need any help in the studio anymore,” Toots says defiantly when talk turns to producers, though he’s worked with every major reggae producer from Sir Coxson, Leslie Kong and Byron Lee down to Sly and Robbie. “I’m producing this new record myself. It’s got to be good, because it’s coming from the inventor.

“There is new technology to work with in the studio,” Toots continues. “But we try to make it original, down-to-earth, roots-rock reggae from Toots and the Maytals, ya know?” he says, roaming the realm of the unchecked ego. “The world today, it needs my style, it needs my lyrics, because too many of the songs today don’t have any good cultural lyrics that can build a nation. That’s what I’m coming back to do.

“I haven’t released any new material in quite a while. They keep releasing my old stuff and not even giving me any type of royalties,” Toots says. “What I’m doing now is spending my own money to make sure people get what they want … to make sure that it’s good. I’m doing everything original, and when I give it to the world, they’re going to love it.”