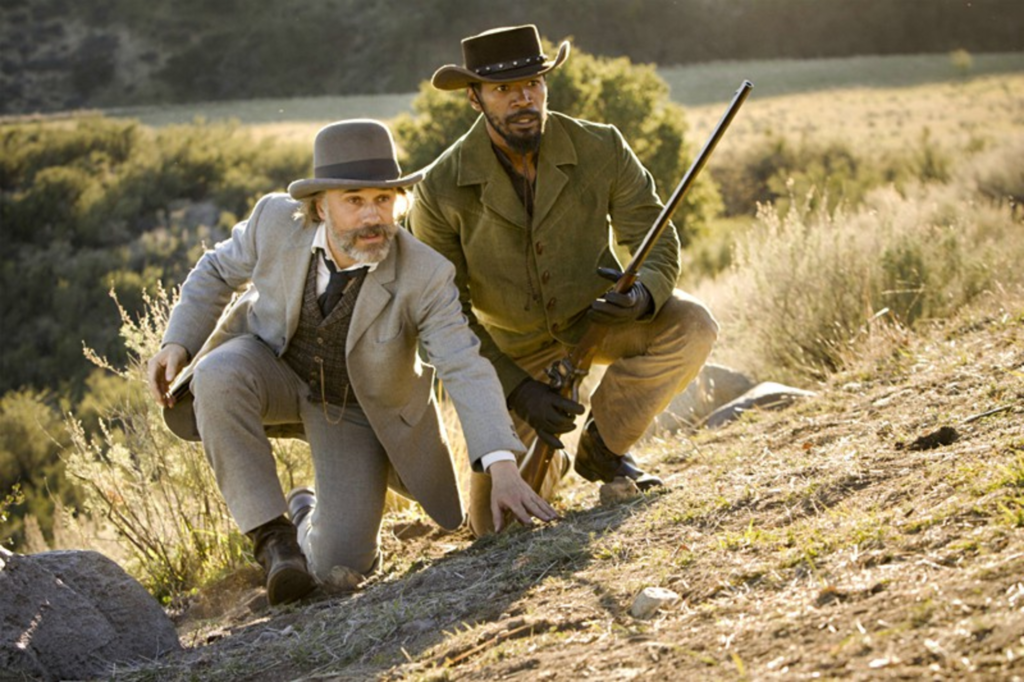 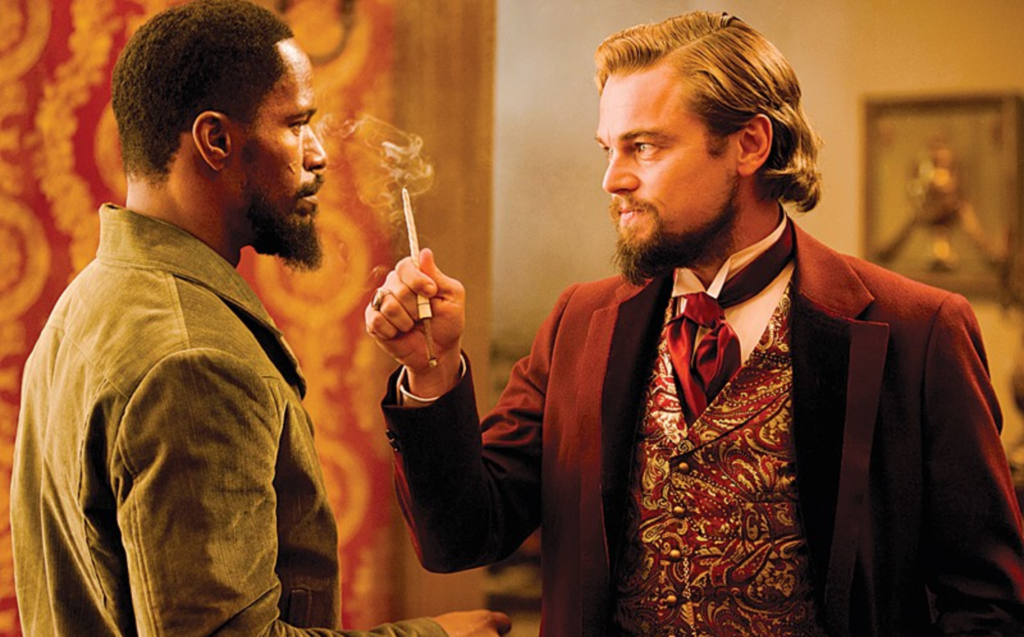 Is there a filmmaker more enthusiastic about his own work than Quentin Tarantino? It’s easy to admire a writer-director who has pride and confidence in his movies, of course, but Tarantino’s determination to express himself only with epics can feel like ego-driven overkill. (Inglourious Basterds may be relentlessly entertaining, but it’s also undeniably bloated.) The guy makes Kanye West look modest.

Django Unchained is yet another Tarantino party that keeps going after all the excitement has died down. The director’s first Western — that is, his first Western that’s actually set in the Old West — puts Jamie Foxx front and center as the title character, a pre–Civil War slave who proves to be quick with a gun. Django joins forces with Dr. King Schultz (Basterds Nazi Christoph Waltz), a German dentist who has put down his pick and taken up bounty hunting. Schultz frees Django, and the two set out to track down three outlaw brothers whom only Django can identify. The man with the silent D wholeheartedly offers his services because these are the dirtbags who separated him from his wife, Broomhilda (Kerry Washington).

Before the first hour is over, Django has located the brothers on the plantation home of white-suited cotton baron Big Daddy (a hambone Don Johnson, amusing) and dealt the first of many big paybacks. Eventually, Django and Schultz become a bounty-hunting team, spending a snowy winter chasing down outlaws and working their way toward Mississippi. That’s where Broomhilda is, on a plantation owned by Calvin Candie (Leonardo DiCaprio, relishing a sinister, scenery-chewing role), a swaggering Francophile who specializes in bare-knuckle, no-holds-barred slave fighting.

For much of its two hours and 45 minutes, Django Unchained is an energetic, entrancing ride. Tarantino is in touch with his inner Sergio (Leone or Corbucci, as you prefer), making a Southern-fried spaghetti Western, full of whiplash-quick, WTF zooms, ridiculously gory shootouts (if Sam Peckinpah were alive, he’d weep with joy at the fountains of splatter) and cameos from cult-favorite character actors. (Yes, Franco Nero, Corbucci’s Django, shows up to exchange a few words with Tarantino’s.) And Foxx, who works best with directors who recognize his badass potential, pairs nicely with Waltz, who wields his urbane sangfroid as a good guy for a change.

Racial slurs get a liberal workout here, though this is perhaps the first time that Tarantino’s deployment of the words feels justified, even essential. (Hey, we’re in the antebellum South.) No, what’s offensive is Tarantino’s sleeve-tugging eagerness to impress. The writer-director piles bloody deaths on top of monologues on top of nut-crushing confrontations (and another of his cameos), lest we forget for a moment how awesome he is. The last hour is pretty much a superfluous free-for-all, with Django striking down with great vengeance and furious anger upon thee those who dare cross him — including Candie’s lieutenant (Samuel L. Jackson, practically playing the live-action version of Uncle Ruckus from The Boondocks). But even before that, you sense Tarantino’s overstaying his welcome. The minute I saw DiCaprio pull a skull out of a box, in order to touch off a monologue about why blacks are more submissive than whites, I didn’t think, “How confrontational” or “How tasteless.” I thought, “Oh, shit, I’m gonna be here for another 30 minutes.”

Sure, the man is on a lifelong mission to show how movies — especially his — can be joyous, subversive, transcendent, ass-blasting experiences, but Tarantino could stand to exercise a little self-restraint. There are other directors who love movies and love making movies as much as Tarantino does, and the best of them don’t make you deal with their inability to know when to call it a day. As fearless as Tarantino gets in showing how ugly the Old South was — and showing a bunch of racist peckerwoods getting their comeuppance is a fine holiday gift — in Django Unchained he doesn’t quit while he’s ahead.