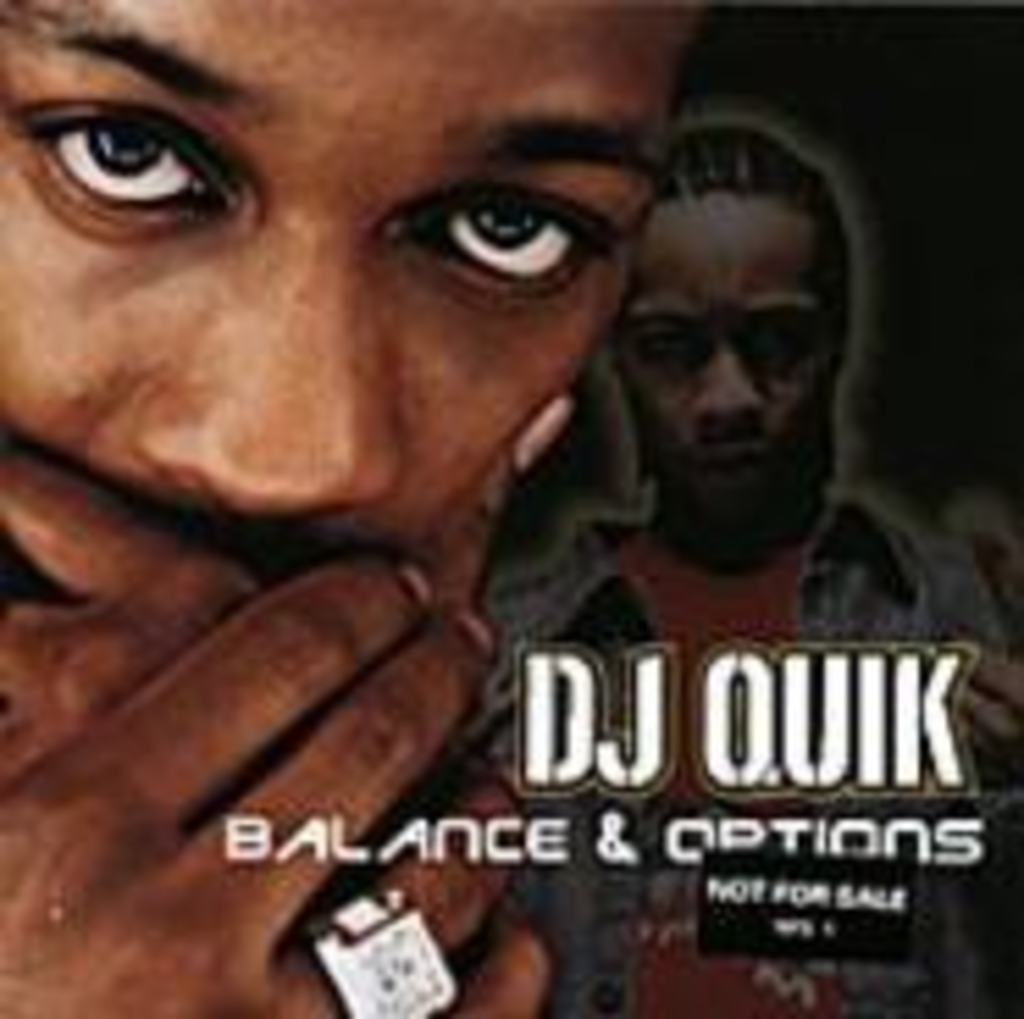 In the mid-’90s, DJ Quik put Missouri on the map in a dubious fashion by suggesting St. Louis was “Jus Lyke Compton.” Back then, Quik was an up-and-coming star, with a squeaky voice like Eazy-E and beat-crafting skills that established him as one of hip-hop’s top producers. But like Dr. Dre, Quik took a “been there, done that” attitude toward rhyming nonstop about bitches and gats, even releasing a call-and-response single during which he persistently denied being a gangsta. On Balance & Options, he hits his tried-and-true subject matter from different angles. His hyperactive high-pitched delivery has been replaced by a laid-back Snoop-style drawl, and the roaring bass that drove his early compositions has been absorbed into complex songs on which Quik plays most of the instruments. He aims to, as the album’s groove-heavy first track puts it, “Change the Game,” and his latest effort should at least inspire a rule change or two.

Few hip-hop artists have the motivation and/or necessary chops to keep an instrumental interesting, produce a touching tribute to the late Roger Troutman, or stay on the sidelines for a song while a crooner such as James DeBarge handles all the vocal duties. When Quik does grab the mic, the results are usually venomous, as when he shoots back at those women who would label him a scrub over a misleadingly cheery beat on “Sexuality” or when he lets the disses fly on “I Don’t Wanna Party Wit U.” Known for his lyrical wars with MC Eiht and Everlast, Quik now chooses to let his targets remain nameless, so at least the poor soul who bears the brunt of the brutal “U Ain’t Fresh” can take comfort in his relative anonymity. Combining on this tune with the always-angry Kam, who melted Ice Cube three years ago with “Whoop! Whoop!,” Quik combines harsh, often homophobic insults with an infectious backdrop.

Quik hasn’t abandoned his roots, as he proves by covering Eazy-E’s “Eazy-er Said Than Dunn,” and he hasn’t cleaned up his content — the bitch-per-minute count remains high. Those who say he’s gone soft should consider the courage needed to deliver piano accents, soulful singing, and smooth jazz guitars when the market calls for rapid-fire kick drums and all-encompassing bass. It’s a brave gambit to bring genuine musicianship to hip-hop, and although Quik’s latest effort isn’t an unqualified success, it does operate on a different plane than most of his peers, reinforcing his status as one of the genre’s trailblazers.