DJ Joe Almeida on how Bazooka Joe came to town 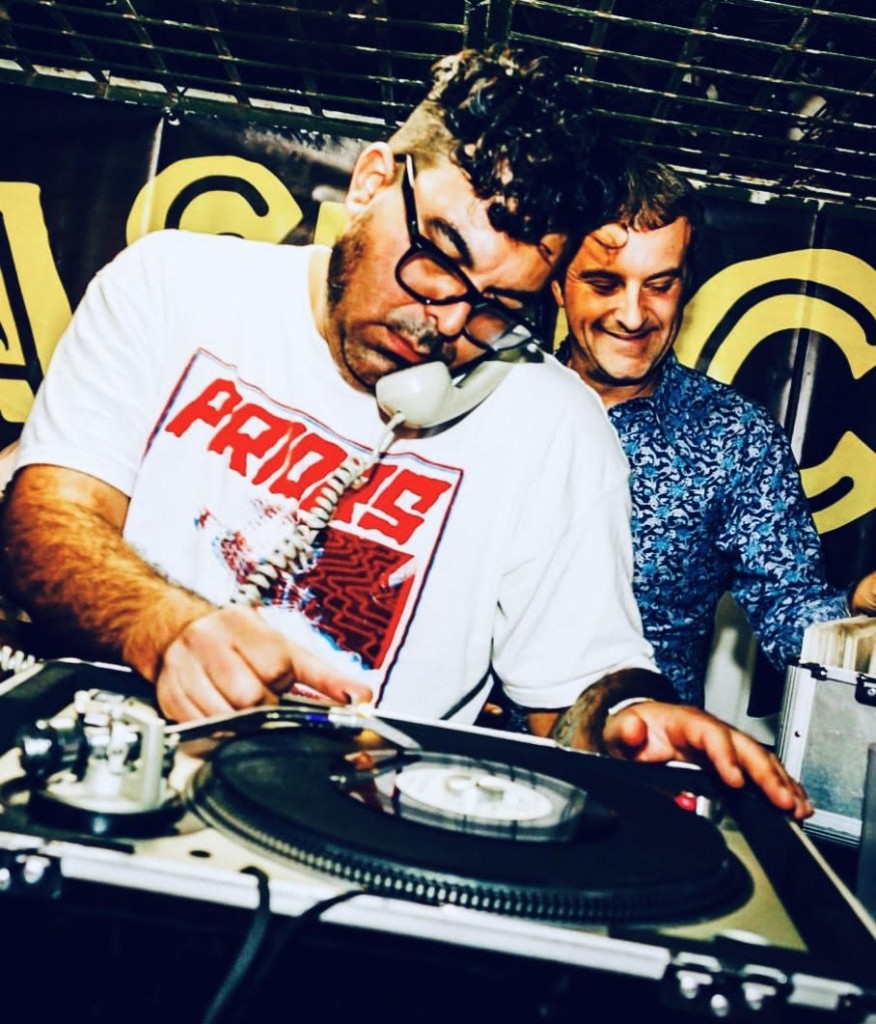 Almeida is originally from Las Vegas, but he’s been based out of York, Pennsylvania for the last few years, so it came as quite a suprise last year when he suddenly upped sticks and moved to Kansas City—a place he’d never been despite releasing several Lawrence bands on Slovenly, such as Mouthbreathers and Wet Ones.

Over the last few months, Almeida has “made the scene” and recently established a monthly DJ night at The Brick. The Go-Go Muck happens the third Wednesday of every month and promises to be—as Almeida puts it—”PSYCHESLURPIC.” We reached out to the man himself to discuss all things Bazooka Joe.

The Pitch: How’d you come to Kansas City from Pennsylvania?

Bazooka Joe: I packed a 20-foot moving truck—needed plenty of room for all those records and turntables.

I actually grew up in Las Vegas and was DJing there all throughout the ’90s at KUNV with my show, “The Chemical Lounge.” I also played for every garage band that rolled through town—Oblivians, Cheater Slicks, Guitar Wolf, The Makers, Jon Spencer Blues Explosion, etc.

Then I moved to NYC to be with my former partner. We were called The Thing With Two Heads. We rocked New York for a few years then moved to Olde York, where I was for the last 15 years. We made trips around the U.S. to play parties. We also did two outrageous European tours.

The first tour started with Slovenly’s We’re Loud Fest in Athens, Greece in 2015. The next one ended with us at The Funtastic Dracula Carnival in Benidorm, Spain in 2019 with the pandemic on the horizon. I’ll be playing Funtastic again, solo, this October.

What led you to make the leap to a city you’d never even been to?

I have some friends here that I’ve known for years, including Sam from Kool 100s. We released a Bo Diddley tribute 7-inch box set on Black Gladiator/Slovenly last year that his other band, True Sons of Thunder, appeared on. We’re hopefully doing a Kool 100s single soon. That band is a mess, and that’s how we like it.

Is it helpful that your work for Slovenly/Black Gladiator put you in contact with some of the musicians here?

Absolutely. In 2013, Slovenly released an amazing single from Mouthbreathers out of Lawrence. They came to Pennsylvania and played a show with The Thing With Two Heads on the wheels.

Then we did the Wet Ones LP, with Kenneth [Kupfer] from Wayne Pain and the Shit Stains and Zach [Campbell] from Mouthbreathers/Rooftop Vigilantes/The Whiffs in 2016. Wet Ones are from here in KCMO, and that record is possibly the filthiest and most criminally-unsung punk record made in the 21st century thus far.

I never got the chance to see them before they broke up, but I somehow convinced them to play a reunion show. They’ve done a few since—each one a glorious disaster.

Did that work also mean that you could kind of pick up and go wherever?

Yup. If you can do this kind of work in York, PA, you can do it anywhere! I sit at my desk and put about 15 screaming garage-punk releases into production every year.

What do you think about the musical climate in KC and Lawrence?

It’s pretty outstanding here in KC, but I haven’t seen much action in Lawrence outside of DJing at the Replay Lounge once last year. When I arrived, I was working part time doing doors at recordBar and Lemonade Park for a spell—both fantastic venues.

I caught Boogaloo 7 and Season to Risk at The Ship on the same night playing in different rooms. That was a wild show, for sure. Two of my fave styles under one roof: funky mod jazz and punk. I’ve been playing at The Easy Inn quite a bit, and I have seen some killer punk shows there, too. Love that spot.

Why start a monthly music night at the Brick?

I’m trying to play as much as possible to help fund my record-buying habit. I buy so I can play. I’ve been DJing since 1991, and there’s nothing I love to do more than get a room full of rowdy people to dance to obnoxious music from the mid-century, or sometimes slightly tamer people dancing to more sophisticated sounds from the same era.

I’d been trying to come up with a name for a monthly for awhile, and a couple months ago it smacked me: THE GO-GO MUCK! As a ’60s go-go music obsessive and huge fan of The Cramps (who covered the genius 1962 track “The Goo Goo Muck” by Ronnie Cook and the Gaylads) it just made sense, and its fun to say.

I’d been meaning to check out The Brick for awhile, then I recently read a great interview with owner Sheri Parr, so I went in, scoped the scene, loved the spot, and asked her for a gig. 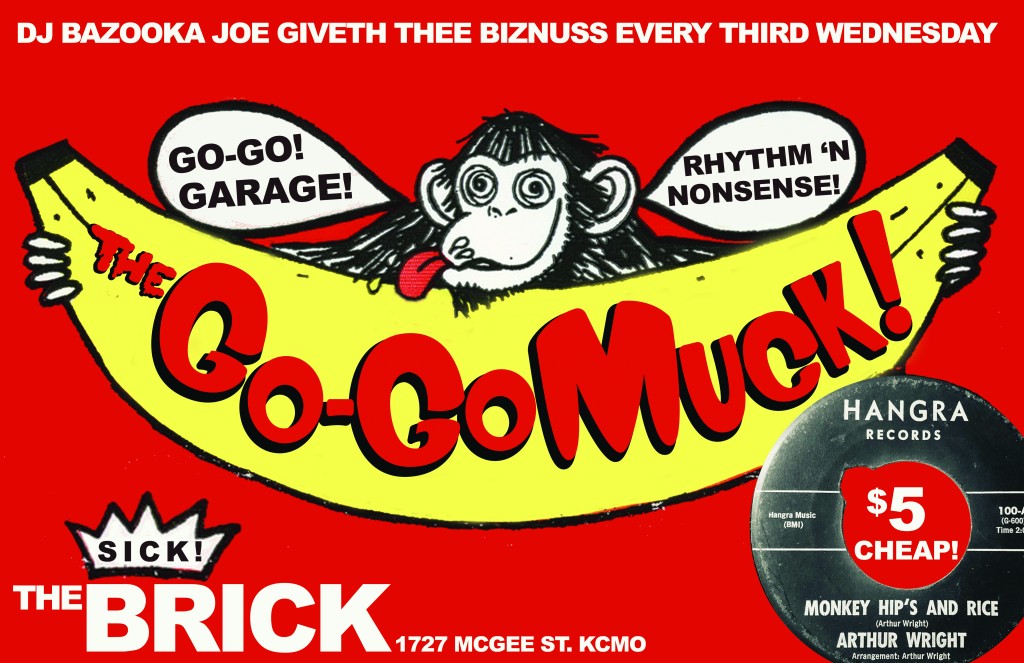 What can people expect from The Go-Go Muck?

Raw and killer dance music made for swinging teenagers, from when being a teen meant something ridiculous and juvenile. Lots of rare 45s, and maybe a “hit” here and there.

The first monthly Go-Go Muck kicks off at the Brick on Wednesday, April 20. You can find Bazooka Joe DJing around town by following his Instagram.