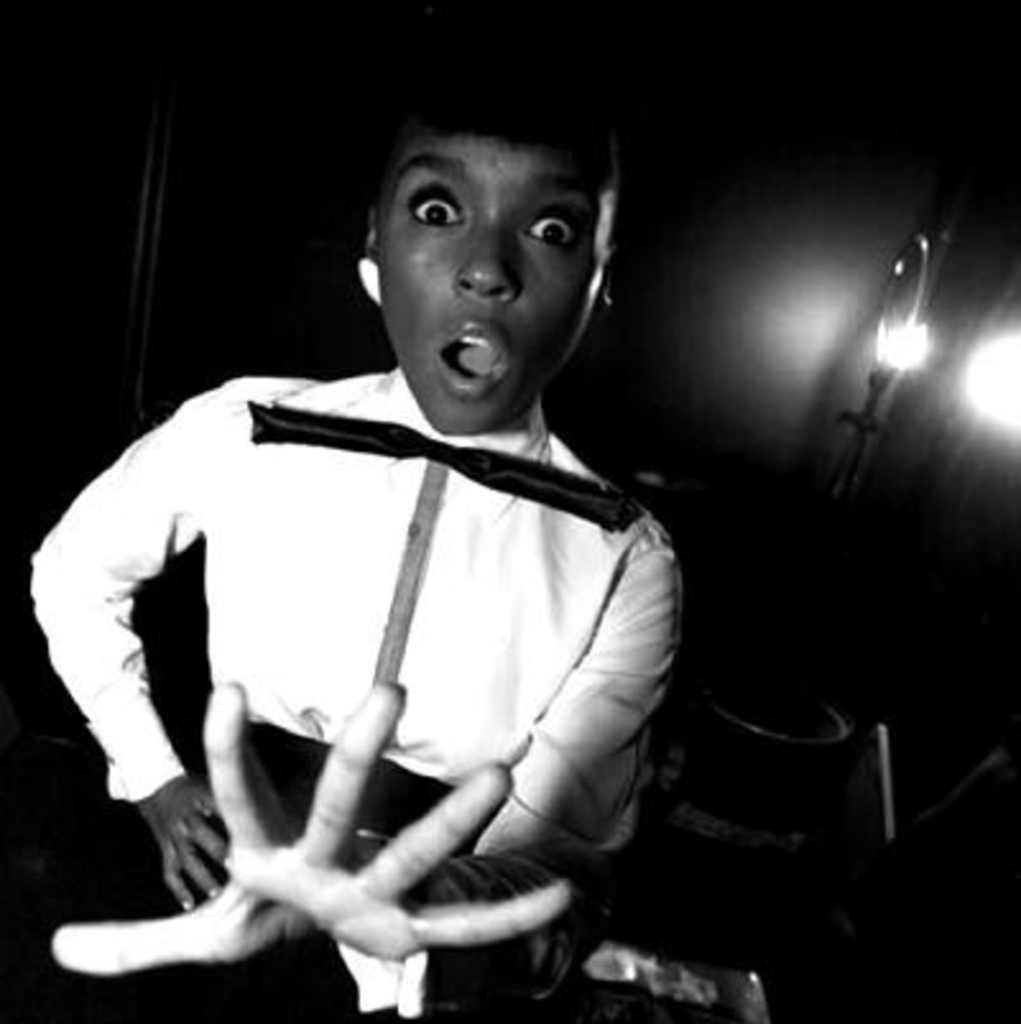 The following is a guest dispatch by Riverfront Times music editor Annie Zaleski, who is courageous and awesome.

By day four of SXSW, everything is a chore. Waking up. Standing up. Drinking beer. Even mustering up enthusiasm to see bands becomes more difficult, mainly because the constant barrage of music – we’re talking from the moment you land in the airport until you leave Austin – brings on sonic fatigue.

This was my mindset on Saturday afternoon, at the Chop Shop/Atlantic Records day party, which was held in a giant tent outside near the Austin Convention Center. I missed the Republic Tigers, who played earlier in the afternoon, but was incredibly excited to see Janelle Monae, the proud Kansas City, Kansas, native who was drawing quite the buzz in Austin this year.

Clad in dapper black-and-white outfits, her band walked into the show several minutes before her, like a group of penguins on a serious mission. A good omen, I thought, as I sucked down a can of Dos Equis like it was a bottle of water. Monae walked in later, her combination Mohawk/bouffant hairdo, crisp white shirt and confident stride making her impossible to miss.