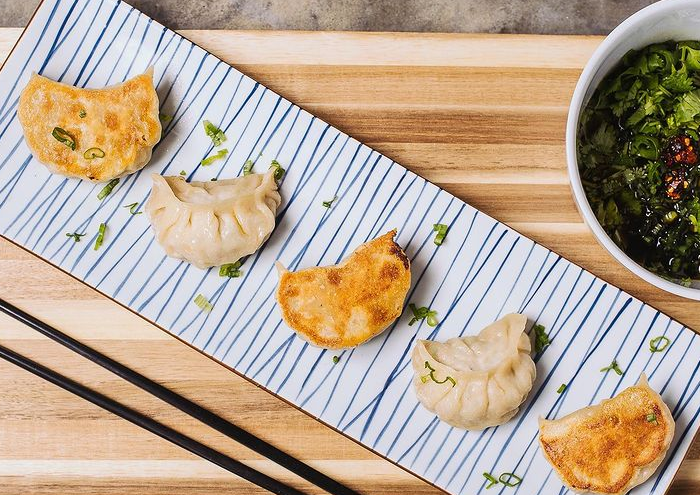 Check it out: Chewology and BLU HWY officially open next week

Two funny names, two very good restaurants: Chewology and BLU HWY are set to officially open next week, the first after a move from Lenexa, and the other after a couple of months operating as a delivery-only establishment.

First, buns and noodles. Chewology will be opening Friday, October 1 at 11 a.m. They first opened four years ago in the Lenexa Public Market. This Spring, they announced a big move from I-435 and 85th to the heart of Westport at 900 Westport Road, the former home of Bluestem.

Chewology is a Taiwanese-inspired restaurant owned by Katie Liu-Sung, and specializes in all things chewy, including bao buns, dumplings, noodles, and rice cakes. Since Taiwanese food is largely a blend of Chinese, Korean, and Japanese cuisines, there are a few flavors you might expect: bao buns with glazed pork belly, pickles, and peanut crunch, as well as beef and kimchi dumplings. But then there are some that might surprise you, like dumplings stuffed with goat cheese, apricots, scallions, local honey, and almonds; or chili-pickled pineapples.

As Chewology transitions from a fast-casual food stall concept to a full sit-down restaurant, a bar will become a prominent feature of the space, as it was when Bluestem was the tenant. The menu will feature cocktails designed by Brock Schulte (the Monarch Bar, Verdigris, the W, Hand in Glove), as well as a full selection of beer and wine.

The restaurant won’t open for dine-in patrons until next Friday, but you can get a sneak peek now by ordering on DoorDash (this option is available through Friday, September 24. Order between 11 a.m. and 8 p.m.)

Chewology will be open Tuesday through Sunday from 11 a.m. to 8 p.m. Visit them on Instagram for updates. 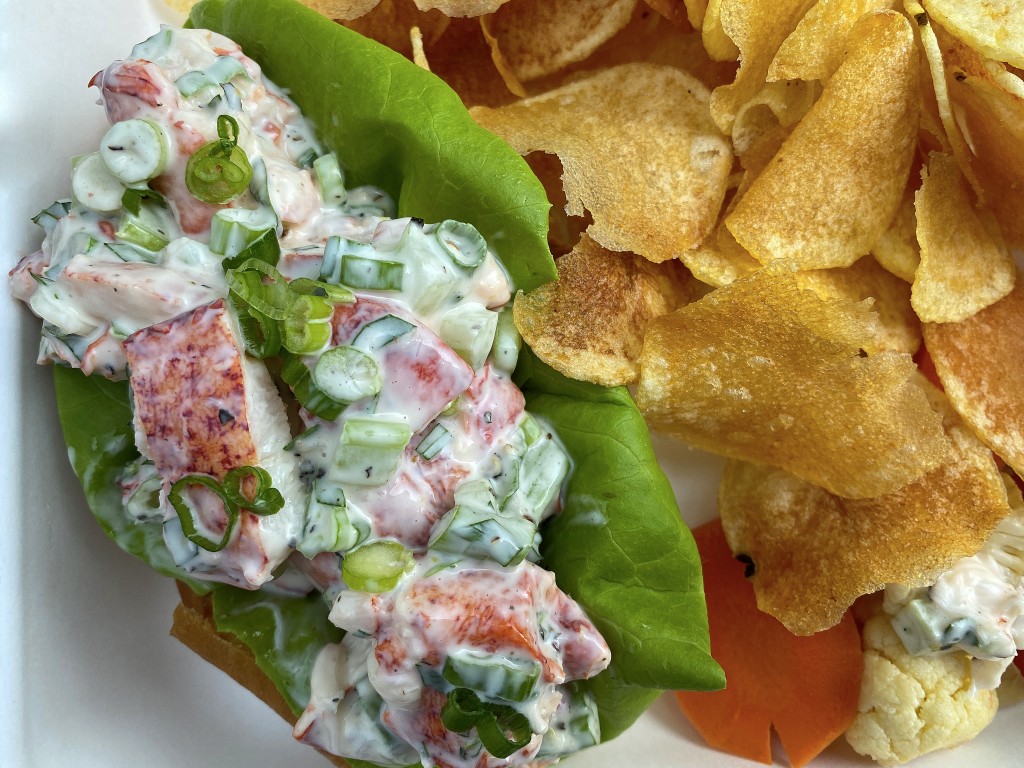 The lobster roll from Blu Hwy. // Photo by April Fleming

The new South Plaza restaurant BLU HWY also officially opens at 5070 Main Street next Wednesday, September 29 at 5 p.m. The name is derived from the classic 1980s dining book, Blue Highway, which notes that in the Rand McNally atlases, highways designated as “Blue Highways” were more scenic and relaxed.

The restaurant similarly specializes in a relaxed sort of neo-Americana, with dishes like a fresh lobster roll, buttermilk biscuits with chile de arbol honey butter, pimiento cheese bites, and more.

BLU HWY is helmed by a lineup of impressive local industry folks, including general managers James Taylor (formerly of La Bodega) and Chris Mercier (PB&J, Cafe Trio), executive chef Daniel Walker (Lidia’s), and chef Dan Swinney (Lidia’s). We tried it recently, and it will be nice to actually step into the place to really see what they can do.

Items like whole roasted trout and short ribs haven’t been available as part of the take-out menu, so there’s already some new stuff to try. We’ve also heard that a cocktail, beer, and wine program are prominent features.

The restaurant is the former home of chef Jonathan Justus’ Black Dirt and was renovated in 2020, though the layout seems to be the same. Dine-in, carryout, and walk-up service will all be available.

BLU HWY will be open from 5-9 p.m. Wednesday through Sunday.