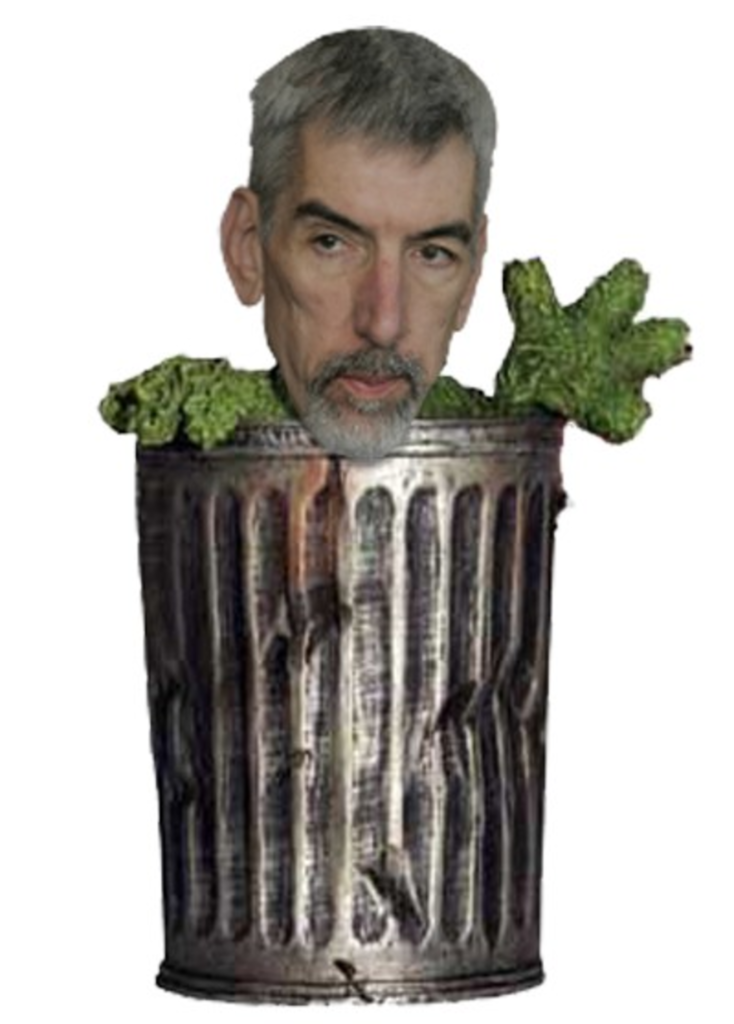 Editor’s note: Town Without Pity offers a view of the bitter farces and unexpected triumphs first reported on the blogs of Pitch.com.

Optimism, common sense and simple human decency notwithstanding, no one could say at press time whether Americans would awake November 5 to Sarah Palin‘s lipstick on their collars and a terminal John McCain hangover or be able to hit snooze and sleep in after eight years tucked in a fetal position, sweating through night terrors.

Not that a few local, far more personal campaigns are about to pack up and rejoice in hopeful civility. In Kansas City, political combatants ignore the calendar and look instead for more garbage to hurl. So go the Trash Wars of 2008.

On the front line is David Quinly. The Prairie Village resident has spent most of this decade waging a guerrilla war against U.S. foreign policy, one incendiary, hand-lettered yard sign at a time. Anyone whose neighborhood stroll or commute runs along Roe through Prairie Village will recall Quinly’s early classic: “Be thankful we’re killing more of their children than they are of ours.” Pitch staff writer Carolyn Szczepanski spent some time with Quinly last week for her October 28 post, “Anti-war activist puts principal’s name in a pile of poop.”

Quinly began planting his signs at the start of the Iraq invasion. Since then, he has chased a jogger who objected to one slogan with his kicking foot, and he has fought a municipal ordinance that would have quashed his efforts. (After being charged with criminal damage of property, the offending runner paid Quinly $500 for his lawn-sign losses. The ACLU helped Quinly strike down, in district court, a law restricting the size of his signs.)

Last month, he upped the ante by starring in his own version of Baretta. In his cop-on-the-edge phase, Quinly staked out his front yard to wait for the car whose driver he alleges has been throwing bags of McDonald’s breakfast trash at his sign since the end of the summer. With the dawn’s light, there it was: a black GMC pickup truck. He tailed the vehicle to Wyandotte High School and took down the license-plate number, like Joey Greco on Cheaters. Quinly’s detective work convinced him that the car belonged to an assistant principal at the school. He put a new sign on his lawn calling the administrator a “chickenshit.”

Szczepanski called the administrator by his name, Robert Bayer, when she dialed him on the phone. Bayer denied knowledge of Quinly, his signs and Grimace. By the time he hung up on Szczepanski, he seemed riled enough to throw a McRib.

Across town, another small conflict played out last week on a battleground of garbage.

If Dolores Royston had read staff writer Nadia Pflaum’s 2006 story “The Blight King,” she might have known better than to rent a house to Richard Tolbert. Back in 2006, when Tolbert was running for Jackson County executive against Mike Sanders and Charles Wheeler, Pflaum’s story detailed how Tolbert, a serial bankruptcy filer, had racked up $100,000 in unpaid taxes and fines from the city’s office of codes enforcement and had allowed at least 16 of his East Side properties to rot until City Hall ordered them torn down.

Tolbert — the Nixon-era City Council member turned elder statesman of hapless political candidates (most recently, he was the lone activist against soccer fields at the economically depressed Bannister Mall) — agreed last winter to pay his friend Royston $200 a month to rent a house she owns in the 6800 block of Bellefontaine. When he moved in this past January, Tolbert made sure to bring with him every material object he has ever touched. He is now storing about 40 percent of those belongings outside the home on the grounds.

Staff writer Nadia Pflaum dropped by the old homestead last week (“Another house is Tolbert-ized,” October 27) and talked to civic-minded Tolbert and to Royston, who is owed back rent.

“Did you see all that junk, all the way back?” Royston asked Pflaum. “Well, that’s what he’s done for me.”

Junk? No way. All Pflaum found at Tolbert’s place was an adorable teddy bear of a failed politician, squatting amid mean old toys with sharp corners and lead paint, waiting for someone to put a quarter in the machine and pull him out with a little novelty crane.

“I make no apologies,” Tolbert said. “One man’s crap is another man’s personal property…. And mine ain’t the only house that has outside storage. This ain’t Ward Parkway.”

Say, you know who’s saving money by having breakfast at home? Mayor Mark Funkhouser. And when his staff visits him for meetings, as it now does at least once a week, there’s probably also a heart-healthy lunch and an afternoon relish tray. Pitch columnist David Martin broke the story last week that staffers now meet with the mayor at the Brookside home he shares with his wife, Gloria Squitiro, exiled first lady and City Attorney’s Office woman of the year. David Martin noticed that key lieutenants Kendrick Blackwood and Joe Miller (both former Pitch staff writers) either had begun spending a lot of time parked at the House of Funk or had gotten really bad valet parking at the Power & Light District (“Mayor’s office officing at Chez Funk,” October 29).

Oh, hey: The Power & Light District wants you to get it together, dude. Easy does it on the MTV clothing. Get yourself a higher-paying job. Stop talking about that time you went to Westport and scored. And keep your Bible where it belongs: on the mantel, next to Grandma’s ashes.

Rugg walked with Wheeler to Cordish’s downtown office, where Jon Stephens, the district’s Il Duce, gave Wheeler his business card to show to P&L’s elite security force the next time a guard attempted to redraw the high-dollar drunk tank’s holy-land boundaries (“You don’t own me, Cordish,” October 28).

Anyway, back to the mayor. (See how easy it will be to forget the whole thing someday?) Blackwood told Martin that the city’s Don Quixote and Sancho Panza are working more from home than they used to, even holding Wednesday staff meetings there. Which must be adjourned in time to turn on the Superstation — The Andy Griffith Show for Funkhouser, Matlock for Squitiro.

These two couldn’t have found more to keep them home during the mayoral campaign last year?