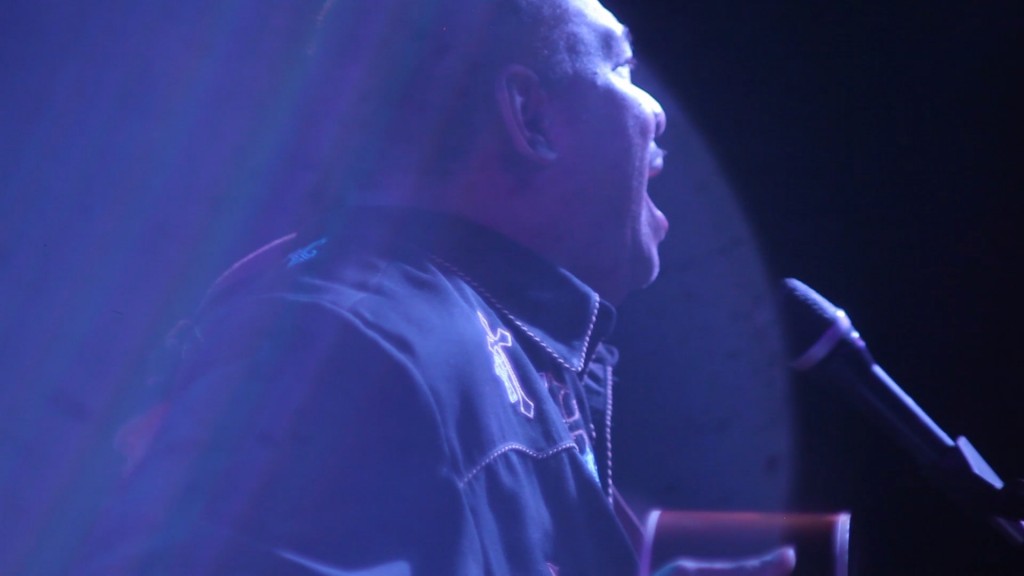 Director John Alexander’s documentary, This Is Love, tells the story of Wichita soul singer extraordinaire, Rudy Love. While his name is one of those best known to crate-digging heads, his influence and talent can be heard on the recordings of Ray Charles, Isaac Hayes, the Soul Searchers, and more. Love was also Sly Stone’s bandleader and tour manager for the better part of a decade. His fame is however mostly Wichita-based, where Rudy Love and the Love Family have been performing for decades.

How did this obscure musician come to have a documentary made about him, with interviews from the likes of Fleetwood Mac’s Mick Fleetwood, the WNBA’s Lynette Woodard, and comedian Sinbad? It’s a story almost as fascinating as the film itself, and we were lucky enough to hear it from Alexander when we spoke with him by phone from New York City.

How did you come to be a part of this story?

I feel very fortunate to have become a part of the story and I think it was one of those sort of magical, serendipitous, ghost-like encounters that Rudy Love is so infamous for. Basically, I was shooting another film on location in Kansas which was a thriller set in the Old West based on a true story called Bender – a completely different film from This Is Love. A local producer who we had hired as an associate producer, Shawn Rhodes, was sort of tasked with booking live music for our wrap party when we were completed with shooting in Kansas.

I had never heard of Rudy Love, but Rudy played at our wrap party and I heard this man’s voice and his music and it was oddly familiar. I mean, I realized that this was a voice that had been influencing me even though I just didn’t know it. It was like, eerily familiar, you know? He made tons of music that I know and love, I just wasn’t aware of it. It was something that I realized was kind of a part of my DNA but I had no real tacit knowledge of that.

Shawn sort of cleverly planted Rudy Love in front of JC Guest and myself and he then essentially pitched us this movie and informed us that he had been gathering footage and stories from Rudy for many many years, so Shawn actually had a wealth of material on this subject and needed collaborators to bring it fully to fruition and finish it.

Having just worked with Sean on the last film, and been just really blown away by Rudy Love’s raw, undeniable talent, I just couldn’t resist getting involved in it – and then the stories started pouring out. It was just even richer and more potent and I could have ever imagined, so with one of these chance sorts of encounters. It started with something very small and sort of snowballed from there and it was was just really fortuitous for everybody. 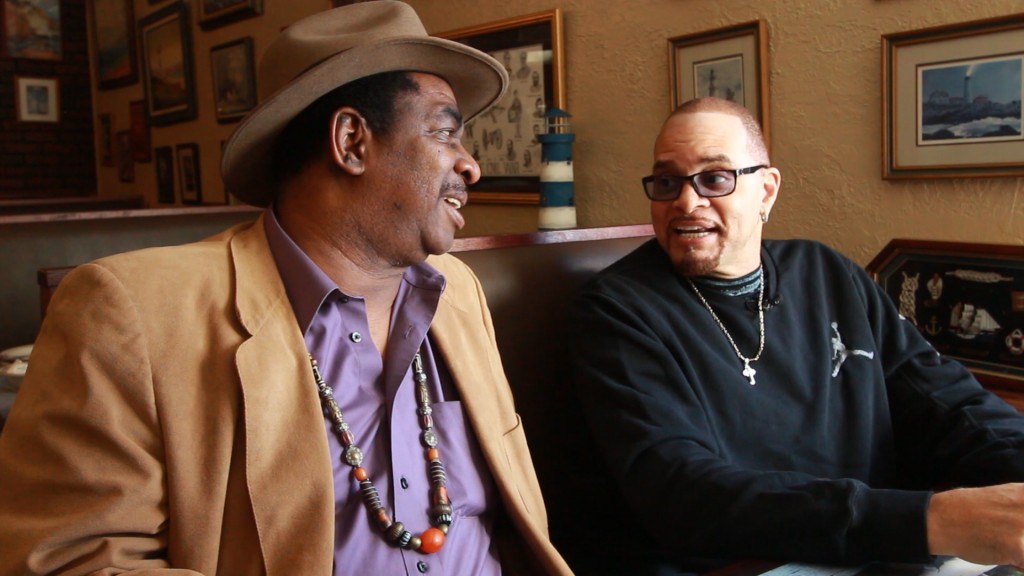 What I find really interesting about the documentary is that it’s a story of not so much missed chances as stolen chances, but it doesn’t follow like the standard rock doc thing where everything goes to hell because of drugs or whatever. Rudy Love might not have necessarily had the success that he may have deserved, but he had a very successful career and the reason he stepped aside was for family which makes for a very interesting like viewing experience because the family is like a very solid part of this film.

I’m glad to hear that comes through because that’s authentic to Rudy Love’s story. When I was researching this, our processes really underwent the exact sort of experience you just described. We thought, “Okay, where is this going to take the left turn?” – where it’s a downward spiral into substance abuse and all the sort of cliche pitfalls you hear of obscure soul singers sort of being trapped by. Rudy never fell ill to those pitfalls. I mean, it’s almost like as we sort of exhausted the list of “Well, why didn’t he make it?”

We were sort of faced with this feeling that he must have almost had to try to be as off the map as he was – it was almost something deliberate, or a choice. You’re pointing out a choice to be with his family, and a choice to make music with his family, rather than just bad luck or the ill fate of so many rock and rollers.

With Rudy Love, it’s almost like he was too wholesome for his own good. I mean, his values were so admirable, really, but kind of so rare in the industry of entertainment and music. He’s kind of a mismatch with what you think of mainstream rock and rollers. Meanwhile, many of his peers are household names, but wholesome, Kansas-based Rudy Love just had too much love for his family for his own good, you could argue. Of course, the film, I hope, illustrates that that’s a worthwhile choice and that that the power of you know love and family is greater than any sort of monetary success.

This Is Love starts off not with the story of Rudy, but with that of his father, Bob Love, who co-wrote and recorded a song called, “Good Morning, Little Schoolgirl,” with his partner, Don Level, as the R&B duo, Don & Bob. The song was covered by dozens of artists, and Love never really saw much credit for it, thanks to the manipulations of the music industry. Flash forward nearly three decades, and Rudy Love’s first-ever demos are released on Manhattan Records under the name of “Brother” Tyrone Davis, with no credit whatsoever to Rudy Love. It really ties in the idea of family and the tricky nature of the music biz.

Part of it sort of this feeling of audience members and Rudy himself and his family sort of smacking themselves on the forehead saying, “Oh, come on – not again! How did you not learn from the previous generation?” It’s sort of like a “fool me once, shame on you – fool me twice, shame on me” situation but, you know, on further examination, we’re saying there’s more to it. It wasn’t necessarily just being taken advantage of, it’s a question of values and a question of intent. The driving question of the film was, “Why, why, why isn’t really Love famous?” Why didn’t he become a household name, like so many of the people he was associated with? 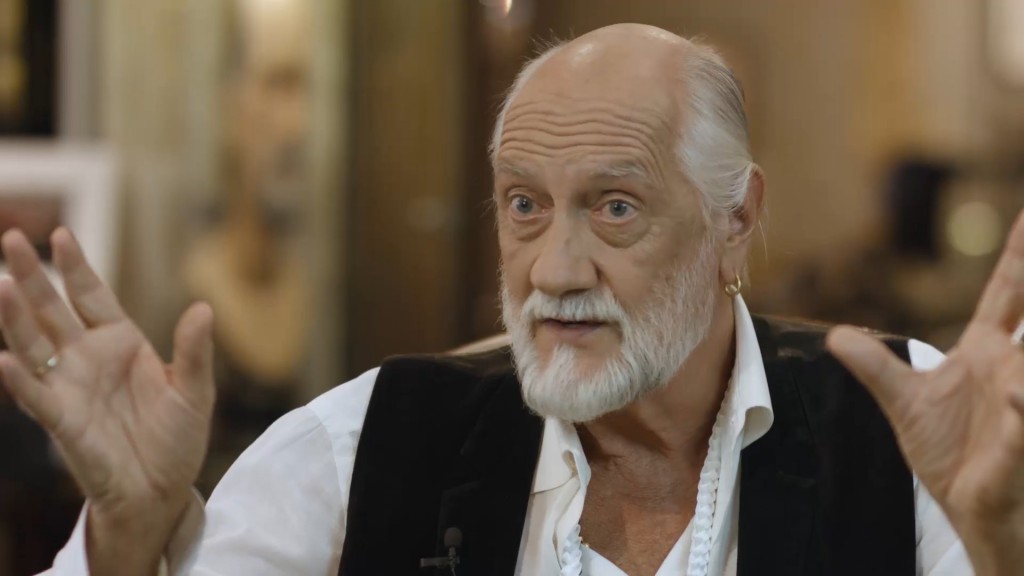 The sheer number of people like that are in the film that he influenced a is staggering. The musical ones didn’t necessarily surprise me so much, although Mick Fleetwood was not somebody I would have thought immediately thought of when I think Kansas soul singer. But then, there’s actress Marsai Martin, but also the WNBA’s Lynette Woodard. I like the contrast of the family story, but also just like how far his embrace goes out. It’s very close but it’s also very open.

That family has so much reach, it’s sort of perplexing. It’s that kind of, “How is this possible?” sort of questioning that made me so interested in this stuff. I mean, the list really goes on and on. It almost feels like I’d be losing my credibility to list all the people that he influenced because it just literally just goes on and on. It’s harder to find people who were not influenced by him.

Marsai Martin is really sort of Rudy’s nice. He sort of groomed her and mentored her, coming up in show business, and with the success of ABC’s black-ish she’s very well regarded in Hollywood right now – I think the youngest executive producer in Hollywood right now. She’s executive-produced a couple of feature films and has another one on the way. It’s kind of unbelievable.

Sinbad says it on camera, but also has told me personally many times that Rudy is the reason Sinbad became an entertainer. He is where he is because Rudy is where Sinbad learned his ability to touch people – the ability to touch an audience – because Rudy’s just an exemplary showman, and then has showmanship that’s unbelievable. That cuts across not only music but comedy and the performing art. So, yeah: his reach is pretty big. It’s hard to find people in show business who haven’t at least heard whispers of Rudy, whether they’ve actually met him or not.

This Is Love screens at Liberty Hall on Tuesday, January 14, and is presented by the Kansas Music Hall of Fame. Details on the screening here.