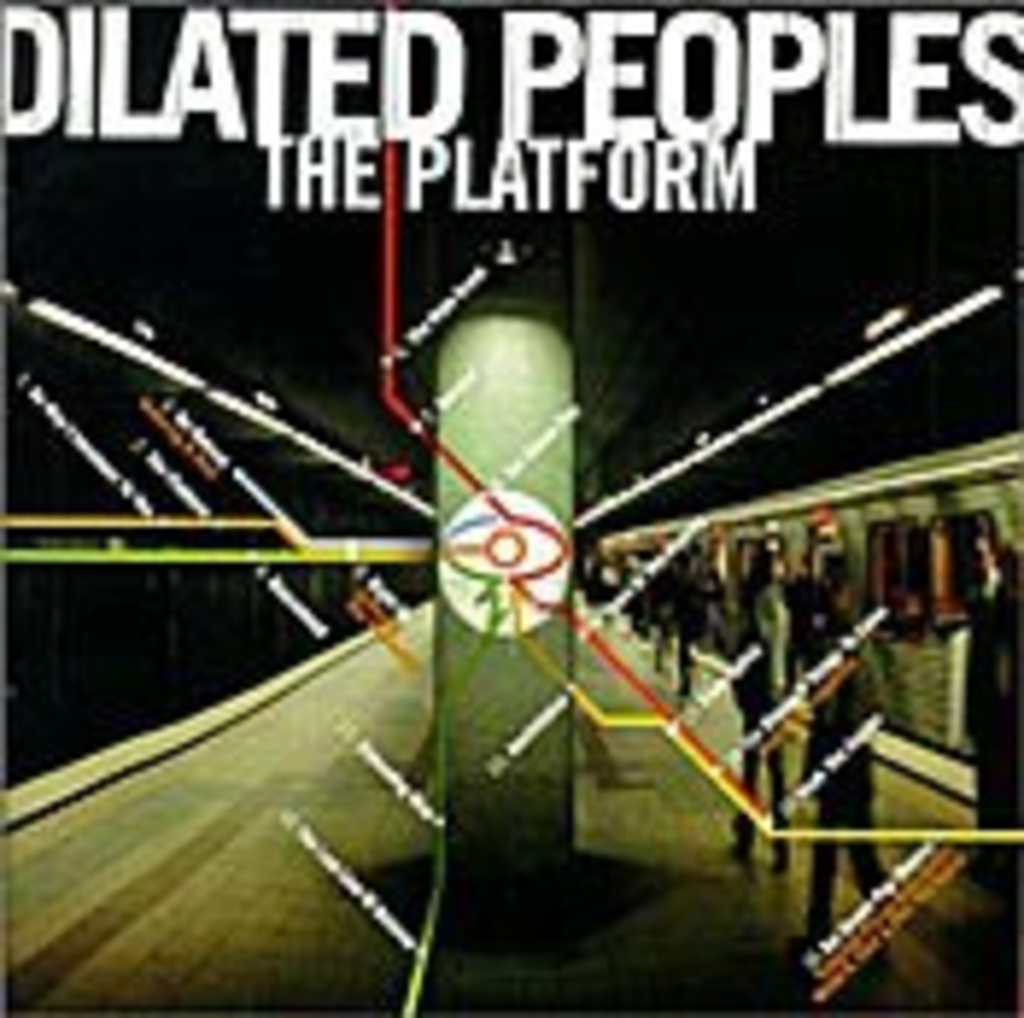 Despite what the mainstream rappers want you to believe, there is an alternative to the bling-bling/jiggy lifestyle thrust into our faces on a daily basis. There will always be bands such as Dilated Peoples, made up of DJs and lyricists who care more about advancing the hip-hop art form with philosophical beat science than they do about cashing in on bloody MC battles. Refreshingly, this crew values artistic credibility and independence above getting itself in position to suckle up to the cash-flow teat.

With the release of the band’s major-label debut, The Platform, and a high-profile summer stint on the Warped Tour, perhaps those outside of hip-hop’s inner circle will have a chance to catch Dilated Peoples’ eloquent street poetry. These guys have been working the angles for nearly a decade in their hometown of Los Angeles, ignoring the temptation to cash in on rap’s frequent trends, and now they’re poised to reap the benefits of hip-hop’s modest old-school renaissance.

The album’s title track, and the entire record for that matter, is a tribute to real record-scratching and lyrical skills, with a real DJ, Babu, dropping the type of head-bobbing beats that a drum machine just can’t provide. With smart couplets, such as The Platform/It takes respect/to perform the art form/In times of battle/glamour rappers get their hearts torn, Evidence and Rakaa do justice to the bumping backdrops. And with such respected artists as Cypress Hill’s B-Real and Tha Alkaholiks making guest appearances, it seems that plenty of big-name rappers respect the message being delivered from the soapbox-like Platform.