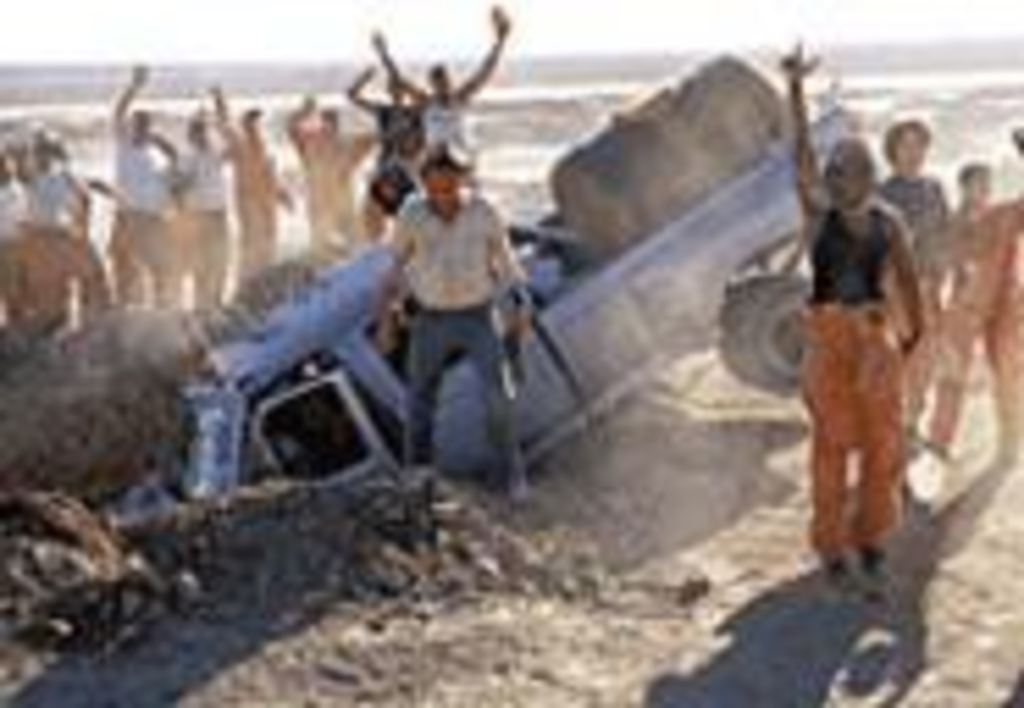 The Harry Potter phenomenon — on the page, in the movies, at the bank — has aroused in publishers and studio heads alike a sudden new appreciation for our children’s needs. These people understand that no consumer is more motivated than a kid in the heat of a craze, so every last one of them is struggling to come up with the next Harry or the next Frodo.

For the moment, the people at Walt Disney Pictures are betting on Stanley Yelnats IV.

In case you’ve never heard of Louis Sachar’s award-winning novel Holes — and if you’re older than twelve, there’s a good chance you haven’t — young Stanley is the intrepid hero of Sachar’s story, an unlucky boy who gets shipped off to a very peculiar camp in the middle of a scalding Texas desert for a petty theft he didn’t commit. There he learns all kinds of useful things about getting along with his fellow “campers,” finding strength within himself and surviving.

In the book and its film adaptation, he must also contend with the mysterious obsessions of Camp Green Lake’s warden, who combines the ill temper of Cinderella’s stepmother with the tyranny of Strother Martin in Cool Hand Luke. Her marching orders? Each day, each camper must dig a 5-foot-by-5-foot hole in the sand “to build character.” We suspect there’s another reason.

If this already sounds a bit complicated for kids’ stuff, wait till you get a load of the movie’s subplots and the tangled chronology. Stanley (appealing newcomer Shia LaBeouf) is said to be in the grip of a family curse originating in eighteenth-century Latvia, so there are flashbacks to eighteenth-century Latvia. The Stetson-wearing, white-Chrysler-driving warden (if you can believe it, Sigourney Weaver) is under another kind of curse, so we also get flashbacks to the Old West, where a pretty schoolmarm (Patricia Arquette) becomes a legendary train robber and killer called Kissin’ Kate Barlow. (Weaver’s warden has a clumsy but scary straw boss called Mr. Sir, played in shambling, high-spirited fashion by Jon Voight.) Meanwhile, we also glimpse Stanley Yelnats’ hangdog family; his father (Henry Winkler) is a failed inventor seeking a cure for foot odor.

Scratch your head if you like, but Sachar must be doing something right. His best-seller has been published in thirty countries, and in 1999 it won the prestigious Newbery Medal for children’s fiction.

For director Andrew Davis, Holes is a major change of pace. His past credits are muscle-flexing, big-budget action thrillers like The Fugitive, Under Siege and Collateral Damage, so it’s a bit strange to find him in charge of an inspirational Disney fantasy about boys locked up in a pre-teen prison camp. But the versatile Davis moves the movie along smartly and, with help from Sachar’s screenplay, deftly executes the dual mission that’s driven kiddie lit since the nineteenth century and kiddie flicks since the twentieth. First, Holes amuses its young viewers with pre-adolescent comedy, youthful bonhomie, the notion of buried treasure and a touch of fable. But it also means to scare them a little (hey, they’re in the joint) while providing crucial life lessons — protecting the weak, rejecting greed, demanding social justice, standing up for yourself, building self-esteem.

The filmmakers have also worked in some sly jokes for any movie-buff parents who happen to accompany their youngsters to the multiplex. For one thing, the dusty, overheated landscapes look exactly like a Sergio Leone spaghetti Western, and the obvious Cool Hand Luke references are augmented by playful bows to everything from the John Ford canon to The Last Picture Show to the macho excesses of Sam Peckinpah. That tough old bastard would have to love the line “Bring me the file of Hector Zeroni.”