Did the city really think its streetcars would get here on schedule? 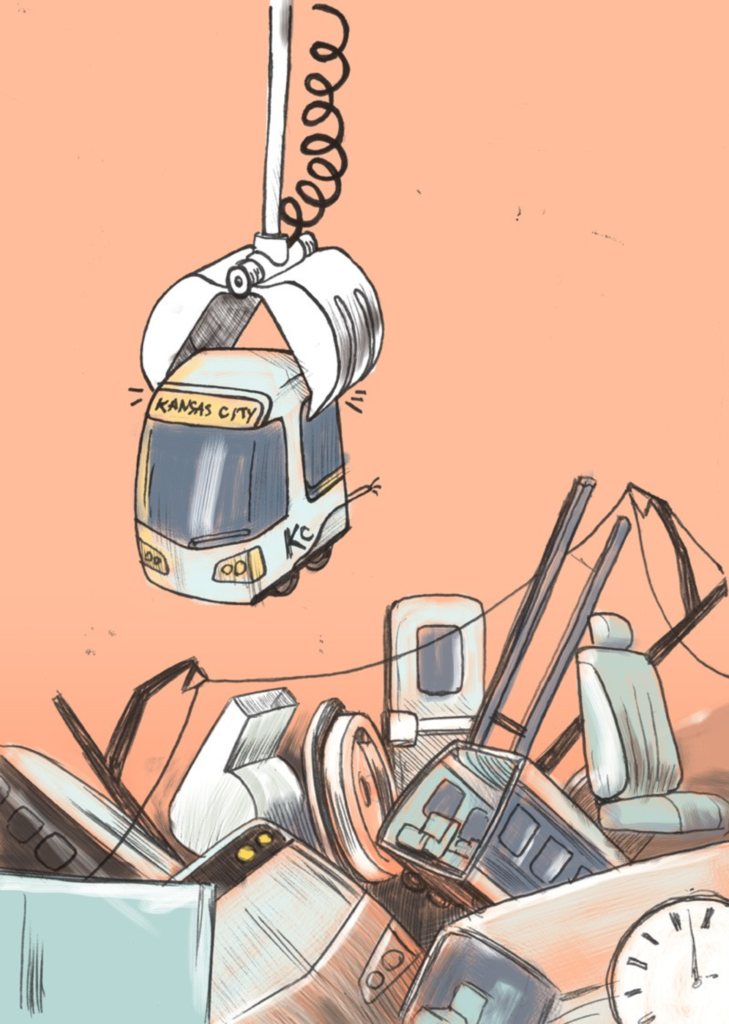 Ralph Davis, Kansas City, Missouri’s Public Works deputy director, got a call from a Kansas City Business Journal reporter the first week of August. The writer was curious about the possibility that the streetcar’s projected opening date was in peril. The Cincinnati Business Courier had reported that the Ohio city’s streetcar order from a Spanish firm was running late, an indicator that Kansas City’s vehicles might not arrive on time, either.

“All I know is what the paper said, so I don’t put any stock in that,” Davis told the Business Journal.

How much stock should we put in what Davis says?

On that question, not a lot. The Kansas City Star took to the story a week later and revealed that Davis had been dodging. The month before, the daily reported, he had traveled to New York — where streetcar contractor CAF is assembling Kansas City’s and Cincinnati’s vehicles — to learn what was taking so long.

I asked Davis if he could elaborate on the discrepancy between what he had told the Business Journal and what his travel records showed. Had he misspoken? Was it an errant quote?

His answer was indeed elaborate.

“The quote you reference is a response to a question from the Business Journal that asked me to comment on a newspaper article out of Cincinnati that was referencing a report that was issued from the City of Cincinnati,” Davis says in an e-mail. “Since I had not seen the report issued by Cincinnati I didn’t want to comment on that reporter’s interpretation. My quote was not in reference to our situation in Kansas City.”

It turns out that reporter’s interpretation was accurate, that streetcar shipments were running late. It’s something Kansas City knew as it threw block parties to celebrate the streetcar.

Intelligent people understand that major municipal capital projects usually encounter some type of delay. And CAF’s potentially failing to get its act together on schedule seems mostly to mean that testing the streetcar along the 2-mile Main Street route won’t be done in time for the line to be operational before the 2016 Big 12 college basketball tournament descends on the Sprint Center.

Big deal. Most of the Power & Light District was delayed well beyond the 2008 Big 12 tourney, without serious repercussions. Such risk is the nature of ambitious projects. If the streetcar opens less than half a year over schedule, transit supporters should count their lucky stars.

The city would have been smart to say this month that it knew CAF was behind, making a delay possible, and that this wasn’t the result of anything Kansas City had done wrong. Instead, Mayor Sly James and his administration held a party to celebrate the completion of a streetcar stop in late June, by which time a handful of boosters probably knew that the delay would soon be public knowledge.

Of course, city leaders are sensitive to streetcar problems. Since voters thwarted extensions to the downtown line last August, streetcar boosters have been banking on the idea that the line will be so popular downtown that the rest of the city will clamor for the rail to head their way. By that logic, though, the success or failure of the streetcar doesn’t depend on whether it can move Oklahoma Sooners fans up and down Main while a basketball game is happening three blocks off the line.

Members of the Streetcar Authority, which manages the downtown line, are satisfied that a $1,000-per-day fine, for each day that CAF delivers the streetcars beyond its June 10 deadline, is a suitable motivator for CAF to hustle.

By the time this story runs, those fines will have reached $47,000 — a pretty measly sum stacked alongside CAF’s $18 million contract.

Kansas City must have known whom it was dealing with. In addition to its tardiness here and in Cincinnati, the company has disappointed city leaders in Houston; last year, it couldn’t deliver that city’s light-rail components on time. (Other factors further delayed Houston’s new system.)

“From where I am sitting right now, it feels like they [CAF] had not properly figured out what kind of plant facility they would need to meet the promises they made to us in that contract,” said Christof Spieler, a board member of Houston’s transit authority, according to a March 28, 2014, Houston Chronicle article. “And we need to hold them to their promise, and they have to figure out how to get there.”

Ultimately, CAF took another eight months to deliver the first six of 39 cars that it had contracted with Houston to provide. And not until those half-dozen vehicles hit the street did CAF publicly comment on the delay. Between Davis and CAF, Kansas City’s streetcar watchers might be in for a quiet remainder of 2015.