Did Scott Roeder really act alone in the murder of George Tiller? 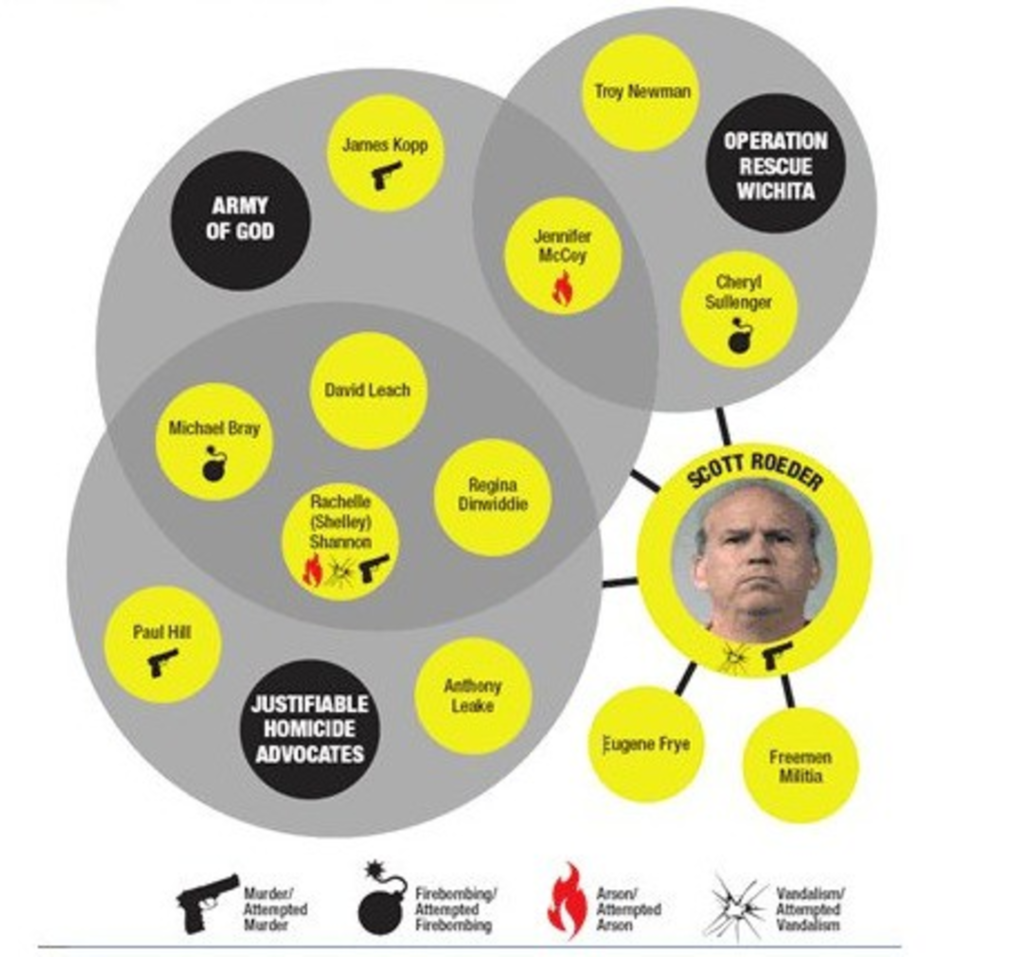 The Vinn Diagram above came from the Spring 2010 edition of Ms. Magazine. Along with the diagram is a helluva story from writer Amanda Robb, who wonders if Scott Roeder, the man convicted of murdering Wichita abortion provider George Tiller in May 2009, really acted alone. Robb interviewed Roeder and his friends, and she writes:

Using information gleaned from these sources, along with public

records, it is possible to piece together the

between Roeder and other anti-abortion extremists

Robb makes a case for conspiracy in Tiller’s murder, laying out each

person’s connection to Roeder. She does so as she tries to understand how someone could murder to

stop abortion because her uncle, abortion provider Barnett Slepian, was

murdered in a sniper attack by James Kopp.

In an interview with Robb, Roeder claimed that he went to lunch with Operation Rescue’s brain trust — president Troy Newman and Cheryl Sullenger, who was convicted of conspiracy to bomb a California abortion clinic in 1988 — in 2002.