Did Linda Mau lose her Roeland Park mayoral bid because of an anonymous flier? 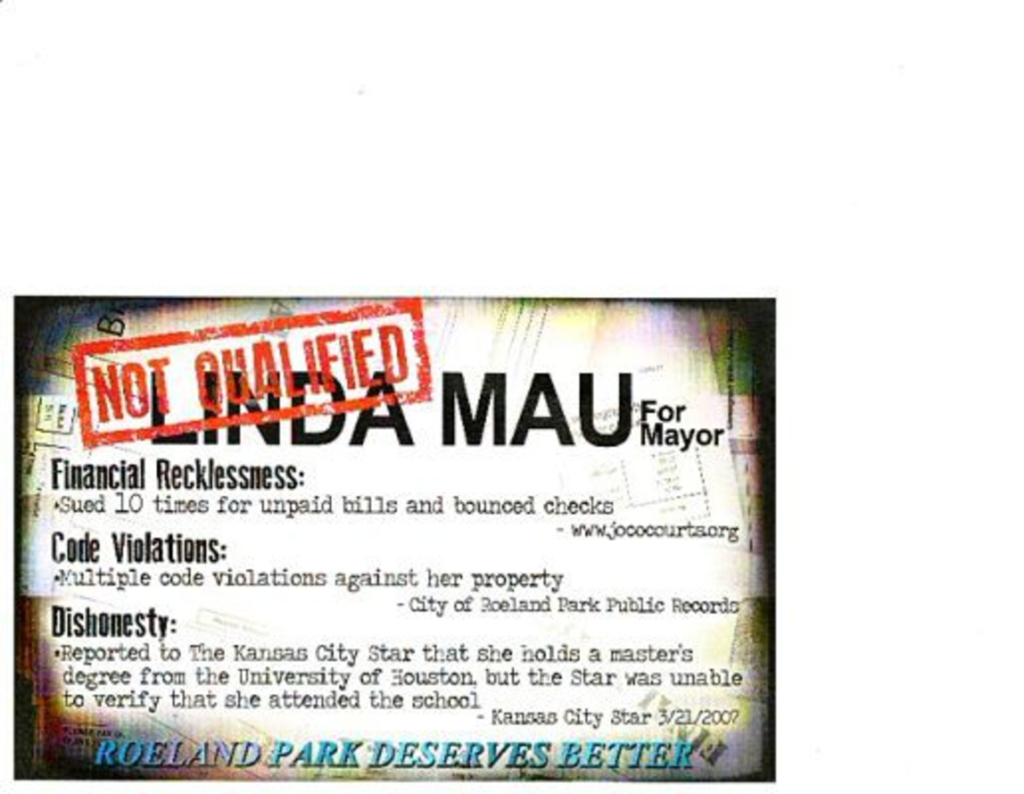 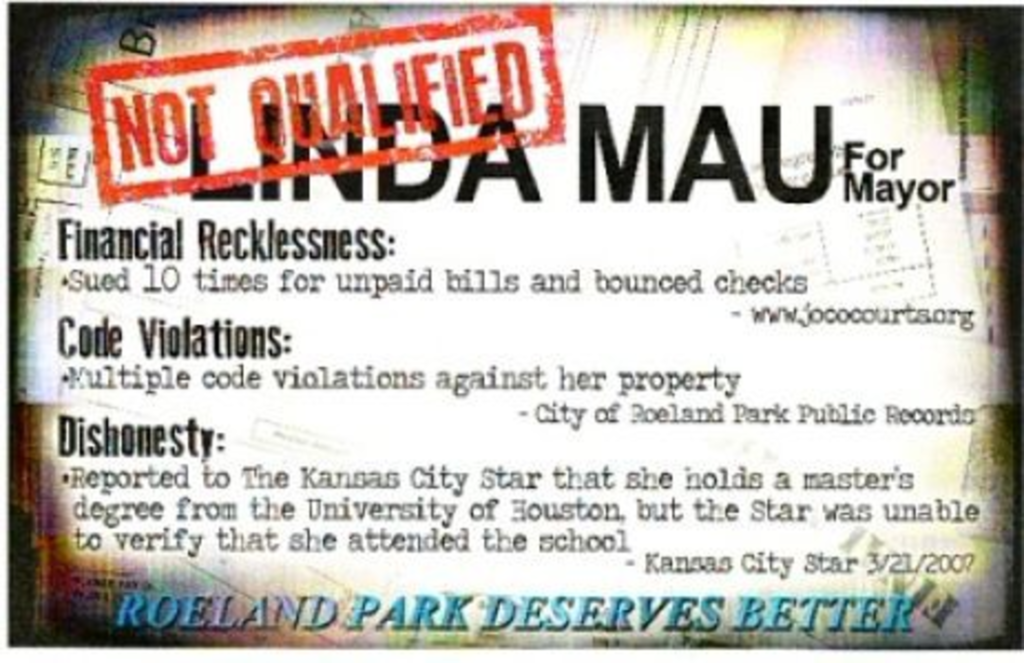 Linda Mau woke up pissed off Wednesday, one of several aspirants for elected office throughout the metro who lost in Tuesday’s general election.

She had also joined the historical ranks of politicians who may have been thwarted by negative campaigning. The Roeland Park mayoral candidate found herself on the business end of tactics not regularly seen in cities that size.

Roeland Park residents last week opened their mailboxes to find a one-page anonymous mailer that took Mau, a city councilwoman from 2003 to 2007, to task for codes violations, questioned her education credentials, and charged that she’d skipped out on bills and written rubber checks.