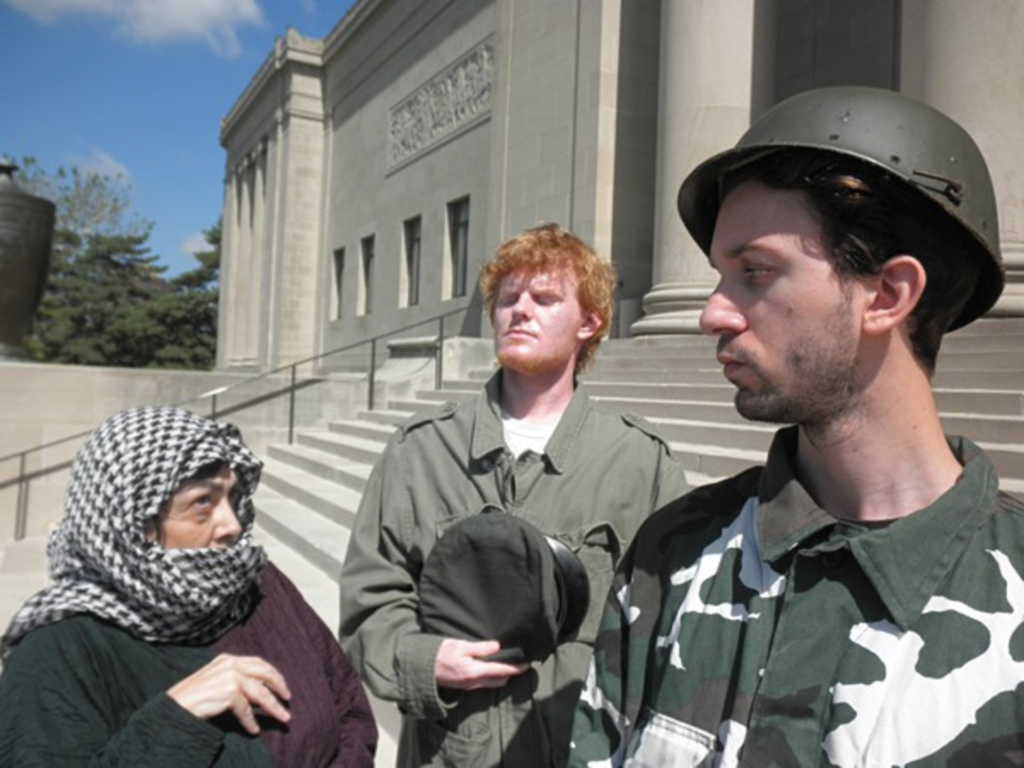 It’s been just 2,478 years since the first production of Aeschylus’ Seven Against Thebes, part of a trilogy written about the legacy of Oedipus, King of Thebes, the original motherfucker. A work rich with dialogue but short on plot, it chronicles the strife between Oedipus’ two sons, Eteocles and Polynices, as their plan to rule Thebes in alternating years goes awry when Eteocles refuses to step down. Directed by Ernest L. Williams and scored by Mark Southerland and Beau Bledsoe, Gorilla Theatre’s production of the play ends its run at 7 p.m. on the south steps of the Nelson-Atkins Museum of Art (4525 Oak, 816-751-1278). This is the 20th Greek play that Gorilla has produced over the past 21 years. “This year, we have a very large cast and we even have the help of Paul Mesner’s puppets,” says David Luby, Gorilla’s artistic director. (Other performances are at 7:30 a.m. Saturday, July 9, and Sunday, July 10.) Bring chairs or blankets for this free performance, at which donations are welcome. For more information, call 816-510-3372 or see Gorilla Theatre Productions on Facebook.