Diana Condori of Cóndor’s Cove shakes up The Pitch Questionnaire 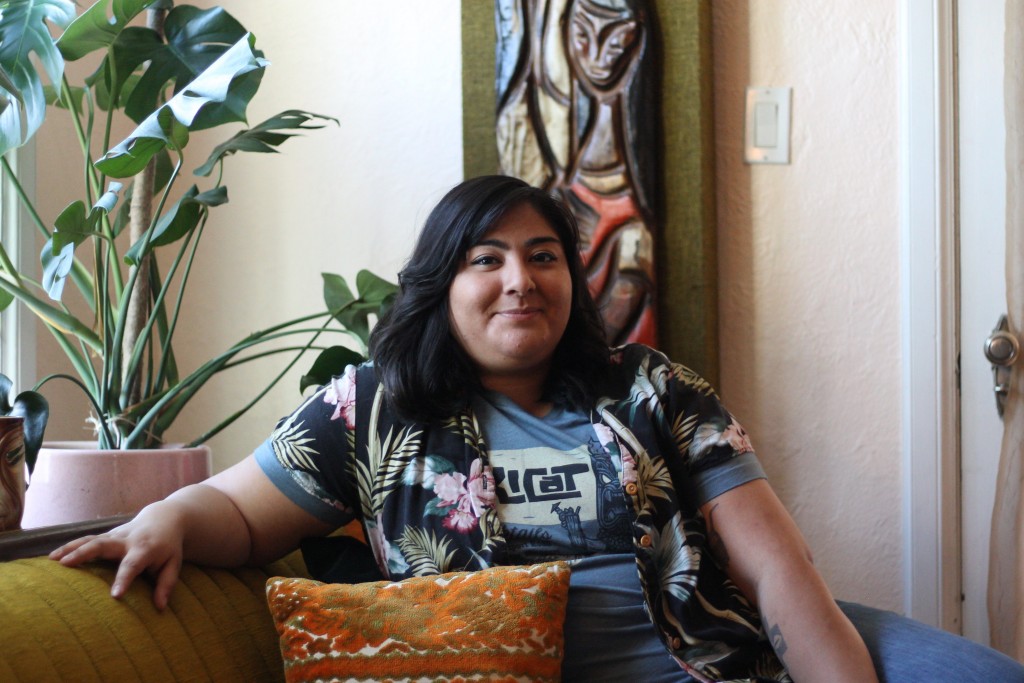 Bolivia native, Diana Condori, has long been a part of the bar scene, but after mixing and serving Kansas City since her teens, she has taken a well-deserved leap into the spotlight. In January, Condori announced a tiki pop-up bar concept she had been working on: Cóndor’s Cove. Since her announcement, she has hosted multiple successful pop-ups all around the city in local bars such as The Pressed Penny Tavern and Westport Cafe & Bar. Condori’s next pop-up will be Sunday, March 14 at Waldo Thai. For reservation info, be sure to follow her on Facebook or Instagram.

In her Pitch Questionnaire, Diana talks about her longtime career in the bar industry as a woman and POC, the deep ties she has to her Bolivian roots, and about her latest tiki-inspired pop-up concept.

What got you into the bartending scene?

I would like to say it all started when I was little. My cousin, Yesica, and I would create “potions”. From lotions to shakes, we had our imaginary shop running. But to really be honest it all started when I was 17 while hosting at a local restaurant at the time. I was mesmerized by the “bartenders dance” and really wanted to move my way up to bartending one day. At the time I was very young and shy and bartending seemed like a way to gain confidence and social skills. Once I turned 21, I started bartending morning shifts and eventually weekends shifts. When I started working weekends something clicked in my head and I was hungry to get better. There is something on a weekend night shift that gives you an adrenaline rush that I instantly couldn’t wait to learn, create, connect and repeat over and over again.

Has the industry been inclusive?

I would say for the most part I believe our industry tries to be inclusive but I also feel like I got lucky. I feel like I had friends in the right places at the times I felt excluded. I have experienced discrimination for not looking a certain way or fitting a certain “look” and sadly I know many other fellow coworkers who have felt the same. At the time I was so young and the money was great and it always felt like it was just part of life, but soon enough I realized it shouldn’t be. I slowly started learning my worth and my work ethic has gotten me to the place I am today. I do wish to see more diversity in bartending positions, leadership roles, and ownership in our industry, but that comes with time and I hope to be part of the contribution.

Where did you get your tiki inspiration?

I had no idea about tiki culture until I started working at TikiCat. It was a big shift in my bartending career and it was a rabbit hole I was ready to learn about. What really fascinated me first about tiki was the escapism and exotic drinks it pairs with. Once you get into tiki it’s kind of hard to get out, and that is what happened to me when I went to Tiki Oasis Arizona 2019. We were representing TikiCat and the love and welcoming vibes were enough for me to be inspired by it. I already really enjoyed my job at TikiCat but that trip to Tiki Oasis was an incredible experience and I just wanted to share and create when we got back to KC, the rest is history. 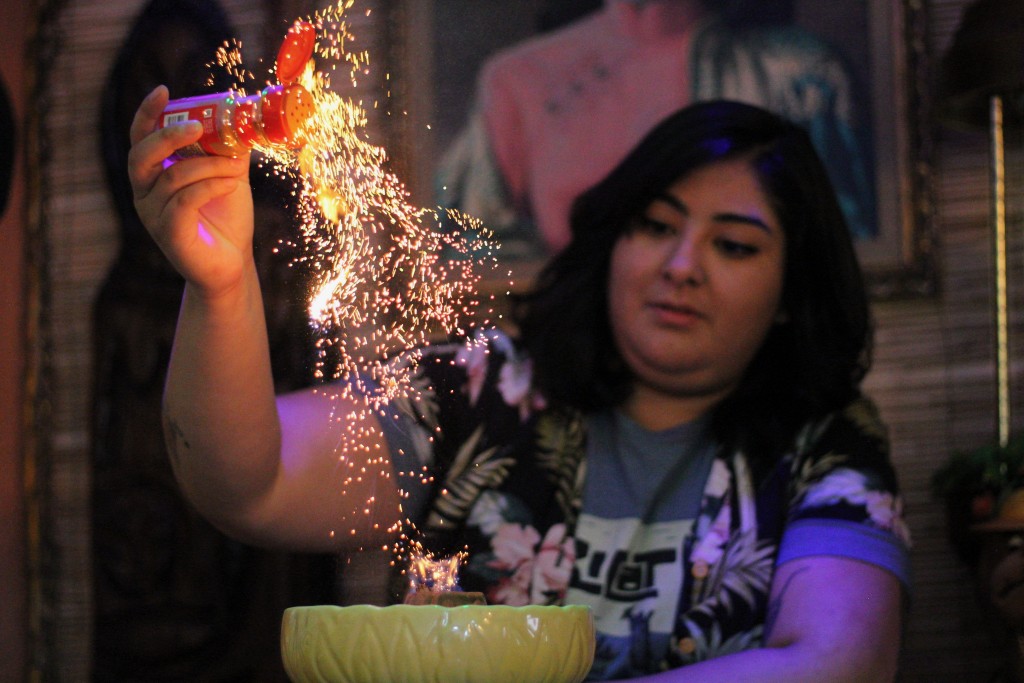 Condori always has a trick up her sleeve. Sometimes, it contains fire. // Bek Shackelford

What does the Kansas City bar scene need more of?

For me as a person of color, I would love to see more diversity in ownership and leadership roles but like I mentioned before that comes with time. I believe if we had some sort of mentorship programs that could really help change and structure the industry. It’s also hard to get hired for serving or bartending positions because most places look for candidates that are “experienced” or that have “knowledge in spirits”,  but I also feel like if a person is willing to learn, give them a chance. Maybe probationary periods for new hires could really help shape up how we run our businesses for the better. Maybe one day we will offer apprenticeship programs for front of house just how culinary apprenticeships programs are normal.

Your go-to after a long shift?

I would say… either Westport Cafe or The Pressed Penny Tavern. I really appreciate what they do there, plus they both serve amazing food very late to the night.

Are your drink recipes all original? If not, where are they from?

I would say a variation of classics and originals are featured at my pop-ups. Most of the classic tiki recipes were created by Donn Beach or Trader Vic and many of those were adapted by Martin Cate and Jeff Berry [Jeff ‘Beachbum’ Berry, not the former KKK leader by the same name], who have amazing books. I usually base my classic cocktails on these books. As for my originals, they are inspired by classic drinks and a lot of trial and error. There are way more steps to creating your own original cocktails, but I would say the fundamentals come from classic recipes that go way back to prohibition times. 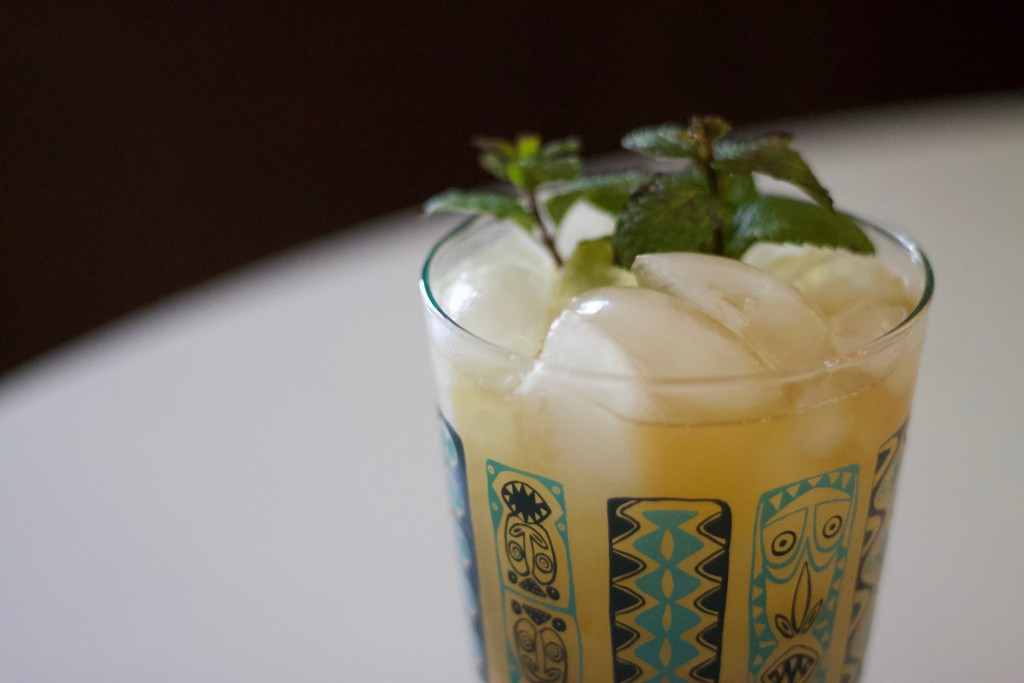 Condori has made so many mai tai’s like the one pictured, that she could probably shake one up in her sleep. // Bek Shackelford

How has your past influenced your present?

Growing up in Bolivia and coming to the United States at 11 years old impacted my life tremendously. I had to adapt and learn a new language, but the toughest part was being separated from my family in Bolivia. We lived in poverty and the majority of the money we lived off of was from my mom sending money to us. Once I moved here, the majority of the time I was left home alone because my parents worked 40 hours or more to make ends meet. My parents were also in deep debt, and my mom being an immigrant made it tougher. I made a promise to myself and my family that one day we will get out of poverty. I started working at 16 years old and ever since then I have dedicated myself to achieving that promise and have accomplished parts of it. My work ethic comes from my mom and my motivation comes from my family and that has shaped me to be who I am today.

What is the inspiration behind the name of Condor’s Cove?

The name was inspired by many factors in my life. One of them being the national animal of my country, Bolivia, and relates back to my Inca ancestors who praised the bird to be connected to the divine. But one of the most important reasons is because it relates to my last name Condori. Bolivia has a sad history of discriminating against its own people for having a certain last name that connects them to their indigenous roots. People that have indigenous last names are categorized as “indios”, which is a racist/classist insult. Growing up in Bolivia, I remember my aunt changing our last names to be able to participate in community programs. Being able to put part of my indigenous roots to my brand means we made it. I will no longer hide my identity and who I am because our last name is beautiful. I added the cove because it fit perfectly with my tiki inspiration of escapism and the end result: “Condor’s Cove”!

Who are your right-hand men/women in the pop-up game?

I’m so lucky to call my team my fam. Nobian Henan and Austin Chapman have been there with me since day one with my pop-ups. It all started with a fun idea that flourished into who we are now. Nobian helps me curate these spaces into tropical hideaways while Austin is our creative and graphic designer who created the amazing logo we have! I also have amazing homies who help me out whenever they can. Thank you, guys! 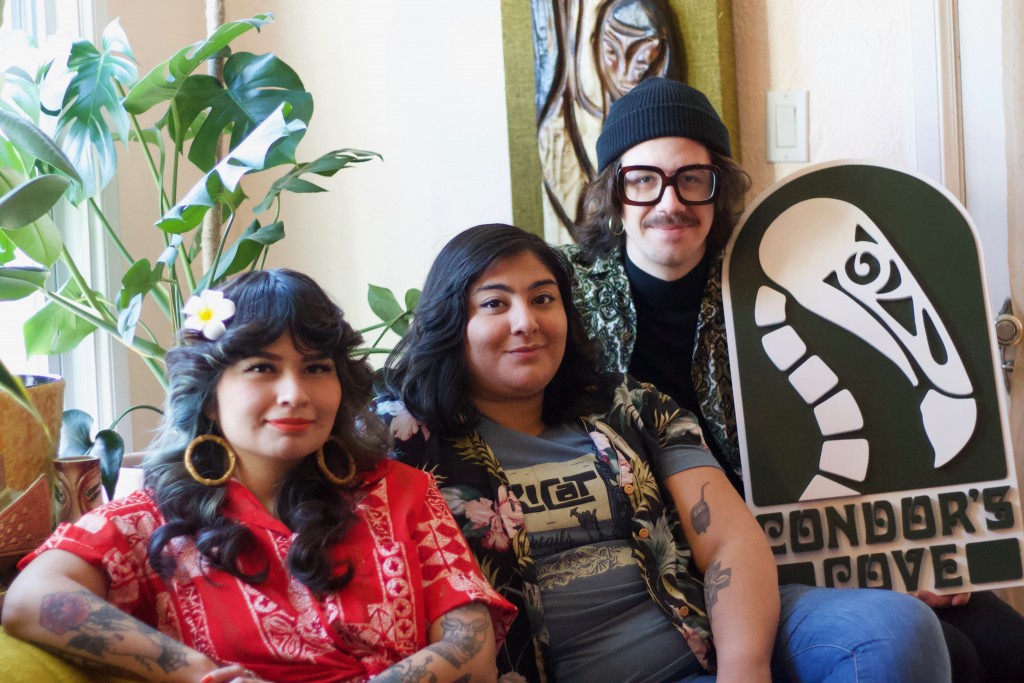 What would you tell a younger version of yourself?

Don’t be afraid to ask questions and to speak up when something is wrong.

What is the long-term goal of Condor’s Cove?

I have a few long-term goals for Condor’s Cove and one of them having a brick-and-mortar location. Right now though, a more realistic goal is the purchase of a mobile bar. Hopefully we achieve one of these goals but the pop-ups around KC have been a dream of its own! I am able to collaborate and learn from so many talented people. I am very lucky.

What’s in your personal liquor cabinet?

Lots of RUMMMM…and whiskey. I have more rum because of my tiki events, but I do love whiskey. Right now my most precious bottle is the Black Tot British Navy Rum, which I acquired due to the sad closing of TikiCat. You best believe I will only open it on a special occasion.

What tunes do you pump when closing?

What gets you out of bed in the morning (err, afternoon—let’s face it, you bartend)?

The main thing that gets me out of bed is my little dog, Gordita! She is my adorable, tiny troll. Second thing: coffeeeeeeeeee! 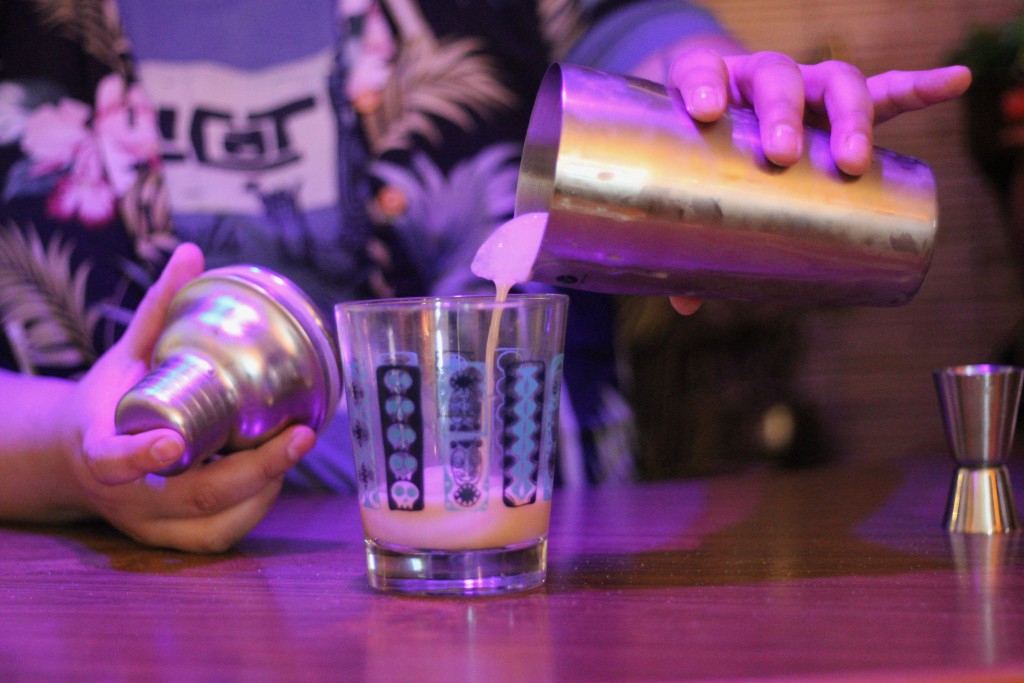 Condori, working some of her magic at Henan and Chapmans’ home bar. // Bek Shackelford

When is your upcoming pop-up and how can we make reservations?

The next pop-up will be at Waldo Thai on March 14th! We are still working out some kinks, but just make sure to follow Condor’s Cove either on Instagram or Facebook for updates on how to make your reservation.