DEVO spazzes out at the third Buzz Under the Stars 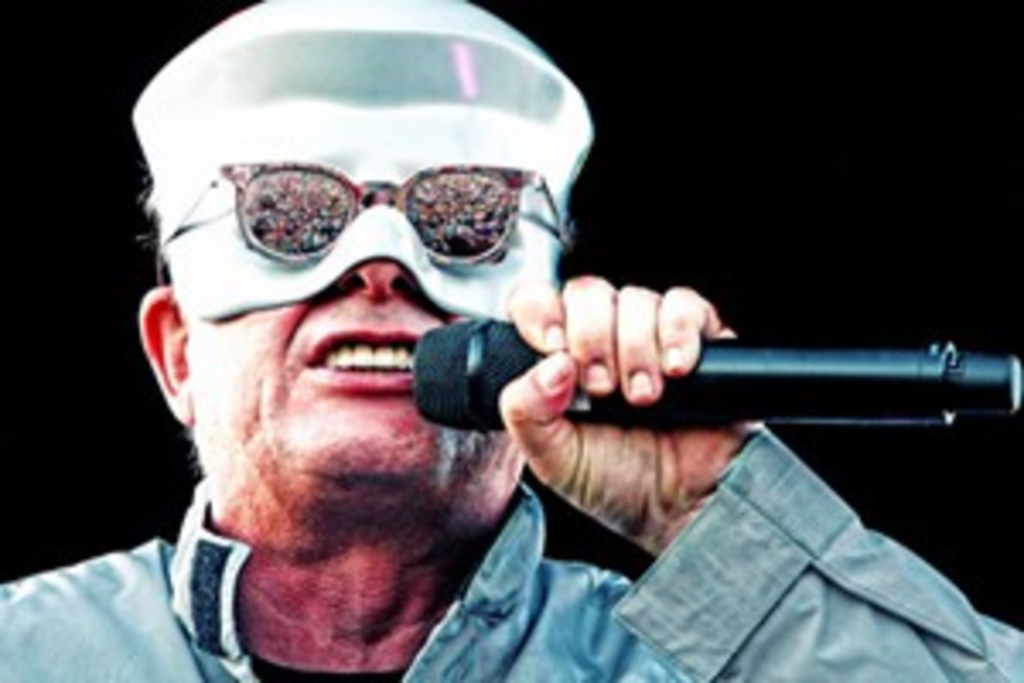 Thanks to construction on I-70 from Lawrence, I arrived just in time to miss openers Crash Kings, which gave enough time to wander the perimeter of 96.5 the Buzz’s third installment of its summer concert series, Buzz Under the Stars. In a rare show of inspiration, 96.5 the Buzz acquired weirdo-rock legends DEVO — and then relegated them to a fifty minute set in the middle of the show. It was disrespectful, sure, but seeing the already drunk crowd of well-dressed to shirtless and skeezy twenty-somethings, dads, drug dealers and teenagers, it was probably the safest bet to keep folks from leaving early. (Sad, but true.)