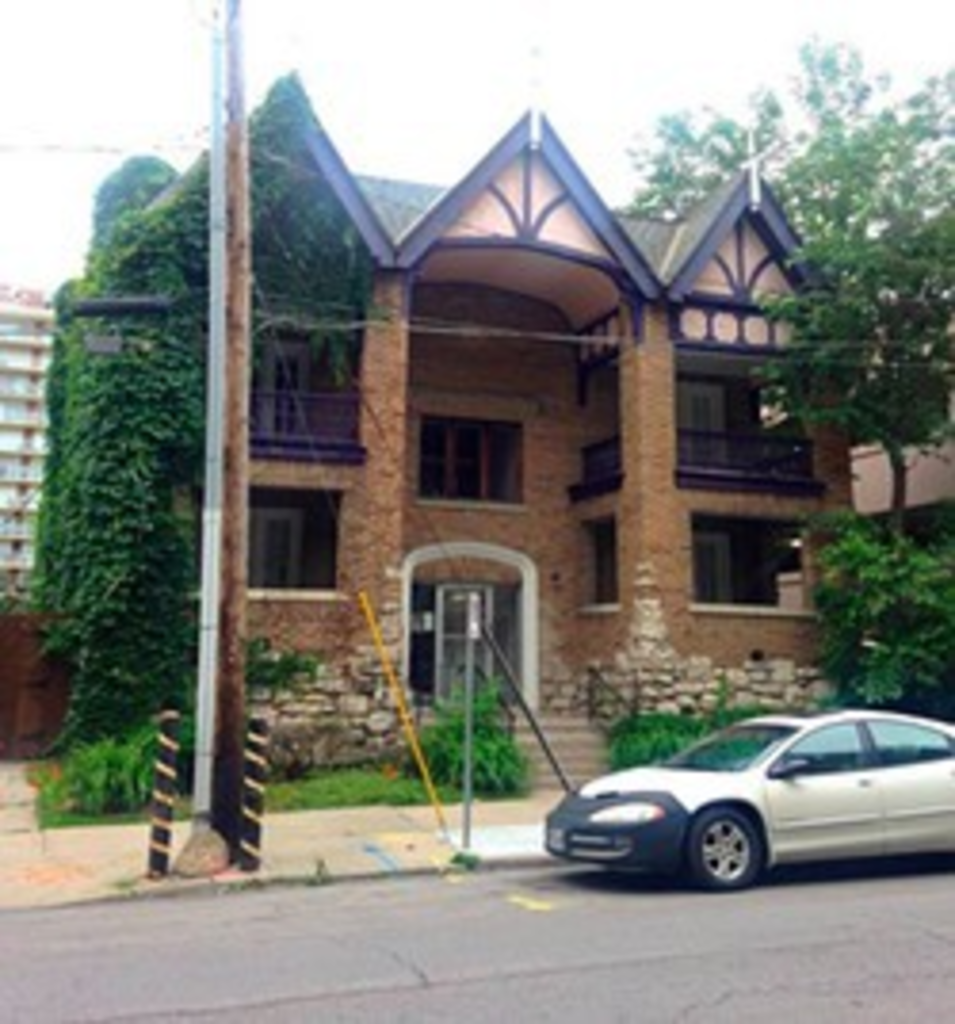 To hear Doug Price describe three apartment buildings he bought near the Country Club Plaza, and the Plaza area in general, he’s a property owner in a declining part of town.

Price, whose family is the namesake of Price Brothers Development, wanted to make the case last Friday to the Kansas City Historic Preservation Commission that three Nelle Peters-designed apartment buildings near the Plaza need to go the way of the wrecking ball.

After citing several areas of town that he thinks are flourishing — Waldo and 39th Street, among others — he had this to say about the Plaza: “There’s one area of town that hasn’t done well … that’s the Country Club Plaza.”

And those buildings at 4728-34 Summit, which abut Bloch Cancer Survivors Park, that he bought last year? He wants to tear them down, although he said he doesn’t have plans for what would come next.

“Anything I’m going to build is going to be darn nice,” Price told the commission during an afternoon meeting at City Hall. “Much better than the crud that’s there now.”

Price’s course toward demolition now faces obstacles. Ever since Price quietly obtained predemolition permits on the buildings in May, the Historic Kansas City Foundation sought to expand a pre-existing Nelle Peters Thematic District to include those 1927-vintage apartments.

The local historic district is named after the famed Kansas City architect, a pioneering and prolific building designer who reportedly has about 1,000 buildings in town to her name. The district includes properties adjacent to the three apartments in question, and it was never made clear why its original boundaries in 1989 omitted the Peters apartments.

Such a designation, if approved by the City Council, would mean that Price would have to get the blessing from the Historic Preservation Commission to tear the buildings down. If the commission denied his request, he couldn’t make another one for three years.

The Historic Preservation Commission cast a 5-1 vote in favor of including the buildings in the district. The matter now goes to the Kansas City Plan Commission and then up to the City Council for its final say.

The one no-vote came from Doug Stone, a real-estate attorney for Husch Blackwell. Stone expressed reservations about limiting what Price can do with property he owns, and gave greater weight to Price’s contention that the buildings were too far gone for a renovation project. Stone added that it’s an open question about whether Peters actually designed two of the three buildings.

Price argued that Peters signed the architectural plans for only the northernmost of the three buildings, raising the possibility that another architect merely copied the Peters design.

Brad Wolf, Kansas City’s historic preservation officer, says the city doesn’t have its hands on the plans for the other two buildings. The three buildings look substantially alike and were built in the same year by the same developer.

Supporters of the buildings packed City Hall’s 10th-floor hearing room on Friday. Among those who voiced support for saving and restoring the properties were Vince Gaulthier and Butch Rigby, both experienced professionals in local redevelopment projects. One nearby resident, Mark Untersee, said the buildings had long been in decline and supported the idea of demolishing them.

Price says there’s no economic case for renovating the buildings. To do so, he testified, would mean charging rents that work out to $2.25 a square foot. By comparison, rental rates for forthcoming apartments at downtown high-rise One Light come to slightly less than $2 a square foot. The under-construction project in the Power & Light District includes a slew of amenities that the floor configuration of the Nelle Peters buildings  can’t allow.

But Price wasn’t able to share a financial analysis to support his point. Nor did he have a professional engineering report to back up his contention that the three buildings were “rotten” inside in a way that precluded renovation.

That seemed to sway the majority of the Historic Preservation Commission.

“We’re being asked to make a decision based on testimony, but no evidence to back it up,” said Patrick Bustos, one of six commissioners on the board.

“I would like to say that much of the testimony that was given today convinces me that these buildings have historical value,” Joe Mattox said.