Despite a new $1.6 million settlement over a poisoning at a West Bottoms prison, the problems at the Missouri Department of Corrections haven’t gone away 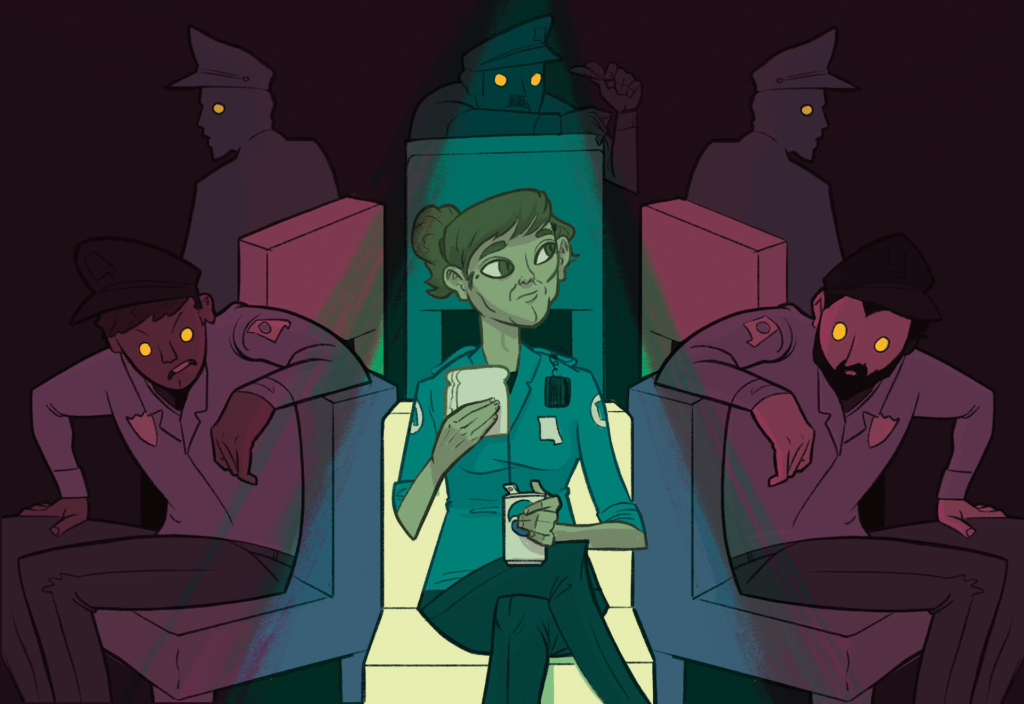 When Tina Gallego, a Missouri prison guard, complained to her superintendent about the disgusting names her male counterparts were calling her and other female corrections officers — “cunt,” “bitch,” “whore” — she was told if she didn’t like it, she could get a job at Walmart.

A few months later, Gallego, who was employed at the state prison in Kansas City’s West Bottoms, testified in a fellow female guard’s discrimination trial. After returning to work, she entered a housing unit to tell an inmate it was time for dinner, according to a deposition obtained by The Pitch. The inmate was watching television. His eyes didn’t leave the screen, but he gave Gallego some chilling advice.

Later that night, one of the three male guards at the prison known for subjecting female guards to filthy language and inappropriate touching told Gallego, “We’re going to whip your ass,” according to her testimony.

Fearful for her life, Gallego was allowed to take a paid leave of absence. Six months later, she was ordered her to either return to work or be fired. The three male guards had been let go. Gallego needed the money, so she went back to her old job.

At which point she was poisoned.

Nine days after returning to the West Bottoms prison, Gallego says she opened a can of Pepsi while in a housing unit. She took a few sips, then was summoned to a different area of the prison. She returned to retrieve her belongings, including the Pepsi. She took a drink. It tasted bitter. She drank a little more and then tossed the can in the trash.

Within hours her feet and legs began to swell and welts appeared on her body. Then she got dizzy and sick to her stomach. At home, she continued to vomit. But she didn’t want to go to the emergency room. It would be too expensive, Gallego said in the deposition. Her pay was only $34,000 a year.

A former workmate took her to a doctor who concluded, after an examination that included blood work, that her problem was not viral.

“‘There’s no doubt in my mind that you’ve been poisoned,’” Gallego said the doctor told her.

Gallego filed her own discrimination lawsuit in late 2016, and the trial was scheduled for June of this year. Recently, though, Missouri Attorney General Josh Hawley made Gallego an offer she couldn’t refuse: $1.6 million to settle the case.

“I wasn’t afraid to go to trial,” Gallego, who is now 52 and works at the Johnson County Corrections Department, in Olathe, tells The Pitch, “but I didn’t want my family or myself to go through this anymore.”

Hawley, who is currently running for U.S. Senate, said because of his schedule he could not fit in an interview. Hawley was elected attorney general around the same time that Gallego filed her lawsuit.

When asked about the hefty settlement, Hawley’s press secretary Mary Compton sent an emailed response that said: “We looked at the merits of the case and determined a settlement at this level would be in the best interest of the State.”

The Pitch first reported on the culture of corruption, harassment, and retaliation inside the Missouri Department of Corrections in November 2016. We found that the victims were often female corrections officers, and that perpetrators regularly received little or no discipline. Some employees, including those at the Kansas City Re-Entry Center, the minimum-security prison where Gallego worked, kept their jobs despite ample documentation describing actions that were lewd, debasing, and vulgar. The Pitch also found that taxpayers have footed the bill for millions of dollars in jury awards, lawsuit settlements, and legal fees — amounts that the state legislative committee members assigned to overseeing DOC say they weren’t informed about.

After the story was published, then-Governor Eric Greitens fired longtime DOC director George Lombardi and hired Anne Precythe. Precythe, who arrived from the North Carolina Department of Correction, has replaced most of the senior managers and many of the wardens. Notably, though, the majority of those positions were filled internally and not through outside hires.

The state legislature conducted its own probe of the troubled department. As part of its findings, the legislature recommended that the attorney general provide the DOC legislative oversight committee a monthly report of all lawsuit settlements and judgments. According to the report and the attorney general’s office, the cost to taxpayers so far this year for harassment and discrimination of DOC guards is $4.96 million. That compares to $1.5 million in all of 2017.

In Gallego’s case, she was paid $800,000 in April. Her attorneys also will receive $800,000, but the state will not make that payment until the new fiscal year begins in July. No explanation has been given for why that payment is being delayed. (In addition, the $800,000 payment to Gallego was not included in the April monthly report. May’s report has not been released.)

“Names have changed,” Cutt says. “But that’s all that’s changed. There is an inherent problem the department can’t get away from, and that is the department is investigating itself.”

Cutt says complaints to his office have continued: “People call all the time.”

It’s difficult to gage whether the department changes and new policies have improved the treatment of female guards and those guards with disabilities. Hawley’s office has yet to fill a Sunshine request for the number of new discrimination lawsuits filed since he took office in January 2017.

Gary Gross, director of MOCOA, says the DOC’s problems “are not being addressed any better than they were before.”

The fact that Missouri’s corrections officers are some of the lowest paid in the country doesn’t help matters, Gross notes. He’s also critical of how the DOC promoted from within in the aftermath of the explosive revelations. Many of those promoted have the same bad habits as the previous managers. And some of the bad managers weren’t let go, Gross says; they were just transferred.

“My opinion is that it has not been a house cleaning,” he says. “It’s musical chairs.”

As for Gallego, she says she’s ready to put her experience in the West Bottoms behind her. She says she likes her new job in Johnson County. But she still has moments of paranoia.

“Because I told the truth, my whole life changed in a day,” Gallego says of her decision to testify in the original discrimination trial. “I spent a lot of time living on couches and not knowing what the next day was going to bring or how I was going to make it. I prayed to God. That’s the one thing they couldn’t take. They couldn’t take my faith.”