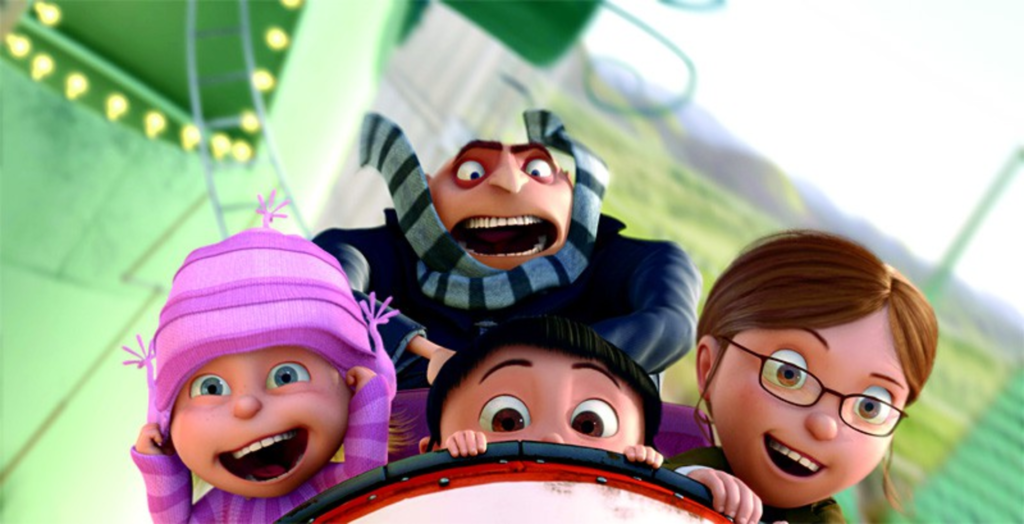 As the lights were dimming before the screening of Despicable Me, the 6-year-old who lives in my house leaned over and said, “I hope this is funny — not like Toy Story 3,” which was, to him, “sad” and “scary.” So, then, to the movie featuring fart guns, shrink rays and squid shooters! Despicable Me is a silly antidote to Toy Story 3‘s thoughtful heaviness — a cavalcade of kiddie giggles, titters and belly laughs with as much heft as helium. It’s rather joyful and heartfelt, too. This is the story of a wannabe evil genius (Gru, voiced by Steve Carell) who learns that buried beneath his heft and his hefty mommy issues is a heart large enough to find room for three orphaned girls. To that, add countless yellow, pill-shaped, one- or two-eyed “minions,” who provide comic relief enough to fuel a surefire spinoff show on Nickelodeon. It’s also one of the rare instances in the recent history of 3-D’s resurrection in which the technology accentuates the experience. Grown-ups, though, be warned: I had more fun watching the kid giggle through the screening than I did watching the movie itself. It’s no Toy Story 3.