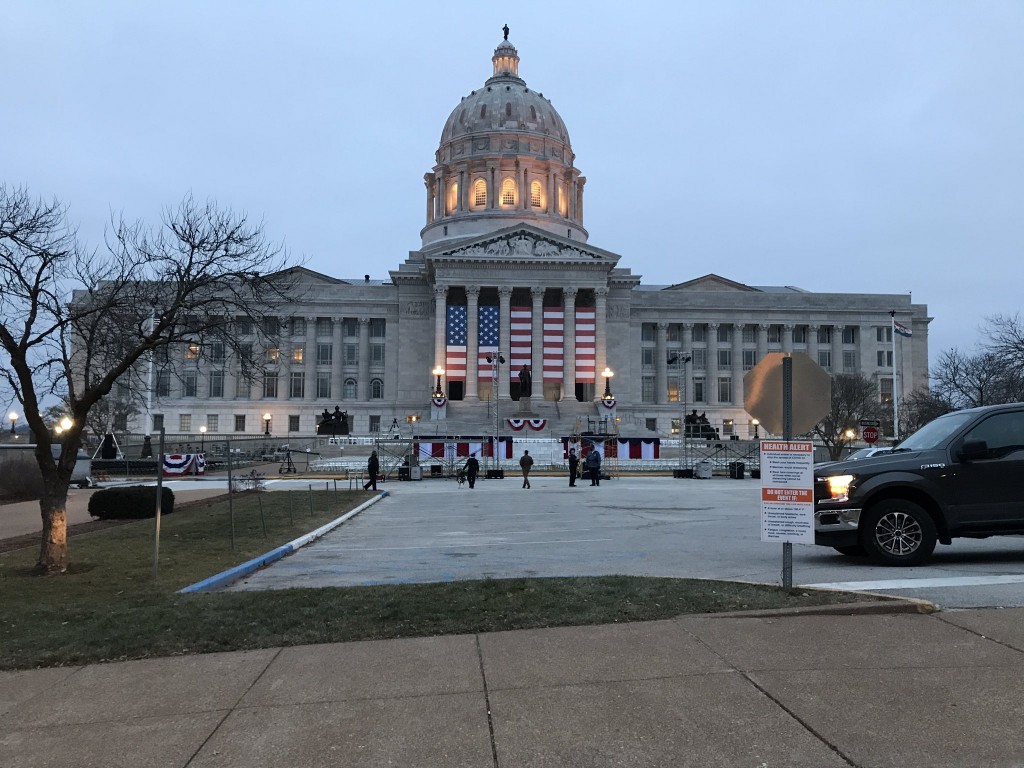 Missouri Capitol. // Courtesy of the Missouri Department of Public Safety

If an LGBTQ history exhibit was removed from the Missouri Capitol because it didn’t get pre-approval from a specific board, then every exhibit on display that didn’t get approved must also be removed, House Minority Leader Crystal Quade argued in a letter to state officials on Wednesday.

That would mean, she said, that there would be no exhibits on display.

In the letter addressed to Dru Buntin, director of the Department of Natural Resources, Quade says Gov. Mike Parson’s explanation for why the display was removed was a lie.

Parson said the exhibit was taken down after he received complaints and because it wasn’t approved for display by the board of public buildings. However, the board’s meeting minutes going back five years show it has never discussed museum exhibits, and the former museum director said in 24 years he never had to seek approval from the board regarding exhibits.

Quade, a Springfield Democrat, wrote that Buntin and Parson fabricated a reason for why the exhibit was removed to avoid being accused of “homophobia and content-based discrimination.”

“If you stick to your story that the LBGTQ exhibit had to come down because the board of public buildings didn’t approve it,” Quade wrote, “then to be consistent you must immediately remove all exhibits the board hasn’t approved. Since this is a function the board has never performed, that means stripping the Missouri State Museum bare.”

Failure to do so, Quade wrote, would be a “tacit admission that you and the governor have caved to homophobia and engaged in content-based discrimination — the very thing your lie was intended to avoid.”

Quade urged Buntin and Parson instead to simply return the LGBTQ exhibit to the Capitol.

Neither DNR nor the governor’s office responded to a request for comment on Quade’s letter Wednesday morning.

The exhibit in question, called “Making History: Kansas City and the Rise of Gay Rights,” documented the early days of LGBTQ activism in the state. It consisted of banners, curated by University of Missouri-Kansas City history students, recounting the activism of the city’s LGBTQ community.

It was on display for only four days before it was taken down, even though it had been scheduled to remain until Dec. 26. Parson’s administration announced late Friday that instead of the Capitol, the exhibit would be moved and put on display down the street in the Lohman Building.

Later on Wednesday, the National Council on Public History wrote to Parson asking him to rethink the decision to remove the exhibit from the Capitol.

Thursday morning, Sen. Greg Razer, a Kansas City Democrat and the only openly gay member of the Senate, released a letter he sent to Parson this week also demanding the exhibits return. If the governor refuses, Razer wants all records documenting any time the board of public buildings has ever approved a museum exhibit.

The governor has not responded to Razer’s letter.