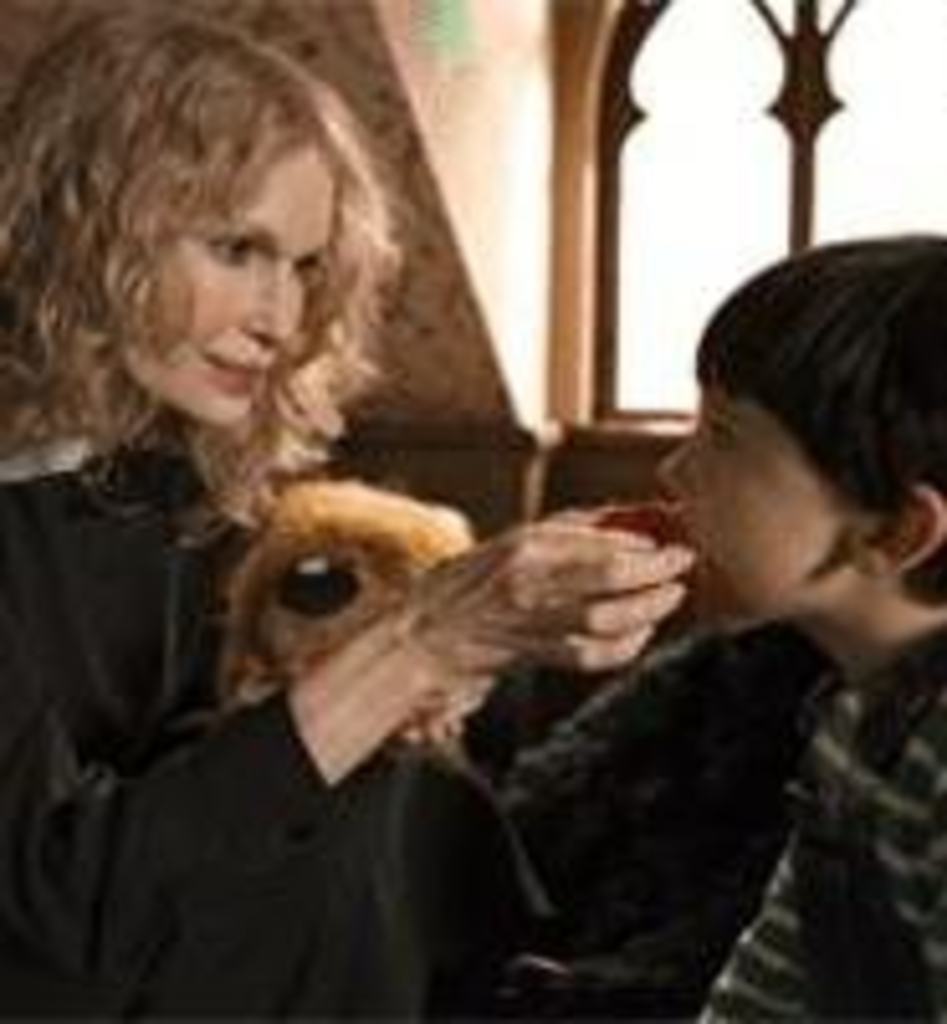 There was a time when people moaned whenever Hollywood remade — and thus sucked the life out of — a classic movie. These days, Hollywood just sucks the life out of movies that weren’t that great in the first place. Ah, progress.

Well, June 6, 2006, is upon us, which means it’s time to dust off The Omen. The original 1976 horror flick, starring Gregory Peck as the adoptive father of Satan’s kid, wasn’t a bad movie, but it was a weak sister to other kiddie-devil flicks of that era, notably The Exorcist and Rosemary’s Baby. Directed by Richard Donner (who graduated to Superman and the Lethal Weapon franchise), it was a mildly creepy, well-made, well-acted shockfest with a hollow core. Today’s version, like the Antichrist at its center, is a whole lot like its daddy. There’s a fascinating movie buried inside this story, but it’s not the one the filmmakers decided to make. This Omen is simply too big for its britches.

It comes down to a matter of suspending disbelief. You may be willing, for the sake of your investment, to believe that the son of Satan can be born from a jackal and slipped to an American ambassador (played by Liev Schreiber) whose newborn baby has died. You may buy the lovely Julia Stiles as the wife who begins to doubt her sanity because her child seems to be evil. It’s plausible that a tabloid photographer (David Thewlis) could begin predicting the string of deaths that begin popping up around the li’l devil through apparitions visible in his photographs. Mia Farrow as the Antichrist’s wet nurse? Sure.

But it’s just not possible to believe that God and the Catholic Church, faced with the specter of the Apocalypse, would send, in the world’s defense, a single nutso priest (even one played with scenery-gnawing bravado by Pete Postlethwaite). If The Da Vinci Code has taught us anything, it’s that these guys have some muscle at their disposal; call in Opus Dei or something. (In one hilarious scene, a priest gives the pope a PowerPoint presentation about the Apocalypse.) But in the final battle between good and evil, God recruits a loon, and the devil sends a child, a nanny and some dogs. This is one bush-league day of reckoning.

Out of this come a couple of cans of interesting theological worms that director John Moore (Behind Enemy Lines) steadfastly refuses to open. The film makes a big deal about all the signs of the end times (as predicted in the Book of Revelations) being at hand, though it has to twist some stuff around to make the European Union represent “the Rise of the Roman Empire.” (The original had to do the same, using the European Common Market.) But what about the implied notion that the end of the world is necessary for the return of Christ? And if these events are set in motion by biblical forces, then the troubles of two people and their problem child would seem not to amount to a hill of beans. Of course, there’s another phrase for when everything in a film seems destined to happen: lousy plotting.

Admittedly, many of The Omen‘s flaws become apparent only after the end credits, and much of the film is absorbing. Among a uniformly fine cast, Schreiber radiates such intensity that you can swallow his son-might-be-evil bit. Farrow’s nanny, camping it up with cloying kindness that masks her evil, delivers the only laughs in a film that cries for levity. For those seeking shocks, the cat scares and deaths are top-notch — including the best on-screen decapitation I’ve ever seen. (There’s a poster blurb for you.) If the movie didn’t take itself so seriously, it could have been a great popcorn muncher. As is, it works fine for those willing to forgive its trespasses.

The original Omen spawned three sequels of diminishing returns, and here, too, the door is left open. This is a bad thing. Hollywood may be remaking worse and worse movies, but a redone Omen 4 truly would be a sign of the Apocalypse.