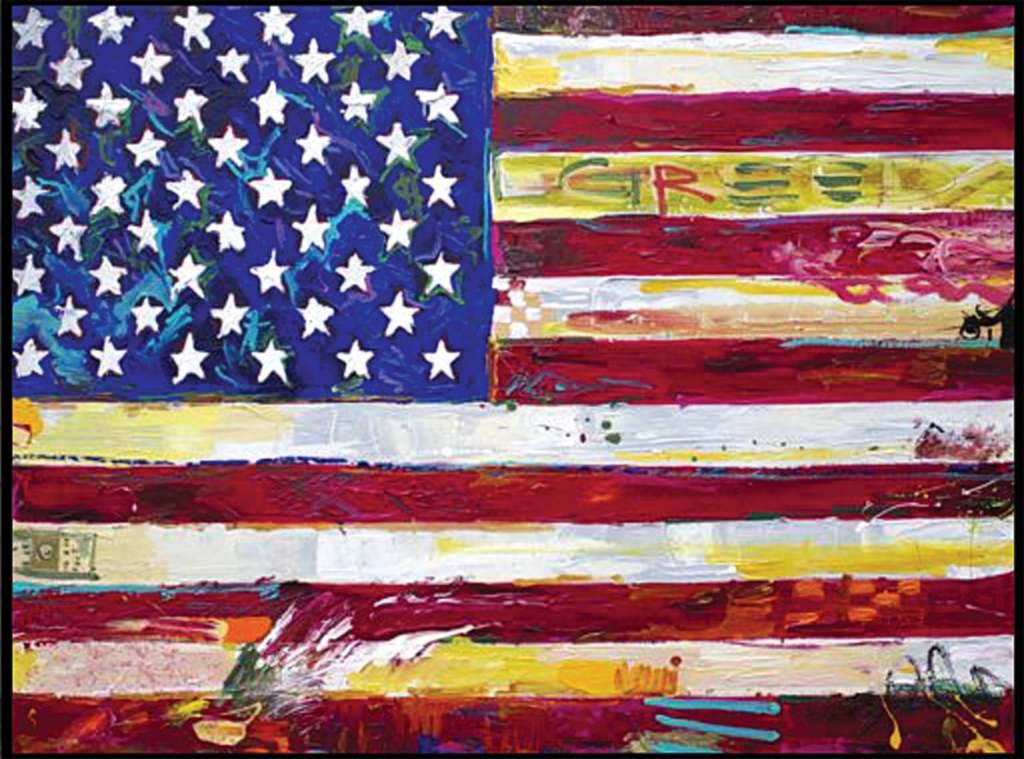 The year’s last First Friday falls on the feast of St. Nicholas, named for the fourth-century Greek bishop whose life and legend, via 600 years of circuitous cultural appropriations, inspired the whole Santa Claus, child-focused, gift-giving centerpiece of U.S. capitalistculture. So yes, there are some bazaars tonight, along with worthwhile group shows, and yes, you may need to stop at the ATM before you head out.

Among the places where you’ll find goods for purchase: an open house at Hilliard Gallery (1820 McGee) that doubles as a small-works show (6 – 10 p.m.), and the Trunk Show & Holiday Mercado at Mattie Rhodes (915 West 17th Street). The latter centers on Latin American goods and works by local artists, complementing an exhibit from the Center for Traditional Textile of Cusco, Peru, directed by Nilda Callañaupa.

Red Star Studios at Belger Crane Yard Studios (2011 Tracy) holds holiday open-house hours Friday through Sunday, if you’re looking for gifts like functional and decorative ceramics and jewelry, and the Kansas City Textile Studio has loaded goods into Leedy-Voulkos Arts Center (2012 Baltimore) for sale Friday and Saturday, in conjunction with an ongoing exhibit in the Opie Gallery. (Red Star and Belger Arts Center, 2100 Walnut, still have Ceramic Top 40, Affably Amusing, Contemporary Talavera Uriarte, and The French Connection on view, along with ConFluence: Paul Donnelly & Rain Harris. You shouldn’t miss these.)

Also at Leedy-Voulkos: Heinrich Toh’s Momentary Longing (reviewed in our November 21 issue) remains up through December 28, and Richard Mattsson is exhibiting in-the-moment oil paintings in a show titled Now and Then. Other art there includes Muriel Fogarty’s curious characters in Alternate Bodies: In Series, and Joe Gregory’s globular nudes in a show called All the Same.

In addition to its usual “Wonder Wall” of works priced at $500 or less, Blue Gallery (188 Southwest Boulevard) is displaying a series of collaborative paintings and installations by Luis Garcia-Nerey and Anke Schofield (together known as Kollabs). Inbound deals with forest animals and their interaction with human life.

And in a reversal of the whole “Christmas in July” concept, the Todd Weiner Gallery (115 West 18th Street) shows off new works by John Bükaty that confront us with bold interpretations of Independence Day’s main icon, the U.S. flag. The American Collection includes paintings, triptychs and three-dimensional works. Whether this is a straightforward celebration of the symbol or hints at political critique is left for you to interpret, but Bükaty is on hand for a talk at the December 5 reception (6 – 9 p.m.) and at First Friday the next evening.