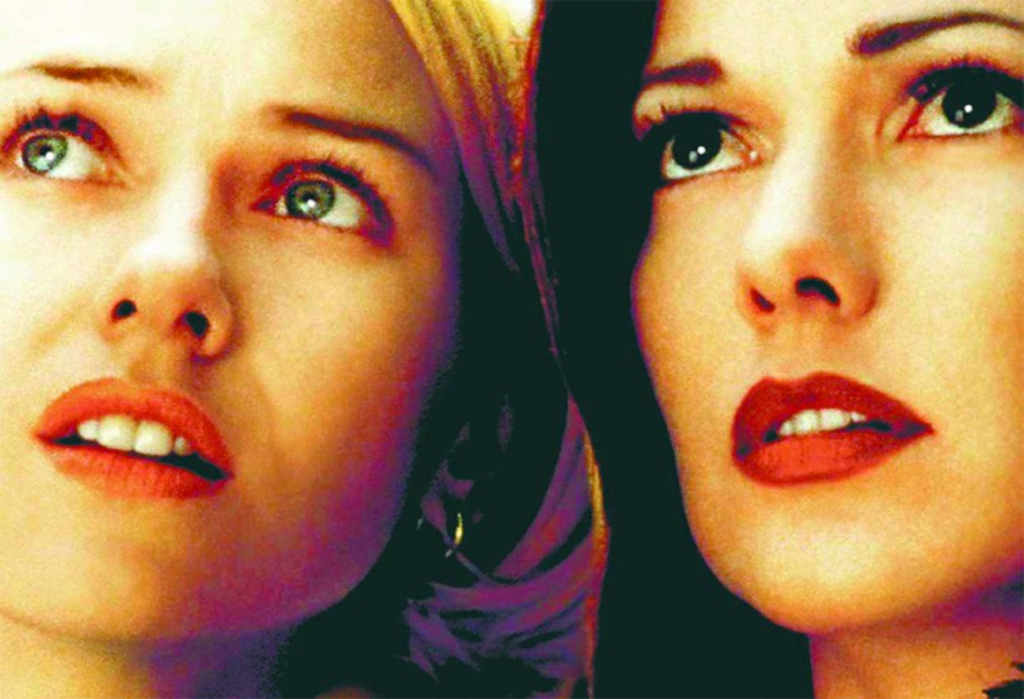 Looking back on a decade dominated by the movie franchise — Lord of the Rings, Harry Potter, Star Wars and Spider-Man, to name just a few — and overrun with prequels and sequels (Saw I, Saw II, Saw III, Saw … ), our three critics have each picked three favorites of the ’00s. Who’s ready for There Will Be Blood II: Revenge of the Milkshake?

Dogville (Lars von Trier, 2003): For all its filmic, literary and historical echoes, von Trier’s fierce jeremiad was immediately recognizable as something new — a work of sustained cinematic chutzpah, a testament to the power of the imagination, and a morality play also concerning the moral responsibility of image making.

Mulholland Drive (David Lynch, 2001): Comic, sexy, surreal, self-reflexive, thrilling and ludicrous by turns, Lynch’s exploration of the Hollywood dream factory was almost as much fun to write about as to watch — a voluptuous phantasmagoria with a two-part structure that suggests Buster Keaton’s Sherlock Jr. reversed so that the dream comes first.

A History of Violence (David Cronenberg, 2005): Consummate filmmaking, Cronenberg’s bleakly humorous, highly artful, deviously topical vigilante thriller is what used to be called a B movie — electrified by lightning. Together with Spider and Eastern Promises, it confirms Cronenberg’s status as the great narrative filmmaker of the ’00s.

The Devil Wears Prada (David Frankel, 2006): Being mainstream as a mall and now a cable staple does nothing to diminish the accomplishment of wringing from a petulant best-seller the most delightfully wrenching movie about the workplace since, oh, last decade’s Office Space. Beneath its glamtastic facade (fashion! parties! champagne!) lurk a villain who is, in truth, the Hero; a protagonist in need of antagonizing; and sage advice from Stanley Tucci, who should always star in Meryl Streep movies.

Eternal Sunshine of the Spotless Mind (Michel Gondry, 2004): In a decade populated by such beloved head scratchers as Memento, Mulholland Dr., etc., this was the sole heartbreaker of the bunch. You could feel its ache; even now, it still stings upon repeated viewings, which are necessary to untangle the before, during and after of a love affair no amnesia could erase from the souls of two characters destined to come together and fall apart.

Unbreakable (M. Night Shyamalan, 2000): Superhero movies got good and glossy (Iron Man) and down and dirty (The Dark Knight), but the first offering of the decade remains the best (ever?). Maybe that’s because it’s the most human of the lot, the spandex-free story of a maritally challenged palooka reluctantly recruited into the crime-fighting business by — surprise! — the coldest, creepiest villain never to appear on the pages of a comic book. It’s Shyamalan’s best — no screwy twist, only devastating revelation.

The Wind Will Carry Us (Abbas Kiarostami, 2000): Screened in festivals in 1999 but not released in the United States until the following year, this fin de siècle/millennium fable by the great Iranian auteur seemed to anticipate many of the dramatic changes that would sweep through filmmaking over the decade to come. In it, an “engineer” (who turns out to be a kind of filmmaker) travels to a remote Kurdish village with the intent of photographing the funeral rites of a dying 100-year-old woman. The witty, haunting, poetic film that follows is about his — and Kiarostami’s own — struggle to complete that mission, to capture something of real life on film without violating its essence. Kiarostami himself has not worked in film since, preferring the more portable and less invasive technology of video. Call it the first true movie of the digital revolution.

La Commune (Peter Watkins, 2000): An enormous work of the socially conscious imagination is a century-old story (the working-class uprising in Paris, 1871) presented as though it were a live television broadcast, hosted by two reporters, who become accomplices to the events they are covering and practitioners of the art of disinformation: cable news, avant la lettre. And then Watkins steps back, finding in the 19th century a microcosm of the 20th, from xenophobia to the looming menace of capitalism — a movie ripped from the headlines, then and now.

There Will Be Blood (Paul Thomas Anderson, 2008): A 21st-century Citizen Kane, Anderson’s freewheeling adaptation of Upton Sinclair’s Oil! is a fever dream about the American dream, charting the infernal entanglement of money, power and religion on an arid stretch of California land at the dawn of the 20th century. American movies rarely dream this big anymore, and with the wholesale shuttering of the studio-owned “specialty” divisions, it may be quite some time before they do again.