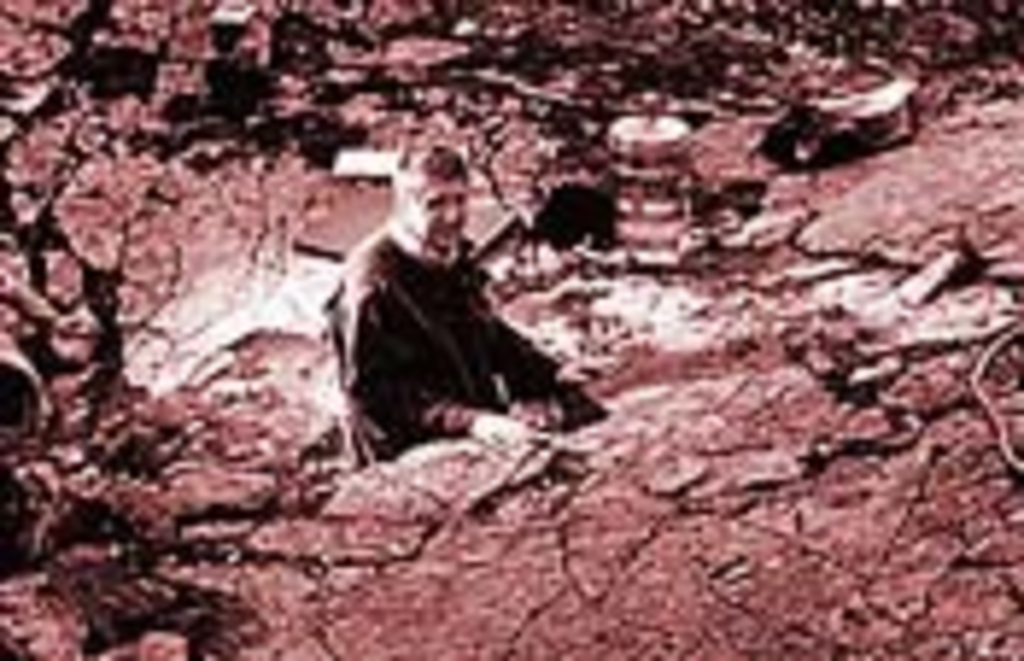 Since his debut in 1978, Morris has made a series of unique documentaries that illustrate some of the most fascinating and disturbing aspects of human behavior. Gates of Heaven deals with pet cemeteries, and Vernon, Florida examines the lives and philosophies of the eccentric residents of the titular community. The Thin Blue Line helps prove that Randall Adams had been wrongly convicted of murdering a police officer, and A Brief History of Time offers an intimate look at disabled scientist Stephen Hawking. His last movie, Fast, Cheap & Out of Control, demonstrates the strangely unifying passions of a lion tamer, a topiary gardener, a mole-rat specialist, and a robot scientist.

Morris’ work has always attracted attention (critic Roger Ebert called Gates of Heaven “one of the 10 best films ever made”), but his latest, Mr. Death: The Rise and Fall of Fred A. Leuchter, Jr., is easily his most controversial. The film’s protagonist, Fred Leuchter Jr., had made his name by repairing and designing execution machines to kill more humanely. (Leuchter calls himself “The Florence Nightingale of Death Row.”) His career fell apart when he wrote The Leuchter Report, which claimed that the gas chambers in Auschwitz killed no one.

Speaking from his office in Cambridge, Mass., Morris says, “The Holocaust has been used in movies as a way of heightening drama in a sense that the triumph of the human spirit never looked so triumphant against the horrors. This movie attempts to do something very different. It’s to try to enter the mindset of denial. You are asked to reflect on the whole idea of denial in general, not as some postwar phenomenon but as something that was inherent in the enterprise itself. You would think it would be the easiest thing in the world to identify this behavior as wrong, horrific, depraved. Those people did these things. To me, the question is how. With Mr. Death, it’s about finding out why Fred Leuchter holds these views.”

Much of Morris’ fascination with Leuchter is rooted in the fact that Leuchter doesn’t fit the stereotype of a Holocaust denier. Morris doesn’t think the common term “banality of evil” applies. He explains, “Leuchter is not a dispassionate bureaucrat; he is not a pencil pusher. He’s a committed guy, a passionate guy. Think of Fred as Tristan and the (electric) chair as Iseult (from the Arthurian legend). It’s a crazy-ass love story. He has an innate enthusiasm for this stuff.”

Morris examines Leuchter’s odyssey from several points of view. The film features long passages of Leuchter telling his own story, along with remarks by Holocaust deniers David Irving and Ernst Zündel. Morris includes Leuchter detractors, such as historian Robert Jan van Pelt and James Roth, the chemist who examined brick samples Leuchter collected in Auschwitz. Morris avoids attacking or interrupting the people he interviewed, even when their remarks border on the outrageous or the offensive.

“Part of me has very little desire to get into a debate with Ernst Zündel, David Irving, or even Leuchter,” he says. “I have read a number of reviewers who have taken me to task for not declaring whether I believe Leuchter is a good person or evil person, that somehow I’ve been remiss in this regard. I beg to differ. The movie is absolutely clear that his ideas are pernicious and false. That is not up for discussion. What is up for discussion is that I wish to put the viewer in the same position for what I find myself in. It’s not to give you on a platter a received view but to force you into the mystery of what is in fact very disturbing and peculiar behavior.”

If there are any doubts about what Morris believes, he says, “It’s not as though I’m trying to be coy. It’s not as if I have this view of Fred and you can’t make me tell you what I think. I find him disturbing and deeply deceived about who he is.” He adds, “I have family that I lost in the Holocaust.”

Morris explains how his interviewing technique is applied. “There’s the Mike Wallace approach, or you can call it the Michael Moore approach, which is the adversarial approach,” he says. “In the end, that is not in the service of finding out anything. It’s in service of dramatizing a received view: Namely, ‘This guy is an asshole, and now I will illustrate how this guy is an asshole by showing his inability to answer the questions I put to him.’ It’s not what I’m about. It’s not that one approach is good and the other is bad. They just have different valences. I like confrontation as much as the next guy.

As with Morris’ previous efforts, Mr. Death was not nominated for a Best Documentary Oscar. When asked if he’d like the Academy Award, he laughs and replies: “As opposed to what? A swift kick from a steel-toed boot in the face? Of course I’d like to receive an Oscar. I want my movies to be seen by people. Nominations and Oscars are a powerful tool to bring the movie before a much larger public. For that reason alone, I’d like to receive a nomination.”

Although Morris won’t be recognized on Oscar night, his next project can be seen on Bravo starting at 9:30 p.m. on March 1. First Person features a series of 11 half-hour interviews in which Morris chronicles the lives of several unique people, including cryonics expert Saul Kent and Temple Grandin, an autistic woman who designs slaughterhouses. These segments make use of a device Morris developed, the Interrotron. This contraption, which he’s used since Fast, Cheap & Out of Control, helps his subjects talk directly to the camera, because it lets them make eye contact with Morris through a series of reflections.

“The Interrotron is now to be superseded by a device I’ve been using in the last four of my Bravo television pieces, which is called the Megatron,” Morris says. “It has 20 cameras, so stay tuned.”