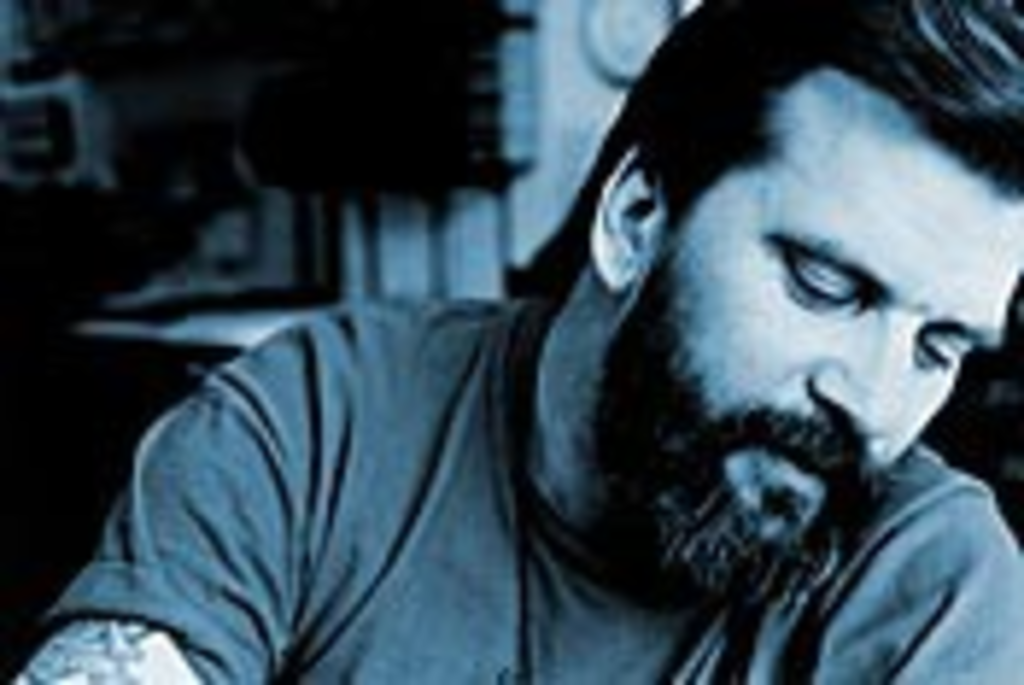 By now, the story is familiar. Steve Earle, a more-than-promising Nashville record-maker on the verge of major stardom, ends up in the Gray-Bar Hotel after burning out on drugs. Then comes the artistic rebirth: an acoustic disc, followed by small-label releases focusing on a tight Americana sound, followed by an acclaimed bluegrass disc, then this summer’s Transcendental Blues.

Blues has earned comparatively tepid reviews, with fans and critics complaining that his new lyrics are too soft, too lovelorn, too simple. It’s true that the songs lack the immediacy of Earle’s last few rumbling storms, but give the guy a break; Earle couldn’t sound like an angry ex-con forever. Self-flagellation gets old.

By now, the notion of Earle as a hungry, hard-rocking troubadour who emerged from the stir as a beefy loner is an easy thumbnail sketch. Get beyond that and you start to understand what made Earle write “Steve’s Last Ramble,” in which he threatens to “hang up (his) highway shoes.” He’s a father, an ex-husband, a boyfriend again — and a writer whose restlessness has commuted from the road to the page.

“I write every day,” Earle says from the office of his E-Squared record label in Nashville. “Computers changed everything for me. I was a real late bloomer. I wrote songs on yellow legal pads for years. Now I write almost exclusively on a word processor.”

Each day, Earle composes a haiku, sticking to the traditional 5/7/5-syllable structure. He promised himself he would write 365 such poems, a year’s worth, beginning in February. He has also disciplined himself to concentrate on writing fiction; a book of his short stories is due soon. Earle is also the rare performer who can write while touring.

“I’ve gotten better,” Earle says of the non-songcraft he’s begun. “The nature of haiku is that some are better than others. So I’ve written some so far that I think are good. The main thing is that there’s a discipline to it. I started it as an exercise, with no intention of publication, but it’s turned into a little journal. Wherever I am, I write one, so I’m formatting it with the date and where I am.”

Earle also writes letters, mainly via e-mail. A serious reader (his current favorite writer is English Patient author Michael Ondaatje, whose Coming Through Slaughter he finds “amazing”), Earle points to the written dialogue between Vincent and Theo Van Gogh as part of his impetus. “Their letters are why we know most of what we know about them. E-mail has revived letter writing for a lot of people, although in a sort of abbreviated way. Most of what we know about a lot of interesting people in history is through letters.”

Earle receives a significant amount of mail from people in prison. The tough honesty of Earle’s postincarceration songs continues to draw an audience among the jailed. Earle seems weary of the responsibility. “Only guilty guys seem to write me,” he says with a good-natured yet puzzled sigh.

“I’m a little more apprehensive now about starting up stuff with people on death row, ” he continues. “Several of the people I’ve corresponded with are dead now.”

Earle’s midperiod masterpiece, in fact, may be “Ellis Unit One,” a harrowing death-row plaint he gave to Tim Robbins’ movie Dead Man Walking. And Blues closes with “Over Yonder (Jonathan’s Song),” written for one of Earle’s executed correspondents. I suppose I got it comin’/I hope my goin’ brings ’em peace, Earle sings. The song’s bitter regret is true to Earle’s own conflicted feelings about capital punishment.

“I’m at a point when I can stand shoulder to shoulder with somebody who is pro-death penalty,” he says. “I’m not saying it’s right, but I’m sure we’re meting it out wrong. My objection is pretty basic and moral. We live in a racist society. The death penalty is always going to be arbitrary, mainly punishing those without the means to put up a strong defense. It becomes an issue of class, money.

“We get people so scared of each other (that they) support building more prisons. The money is in the infrastructure, in getting the prison-building contracts. We’re locking up people over drugs while people are starving. Nobody should be starving in this country just because they’re not an entrepreneur.

“When I was in jail, not one single person in my cell was a threat to anyone but himself. I got treatment because I had the money to pay for it myself. But this country doesn’t want to spend the money to rehabilitate anyone, dangerous or not. We fight the war on drugs the same as we fought Vietnam. We count the bodies and focus on statistics. But we better learn to rehabilitate these motherfuckers.”

Earle recently witnessed an execution. “It’s a horrific experience, watching someone killed. I hope I never have to write another fucking song about the death penalty.”

Earle “willingly and gladly” lends his time to events to raise awareness about capital punishment’s endemic problems, but he doesn’t do much public speaking on that or any issue. “I don’t get invited much anyway. But the main thing is that I’m not a politician, though I approach the death penalty stuff more politically than I used to.

“Awhile back, I had a man approach me wearing a suit. I’m old and paranoid, so I thought he was a cop. But he was a guy from the Green Party who wanted me to run for the Senate.” Earle laughs this off; that’s not where his ambition lies.

Nor is Earle fueled by thoughts of mogul-dom. His label is small and low-key, concentrating on issuing his own records and those by close friends. Unfortunately, his experiment recording and touring with bluegrass guru Del McCoury gave Earle one less friend.

“The deal with Del … I kept quiet a long time, but Del kept saying things about why he didn’t want to tour with me anymore. He said it was my language. But it was about billing and money. He held me up. We had Letterman and a European tour booked, and he went on strike for higher billing and longer sets and more money. I was faced with lawsuits, so I gave in.”

And Earle doesn’t plan to make more friends with his stand on Napster. “The thing that people like it for, that anarchic spirit, I understand. But people who think that it’s just about fucking the big corporations don’t understand that indie music is also being exchanged, and that’s a matter of life or death hanging on 3,000 sales. That makes it hurtful. It’s a reality that sooner or later, all labels will sell music this way. Some laws are going to have to be made.

“But we’re living in a country that’s killing people, so this (Napster) isn’t a big deal.” It’s the kind of graceful, true statement his songs have always made. Familiar or not, as long as Earle tells his own story — and those of others — honestly, he remains one of music’s most compelling authors.