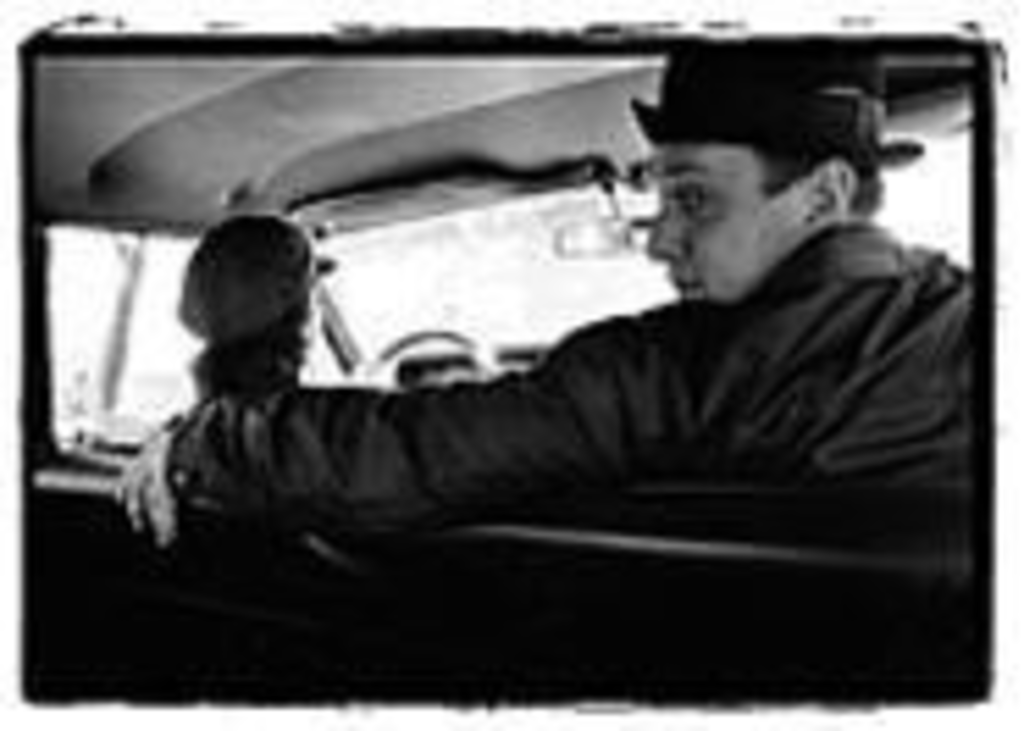 To get a clear picture of what you’ll be dealing with when you pick up Jason Ryberg‘s Open Letter (To Dark Gods of the Ancient World), turn to the trio of opening quotes by country singer Hank Williams, martial artist Bruce Lee and 16th-century painter Michelangelo Caravaggio. That Ryberg mines profundity from the first two and turns the latter into a perfect piece of ad copy illustrates the method behind his new volume of poetry.

“I was raised on hillbilly, blues, jazz and whatnot,” Ryberg says. “I dabble in screenplays, and I started out writing bad heavy metal and punk rock lyrics and played in a million bands that went nowhere. I decided in the end that with poetry, it was just me and the page.” This Sunday’s release party at Prospero’s Books is the perfect melding of those touchstones, combining spoken word with rock and roll, and the low culture of chicken wings with the faux culture of pink champagne.

“It’s more Americana,” Ryberg explains, referring to the celebration as well as to his work. Ryberg’s poetry lives, he says, in “small towns I never would’ve heard of if I hadn’t stopped for a cup of coffee and a gas-station sandwich.” He splits his time between Kansas City and Lawrence and has crisscrossed the country as an aspiring rock star, a truck driver and a mover, so Ryberg’s poems feel like equal parts travelogue and conspiracy theory. “It’s all there — tragedy, loneliness, comedy,” Ryberg says. “And a lot of things I’ve seen pop up in my work [are there] for the colorful or musical quality.”

Ryberg’s poems might seem simple at first glance — a dialect-heavy retelling of a dirty joke, a rundown of what it takes to be a poet — but in the span of Open Letters, and often within the poems themselves, Ryberg can drive a railroad spike through a peal of laughter or throw a pack of monkeys into a funeral march. “What I pull out is, if I do it right, hilarious and horrifying. I try to tell little stories, but I also do surreal splatterings on a page. I try to mine the whole truth and beauty and whatever from everyday life,” Ryberg says, catching himself. “Boy, that’s a mighty lofty phrase.”

Whereas he’s humble in person, on the page Ryberg swaggers. In a poem about a dog, for example, he wields language both as a blunt club and a fine blade: Though he licks his balls/and drinks from the toilet,/I am not ashamed to say/that we are only a few digits removed/along the old evolutionary/integer line.

With a voice that sounds like the product of a lot of cigarettes and sleepless nights, Ryberg relishes reading his work. He’s honed his speaking style as a monthly pit-readings participant at Prospero’s. “I’m a very active reader,” he says. “This isn’t like those genteel readings people might be used to.” Ryberg’s reading is followed with a set by KC’s the Litigators.

Though he’s been through towns with such poetic names as Gnawbone, Indiana, and Tucumcari, New Mexico, Ryberg keeps ending up back here. “I’ve always believed that the KC-Lawrence scene could always produce something important, even though we’re not in what’s seen as the locus of culture. One-half of me wonders whether cheeseburgers taste better on the other side of the mountain, but the other half is pretty sure they taste the same.”