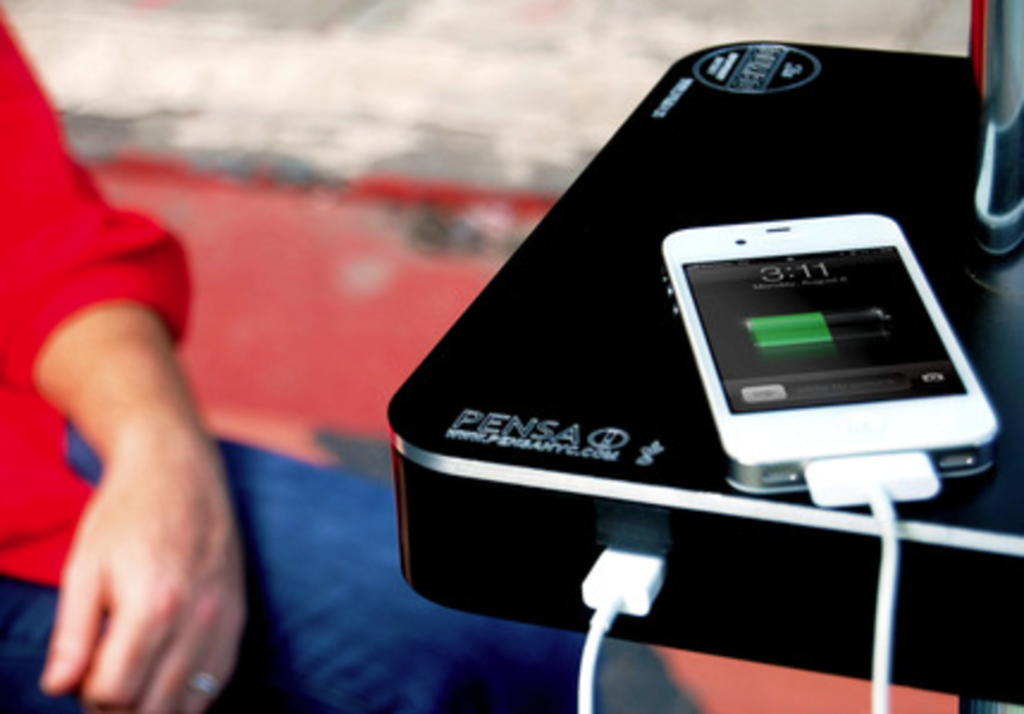 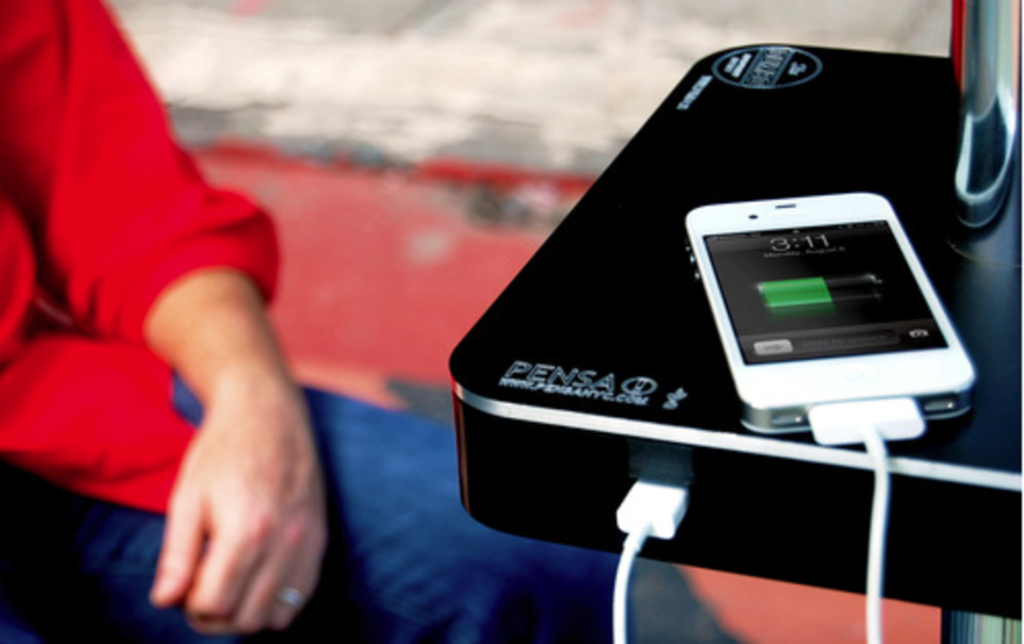 We still live in a world that runs on juice. Instead of it being a cool word for respect (and an underrated Omar Epps joint), it’s now simply a matter of whether your computer, phone or tablet has the juice to go on living.

I have been told that the tech revolution is coming along with the possibility of Wi-Fi downtown, courtesy of an unnamed rainbow rabbit. I just hope that we have enough juice to power it. And so, my humble suggestion is to take a page from my former stomping grounds in Brooklyn, New York, and set up shade-covered, solar-powered USB chargers on the street. Street Charge is a new kind of charging station created by Pensa! [h/t to Swiss Miss].

Imagine a First Friday where you used all the juice on your phone finding the Truck Stop in the Crossroads. Next thing you know, you’re plugging in your Android phone and wolfing down a meatball sub at the same time. Humans and technology getting energy at the same time? That’s called multitasking, people. Go forth, webpreneurs. Share this on the social media and the Facebook and then make this happen.