Deadpool 2: bigger, longer, ruder, more violent, and maybe even funnier than the original 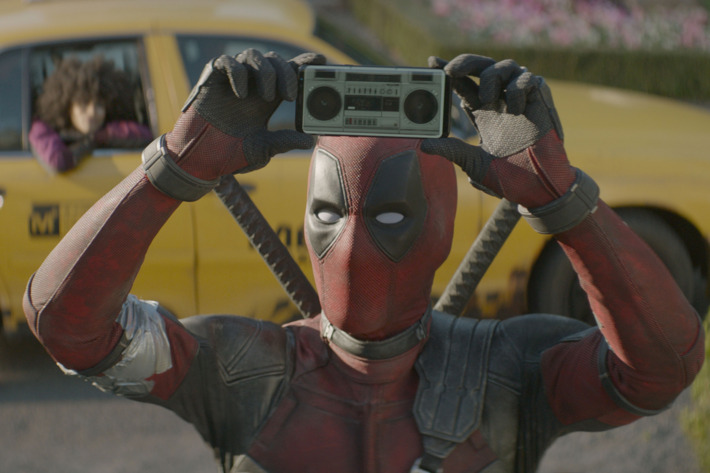 As the insurrectionist mental patient Randle McMurphy in the Ken Kesey adaptation One Flew Over the Cuckoo’s Nest, Jack Nicholson was the anti-establishment character that the mid-1970s needed. The U.S. was recovering from its late-1960s free-love hangover and still processing the resignation of a corrupt president. Americans embraced McMurphy, who confidently and hilariously railed against the system — until it left him a helpless vegetable.

In the 1980s, Bill Murray and Eddie Murphy’s wisecracking motormouths were a little less dangerous and subversive, but they kept the anti-hero tradition alive in comedies like Stripes, 48 Hours, Beverly Hills Cop, and Ghostbusters. Ryan Reynolds has been working this angle in various movies ever since 2002’s National Lampoon’s Van Wilder, but with 2016’s Deadpool and the new Deadpool 2, he finally has an entire franchise that is built around this persona.

You can only be first once, though, and Reynolds’ solution to that problem (as star, producer, and co-writer) is to have more of everything. Deadpool 2 is everything you’d expect from a sequel. It’s longer, has a bigger budget, bigger action scenes, more violence, more rudeness, more cameos — and dare I say — more heart. (In fact, when it tugs at the heartstrings, it’s so cheesy that it almost comes off as parody, too.) And because the first Deadpool was such a whopping box office success, the sequel arrives weighed down by bigger expectations. With the sheer volume of its meta fourth-wall breaking and rapid-fire rude jokes, Deadpool 2 may even be funnier than Deadpool, though it’s kind of hard to tell because the surprise factor has worn off.

By now, we are accustomed to the smart-assed commentary that disfigured mutant mercenary Wade Wilson (Reynolds) offers as he narrates his life story, but it’s still odd to see our main character blow himself to bits in the opening scene. All credit goes to Reynolds and co-writers Rhett Reese and Paul Wernick (who also wrote Deadpool) for establishing — and sticking to — an “anything goes” aesthetic when it comes to the plot. If Deadpool 2 is truly subversive at all, it’s in its relentless mocking of the well-established superhero norms. No one ever truly stays dead in these films, and Deadpool is no exception, to the most ridiculous degree.

As Wilson gets slowly more drawn into the classic X-Men conflict surrounding the struggle of mutantkind to be treated fairly by frightened humans, he meets an outcast mutant teenager named Russell (Hunt for the Wilderpeople’s Julian Dennison) who can shoot fire from his fists and calls himself, unfortunately, Firefist. Meanwhile, a mysterious time-traveling tough guy named Cable (Josh Brolin) seems hellbent on killing the young man.

In an effort to protect Russell, Deadpool does what every comic-book fan has been anticipating: he assembles the X-Force. Since the superheroes he gathers have silly names (like Shatterstar and Zeitgeist) and even sillier superpowers (spewing acidic vomit and having good luck) the tryouts are more like an absurd SNL casting-call sketch than a gathering of badasses, but the team is mobilized and, in the movie’s most subversive and riotously funny scene, they parachute into the city to save the captive Firefist.

You know the blockbuster superhero craze has reached critical mass when a movie like Deadpool 2 can support itself almost entirely by thumbing its nose at other superheroes. The movie is at its best when relentlessly making fun of the X-Men (Wolverine in particular), the Marvel Cinematic Universe, Batman v Superman: Dawn of Justice, the idea of resurrecting superheroes, and pretty much everything about team-ups in general. In its boldest move, the screenplay may even be satirizing the conclusion of Avengers 4, which isn’t even out until May 2019.

The constant barrage of pop culture takedowns and rude behavior in general make it a little harder to accept (at anything other than face value) the “heart” portion of Deadpool 2, which consists mostly of the Firefist father-figure storyline (eerily similar to last year’s Logan) and Wade’s one-dimensional relationship with fiancée Vanessa (Morena Baccarin). What works better is Deadpool’s budding bromance with the steely giant Colossus (voiced by Stefan Kapičić), because it’s also played out with hilarious bits of macho oneupsmanship.

Deadpool 2 effectively and hilariously expands its place within the X-Men universe, but it doesn’t really widen its cultural targets too far outside of the superhero spectrum. So while motormouth Wade Wilson may not be as timeless a figure as Randle McMurphy, or as subversive a cultural critic as Sacha Baron Cohen’s Borat or Bruno, he’s the anarchic spirit we deserve right now. After covering so much ground in its genre in the first two movies, it will be interesting to see just how far Reynolds and company can take this character in upcoming films.