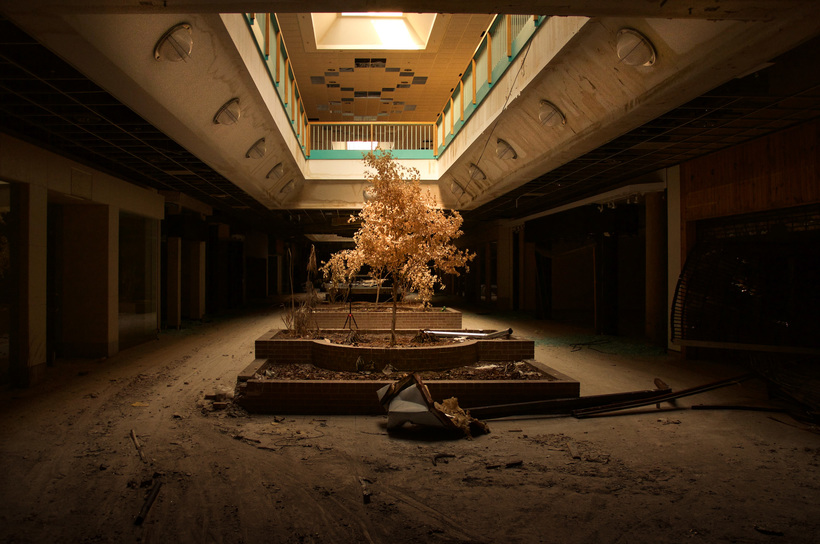 Metro North Mall, which has been closed for two years, was briefly trending on Facebook today.

That’s due to a viral-ish article published in The Huffington Post, which called the Northland mall the “creepiest mall in America.” It was written by the photographer and documentarian Seph Lawless, whose work is largely inspired by decaying, rotting, abandoned, and otherwise apocalyptic-seeming locations in America.

“I’ve flown into Kansas City several times over the last few months because it’s the closest airport to Picher, Oklahoma,” Lawless, who lives in Cleveland, tells The Pitch. “I’ve been working on documenting Picher because it’s the most toxic city in America; it’s an old mining town. But I am always trying to shoot abandoned malls, and I had a few locals in Kansas City mention Metro North to me.”

The mall, which is set to be demolished in a few weeks, was a rockin’ spot in the 1980s. It closed in 2014, and the property will be redeveloped soon, possibly with a Trader Joe’s in the mix. Lawless says he got in just under the wire.

“One of the times I was in town, they were doing pre-demolition work on the mall,” he says. “The guys doing the work were real nice. I just told them I was there to take some pictures, and I pretty much just wandered in. I was just about done when a security cop came up and said, ‘You gotta leave here, you’re not allowed to be in here.’ But by then, I already had everything I needed. So I got pretty lucky, I think.”

Lawless’s photos, which you can view here, are indeed creepy. There is massive water damage — the result of a burst pipe, Lawless was told by a local property manager — broken glass, cracked tiles, mold climbing up the walls. Dead plants rot near motionless escalators. 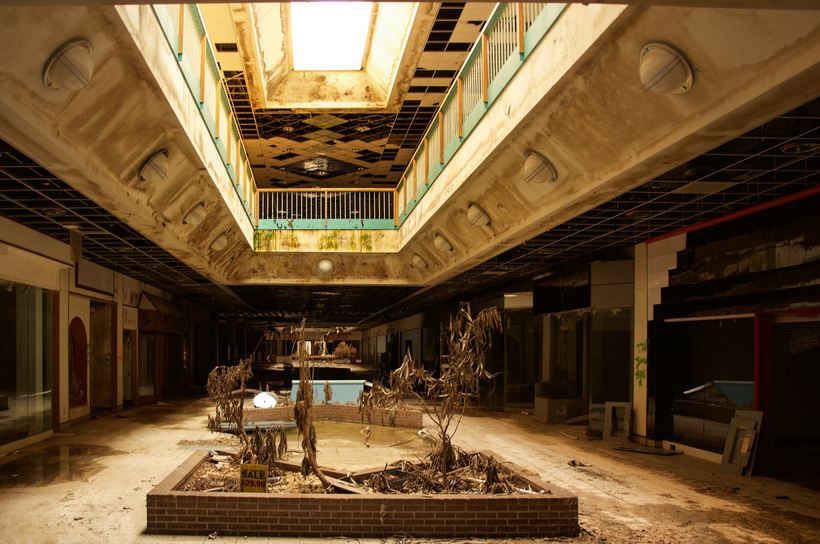 “What really struck me is there is this yellowness to it all,” Lawless says. “The walls are white but they’ve yellowed, and then the light comes in from the skylights and reflects this yellowish vibe throughout the place, and that’s really eerie to me. It’s so dramatic that I’ve had a few people accuse me of adding heat and warmness to the images, but they’re not edited at all outside of cropping.”

“And the plants — most of the time when I’m in these malls and there are plants, they’re brown or black, like you’d imagine,” Lawless says. “But at Metro North they’re orange-ish and yellow, almost like gold-covered. It made for a very creepy vibe in there.”

Lawless says he was shocked it’s only been two years since the mall closed. “It was just so downtrodden and decayed,” he says. 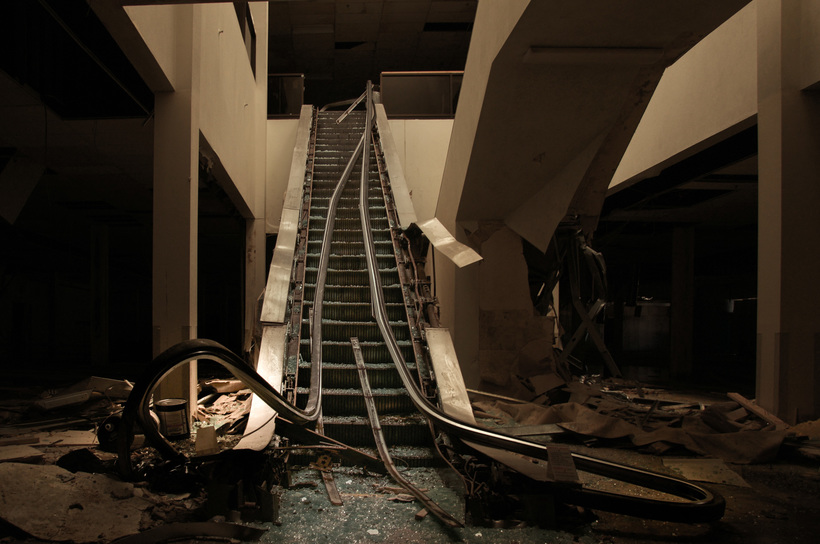 He hasn’t visited any other dead malls in Kansas City, though he was familiar with a few — Bannister and Indian Springs — and says he’s keen to shoot the recently shuttered Metcalf South.

“Metcalf is a totally different deal,” Lawless says. “I’ve been trying to get in there, but it’s so protected and sealed off. I’ve never seen an abandoned mall so well-protected. They’ve got mobile units outside that place with video cameras. Even though it’s being demolished, they really don’t want anybody going in there. So that would be a different type of shoot if I could somehow get in there. It’s untouched. It just looks like it’s closed for the season.”