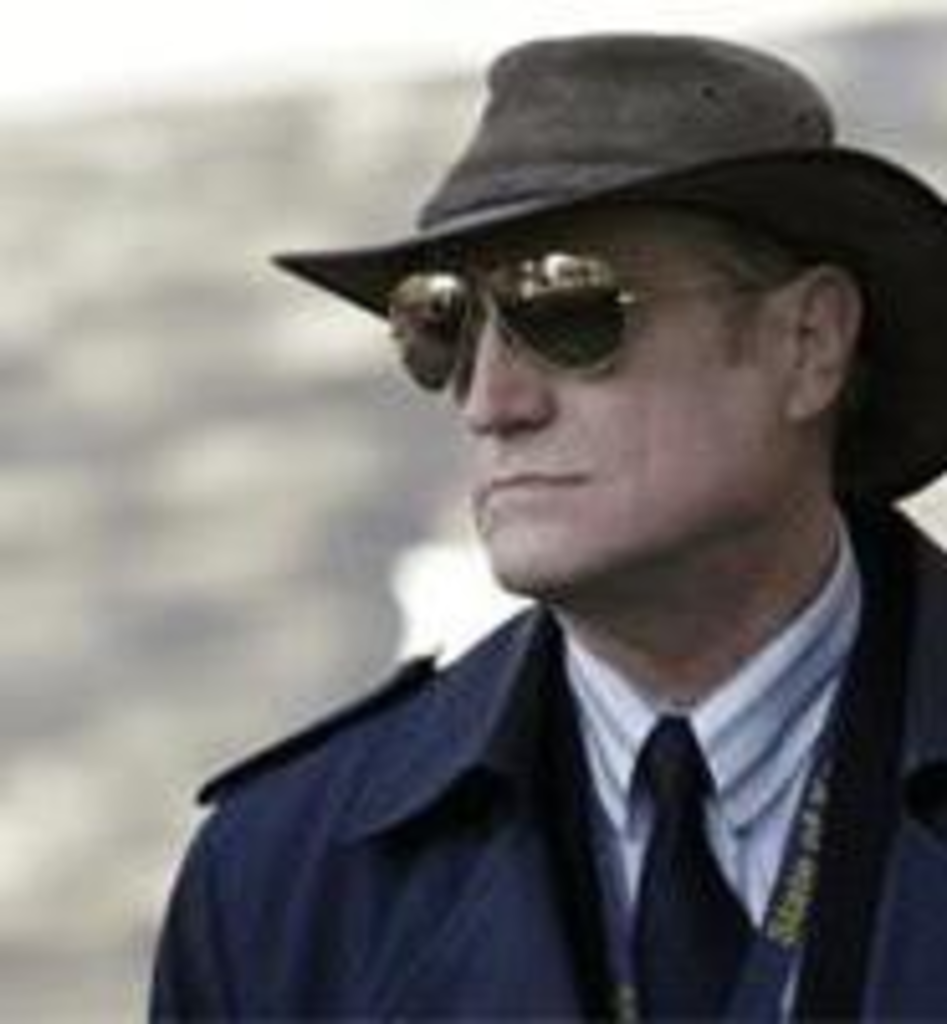 Karl Hockenbarger sat alone in a pew in Topeka’s Westboro Baptist Church. His wife and children refused to sit with him on this Sunday morning in June 2005.

Hockenbarger remembers listening as infamous preacher Fred Phelps chastised him for half an hour, calling Hockenbarger a wolf in sheep’s clothing and a snake in the grass.

After a few minutes of silence, Phelps declared Hockenbarger excluded from the church.

Hockenbarger left the building as fast as he could.

“I was terrified,” the 53-year-old Hockenbarger tells the Pitch. “The concept of exclusion is to allow Satan his way to the destruction of the body so the soul might be saved. My expectation was not to live long enough to get home. And this is not an indication of suicidal thoughts or desires, but I’d rather be dead than in this situation.”

The Pitch learned of Hockenbarger’s situation while reporting last week’s cover story about Shirley Phelps-Roper, the daughter of Fred Phelps, who, for all practical purposes, now runs the Westboro operation (“The New Fred,” November 2).

Getting kicked out of the Westboro Baptist Church cost Hockenbarger everything.

“My wife and family wanted nothing more to do with me,” says Hockenbarger, who works as a manager at the Kansas Department of Social and Rehabilitation Services.

Hockenbarger’s unforgivable sin was lacking “grace.” More specifically, he couldn’t turn the other cheek when confronted by angry observers on the picket line.

“I’ve struggled greatly with controlling myself and trying to prevent others from getting hurt on the picket line,” Hockenbarger explains. (Though Hockenbarger’s slight stature makes him appear an unlikely fighter, he spent three years as a criminal-justice training coordinator at Washburn University.) “If someone was going to get hit, it was going to be me, not them,” he says. “I do it almost instinctively or reflexively in order to protect the ones that I love.”

Shirley Phelps-Roper tells the Pitch that Hockenbarger wasn’t living up to God’s standard.

“We stand on these streets, day in, day out, year in, year out, and hold these signs and talk to people and tell what the standard is, set by your God,” Phelps-Roper says. “He said, if they hit you in the face, turn your other cheek and let them hit the other side. The weapons of our warfare are not carnal. This generation, this nation, would love nothing more than to say we’re standing on these streets brawling. We are not going to stand on these streets and brawl. We do not do that.”

If you don’t live by the standard, Phelps-Roper says, you can’t “be a member in good standing of the church of the Lord Jesus Christ.”

Now, Hockenbarger says, his wife, Kay, won’t return his calls. He hasn’t seen his youngest children, Isaac, a sixth-grader, and David, a sophomore in high school, since his exclusion. He also hasn’t heard from his oldest children: Charles Hockenbarger, who married Fred Phelps’ daughter Rachel; Jennifer, who married Brent and Shirley Phelps-Roper’s son Sam; and Katherine.

“The only contact that I have had is e-mail establishing how much my child support and spousal support is,” Hockenbarger says. “That’s the totality of it.”

“If there is a divorce, it will be on her part, and it will be absolutely contrary to every bit of Scripture that’s ever been taught in that church,” Hockenbarger says. “My wife is my wife. Even if she forsakes me, she is my wife. I took a solemn, holy vow to love and support her so long as we both draw breath. I will do that. My children are my children. To the maximum extent that I can, I will support them not only monetarily but in any way that I can. I still love the members of that church…. Whether they accept me or not, I still consider them my brethren.”

“Apparently, he was disrespectful, which would have been true to form,” Hockenbarger says. “That was kind of the last straw.”

Hockenbarger’s fate is the same as that of his parents, Charles and Mary Hockenbarger, who joined the church in 1960, five years after Westboro’s genesis.

Karl was baptized in the church when he was 9 years old and had been a devout follower ever since. About two years ago, Fred Phelps’ children voted Charles and Mary Hockenbarger out of the church.

Charles says Fred Phelps’ children pushed him out of the church for several reasons: He lacked enthusiasm for pickets; he didn’t help remodel the homes of Phelps family members; church members told him to move closer to the church, but every house the Hockenbargers looked at was never good enough for the Phelpses. They also told him to cut ties with people outside the church’s congregation, he says.

“I couldn’t hardly swallow that, but we did try to abide by it,” he tells the Pitch.

Charles says he was summoned to a meeting at Shirley Phelps-Roper’s home. He says Phelps-Roper, Margie Phelps and Tim Phelps presented the case against him. “They had all made a list of charges, and so, being that we didn’t show grace, they recommended to the pastor that we be put out of the church,” he says.

The next Sunday, it was official.

Charles Hockenbarger is finished with Westboro.

“That church preached hate so deeply,” he says. “Now we’re in a church, and we find that Christ also loved.”

Karl Hockenbarger cut ties with his parents when Westboro kicked them out. (He recently began speaking to them again.)

Now Karl’s out, too. But unlike his parents, he desperately longs to return to the Phelps flock.

“I’d go back in a heartbeat,” an emotional Hockenbarger tells the Pitch. He quotes Job. “Though he slay me, yet will I trust in him.”

Hockenbarger clings to hope, remembering the last words that Fred’s son Tim Phelps said to him on the morning of his exclusion: “When we change our minds about you, we’ll let you know.”

Until then, he listens to Fred Phelps’ sermons over the Internet. He reads summaries of the group’s trips to picket at soldiers’ funerals. And he searches God hatesfags.com for photos of his family.