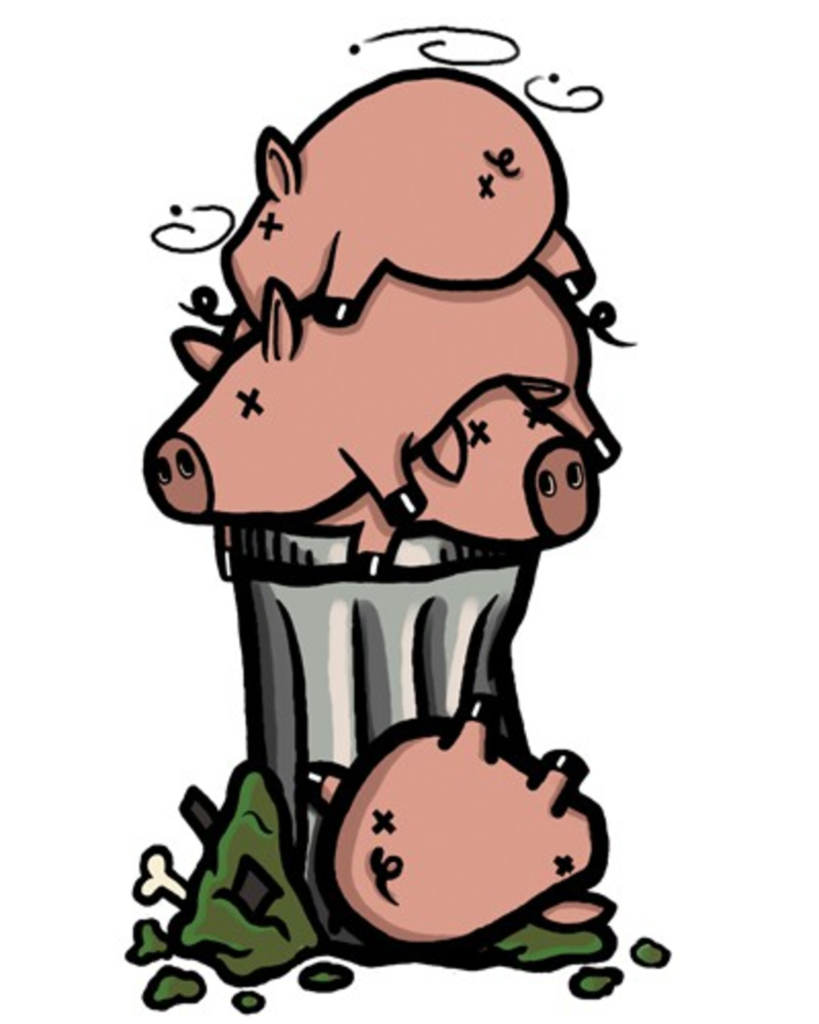 In last week’s just-in-time-for-Earth-Day cover story, “Piling On,” staff writer Carolyn Szczepanski dug into the metro’s garbage business and found cause for concern as well as cautious optimism. She also uncovered some pungent local history that wouldn’t fit when we hauled the story to the curb.

Nobody likes trash day, of course. But even with bag limits and a confusing list of which recyclables will go away if you leave them at the curb and which will be there when you get home from work, we have it a lot better than Kansas Citians of decades past.

Szczepanski asked Kansas City, Missouri, and Deffenbaugh Industries officials when the private trash hauler first started collecting KC’s garbage, and both sides had the same answer: They had no idea. All they knew was that the partnership predated the institutional memory at City Hall and Deffenbaugh corporate headquarters.

Luckily, a staffer in the City Clerk’s Office dug through some old boxes and found the trash ordinance from 1972. Curious about what factors led the city to write the law, Szczepanski abandoned the Internet and went to the Kansas City Public Library for a look at the original time-sucking screen: the microfiche reader. Her favorite three lessons from the past — one disgusting, one inspiring and one proving that good ideas don’t really die — demonstrate how little most of us know about an amenity we take for granted.

Before there was Kemper Arena, the West Bottoms was home to the Kansas City Stockyards — and the final resting place for much of the city’s garbage. Back in the 1940s and early 1950s, Kansas City contracted with the George Bennett Construction Company, which maintained a small army of hogs to devour the table scraps of our growing metropolis.

The arrangement had its share of hiccups. In 1951, the Missouri River rose during a flood, drowning a sizable chunk of the garbage-gobbling animals. The following year, vascular exanthema thinned the hog herd, forcing Bennett to sell many of the swine to avoid spreading the infection. With the force reduced from 4,900 animals to just 900, it became impossible to dispose of all the garbage via digestion.

The alternative: tossing it into the Missouri River.

According to a 1952 story in The Kansas City Times: “Bennett estimated that eighty or ninety tons a day was the average amount of refuse to go into the Missouri. A huge grinder in which garbage is shredded prevents unsightly flotsam on the river, he continued, whereas refuse dumped directly into the water has a tendency to float.”

Thankfully, the Kansas Board of Health didn’t like the idea of dumping trash into the Kaw and Missouri rivers. In 1955, the city moved into the modern age of landfills.

Hell No, We Won’t Go

In 1970, the city ran out of money to cover the garbage in the municipal landfill on the East Side. For want of dirt, officials left acres of rotting garbage exposed to the elements. By summer, the stench was so bad that residents at a nearby trailer park blocked traffic in protest.

According to The Kansas City Star: “Mrs. Betty Murphy, spokesman for the group, stepped in the road in front of the first truck arriving on site today and told the driver there would be no dumping at the landfill. ‘I don’t care where you dump it,’ she told the driver. ‘You can take it out to the aristocratic neighborhoods and dump it, or take it to City Hall. We are tired of eating the city’s garbage.’ The women stopped 12 trucks, and the drivers all complied with their requests. Several drivers voiced support of the women’s actions.”

No arrests were made that day. Soon thereafter, the city found funds to purchase 50,000 cubic yards of dirt, enough to mask the aroma.

Local officials started thinking about ways to capture and reuse our waste as early as 1973. In a story headlined “City Explores Disposal Ideas,” The Star interviewed Alfred Beck, an operations engineer in the city’s Public Works Department. He said Kansas City was studying new recycling projects, including one in St. Louis. According to the article, though, the prospects were grim. The Star reported:

“Beck said that the city is trying to develop a system that can compete economically with the present system of dumping trash in landfills. … He said none of the experimental projects being demonstrated currently had an operating cost as low as the cost of using landfills in Kansas City…. Midwest Research Institute here recently studied 40 existing and emerging resource recovery systems for the President’s Council on Environmental Quality. The report concluded that none of the systems is self-sustaining economically.”

Still, in June 1973, a chemical company pitched a then-crazy idea to the City Council. For $3 million, the company said it could build a “separation plant” capable of taking in all of KC’s residential debris and sifting through it for “salable waste.” But even L.C. Bielicki, the company’s vice president, didn’t make the process sound all that appealing.

“When that first packet truck dumps all that slop in front of you, you know you have a problem,” he told The Star. The article goes on: “The plastic bags contain paper, garbage, cans, bottles and other items…. Mostly it is wet and runny. Despite the sale of reclaimed materials, Bielicki said, costs of operating the plant would be higher than the cost of running a landfill.”

Three decades later, with landfill space finally running out, reclaiming salable waste is making a comeback — and this time, it makes economic sense.