Dayglow on growing up, turning 35 at 21, and the long-awaited Harmony House 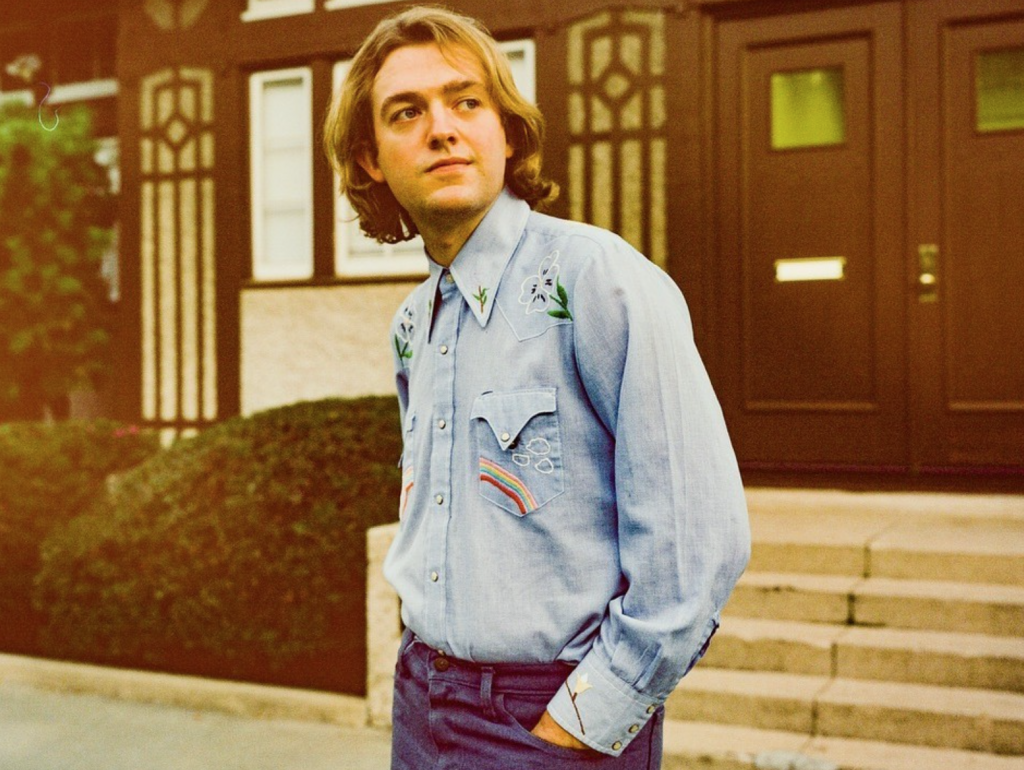 Sloan Struble of Dayglow may only be 21-years-old, but he’s about as much of a professional as they come. With his sophomore album Harmony House set to release May 21 and his first headlining tour beginning in September, Struble is hitting the ground running—maybe even sprinting.

The Texas native’s first album Fuzzybrain released in 2018 gained traction and major popularity after the lead single “Can I Call You Tonight?” became popular online. With over 6.3 million monthly listeners on Spotify, Struble looks towards living in the strange intersection between being a 21-year-old guy and being one of indie pop’s most promising young artists with excitement and wonder. 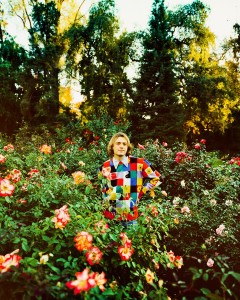 Struble says that a lot of the inspiration for his new album comes from the natural progression and thought process of growing up.

“It’s been a while since I released Fuzzybrain,” says Struble. It’s kind of just a collection of my songs from being like 19 to 21. A lot of change naturally happens in those ages of life. But I had an interesting past couple years, having Dayglow become a career and all these things. Naturally, I just was writing a lot about change and how to deal with like the sudden viral fame.”

Viral fame is no stretch either. His song “Can I Call You Tonight?” has over 209 million streams on Spotify and 64 million views on YouTube. “I never saw it coming and it happened so quickly,” Struble says.

The new record, Harmony House sounds reminiscent of Fuzzybrain with fresh updates, sounds, and themes. As much as it sounds like the kind of album you’d play driving around on a summer night, it also sounds like an intimate look at the diary of someone whose figuring out what it means to grow up in the later part of your teens and early twenties. It chronicles the highs and lows, crowded parties, and lonely walks home—all with an upbeat attitude.

“I wanted it to feel like the soundtrack to a sitcom that doesn’t exist,” Struble says.

One of the key musical elements that takes Dayglow’s second piece of work from an album to a soundtrack is a repeated riff that resembles a theme song that a listener can hear woven throughout the different tracks. If you aren’t listening carefully, you might miss it.

“It’s taking time, it’s taking time,” Struble sings in the opening track, “Something,” with a few notes we become familiar with throughout the album. In the final track, “Like Ivy” Struble echoes back to his old self from track one by saying, “it’s taken time to realize,” followed by the notes listeners have become well-acquainted with.

“I can’t even get out what I’m trying to say, which kind of symbolizes the overstimulation of viral fame,” Struble says about introducing the theme in “Something.” “And in ‘Like Ivy,’ it’s like this breath of fresh air. I can finally say, it’s taken time to realize. It’s all very intentional.” 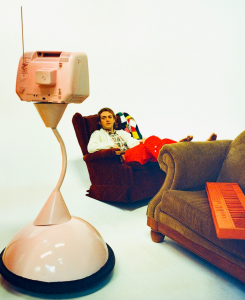 The thread of musical cohesiveness serves not only as an easter egg for fans but also a way to chronicle the complexities of growing up—feeling the same feelings in different settings over time.

“It kind of ties into the idea I was talking about of it being like a sitcom theme. I love cohesiveness and albums,” Struble says. “I think there’s just such an opportunity for an album to be a timestamp of where someone is in their life, especially now that I’m growing up. Harmony House is definitely a timestamp of where I am. And although I go through all these different emotions and different songs, I wanted there to be this directly cohesive element to all the songs.”

After an album is done, packaged for sale, and released to the public, the only thing that’s left to do before playing the new songs live is to see what fans latch onto.

“I’m curious to see what people react to the most because there’s a wide range of emotions and songs on the album,” says Struble. “There’s a song called December that I think might be my favorite. It was the most recently written. But yeah, I don’t know. I feel like that’s just the song I’ll look back on and be like, ‘Oh, yeah, that was. That was me at 21.’”

While Struble is a 21-year-old, he also claims that in some ways he’s already hit 35. Struble realized that after he came home from one of his last tours to his college apartment with his friends.

“I walked in through the door from my tour, my mind was blown,” Struble says. “They’re all just playing Call of Duty.  Just classic like college guys. We just couldn’t relate, we couldn’t get on the same level. [It’s] not like I’m more mature or something or they’re less mature, but it’s just like different stages of life. I kind of have this new theory that everybody turns 35 at different times. It’s like, everybody at their own pace will turn 35. If you’re not 35 by age 35, you never will be.”

At the self-proclaimed intersection between 21 and 35, Dayglow is a music producing expert who has now created two full-length albums from his bedroom, a performer who loves the stage and being on it, and someone who spends more time out on the road than in his on-campus apartment (of which he signed with friends shortly before deciding to leave school to pursue music full-time). He’s still a 21-year-old though, no matter what stage of life he’s in. He likes Dr. Pepper and Cheez-its, is a Leo (though he doesn’t really buy into astrology), and is trying to figure out how to not grow up too fast or too slow—a struggle that is one of the biggest themes in Harmony House

“That’s something I’m thinking about all the time—how to not just grow up so quick,” Struble says. “It’s okay to just grow up and process things at your own pace—grow up at your own speed. I hope my music helps people with overwhelming emotions. Because a lot of times I’ll feel really overstimulated or anxious, and then I write a song and it gives me peace. I hope that this album helps people in their process of growing up. [To] get the anxiety out and just, keep growing up. It’s okay to make mistakes and, you know, grow up at your own pace.”

Photos: Cradle of Filth at the Uptown