David Wayne Reed’s Shelf Life tears down walls, one story at a time 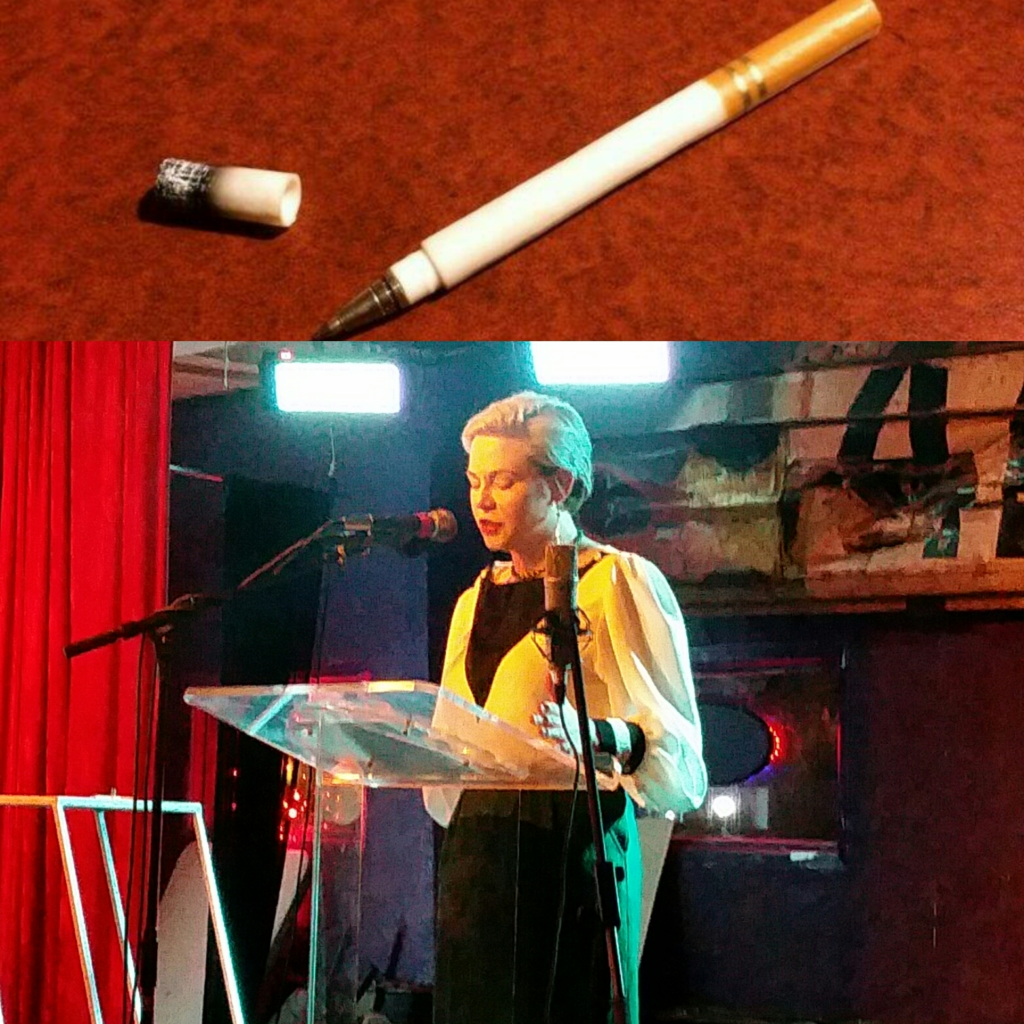 It’s difficult to describe exactly how a room reacts to David Wayne Reed unless you’ve been in a room when David Wayne Reed enters it. This is what I learned last December, when I was among the storytellers drafted for one of Reed’s Shelf Life events. I knew the local actor and playwright by reputation, but I’d never watched him work up close. For that evening’s installment of the new-ish series (the theme was a seasonally appropriate “Unwanted Gifts”), the Brick was packed, and when Reed took the stage, wearing a panama hat and a button-down shirt, the room hushed as though everyone present were expecting a healing sermon.

Shelf Life isn’t without therapeutic properties. It’s hybrid of Moth-style monologues, literary slams, and old-fashioned show and tell. Presenters share stories connected to objects (generally on view in the room) that relate somehow to that occasion’s chosen theme. February 25’s is Idol Worship — about which, more in a moment.

Reed landed on the idea for the series while cleaning out a relative’s home. As he separated which items to discard and which to keep, he recognized that behind each possession was a tale of some kind — an origin, a connection. Shelf Life, then, makes up a kind of fragmented play about life with objects, one with a disparate, purposely mismatched cast.

For Saturday’s Idol Worship, the title suggests objects and events tied to heroes of pop culture.

Metzger’s story involves RuPaul’s Drag Race, a Project Runway-like elimination contest in which participants fight for the title of best drag queen. “Being a superfan of anything is usually perceived by others as crazy or nerdy, but I’m hoping my story will dispel some of that craziness and/or nerdiness,” Metzger says.  She adds that, though she travels back to KC infrequently, “when David Wayne Reed calls, I answer.”

I heard seven narratives the night of Unwanted Gifts, including Mark Manning’s admission that ceramic clowns seem to follow him, and Jen Harris’ tale about a dog-shaped doorstop. During the latter, the room stayed utterly still, and the already-weeping woman sitting next to me at one point had to stifle a gasp.

Such reactions are why Reed has undertaken the project. “I think it’s in the act of listening that we incubate empathy,” he says. “And empathy breeds compassion, and compassion tears down proverbial walls of otherness.”