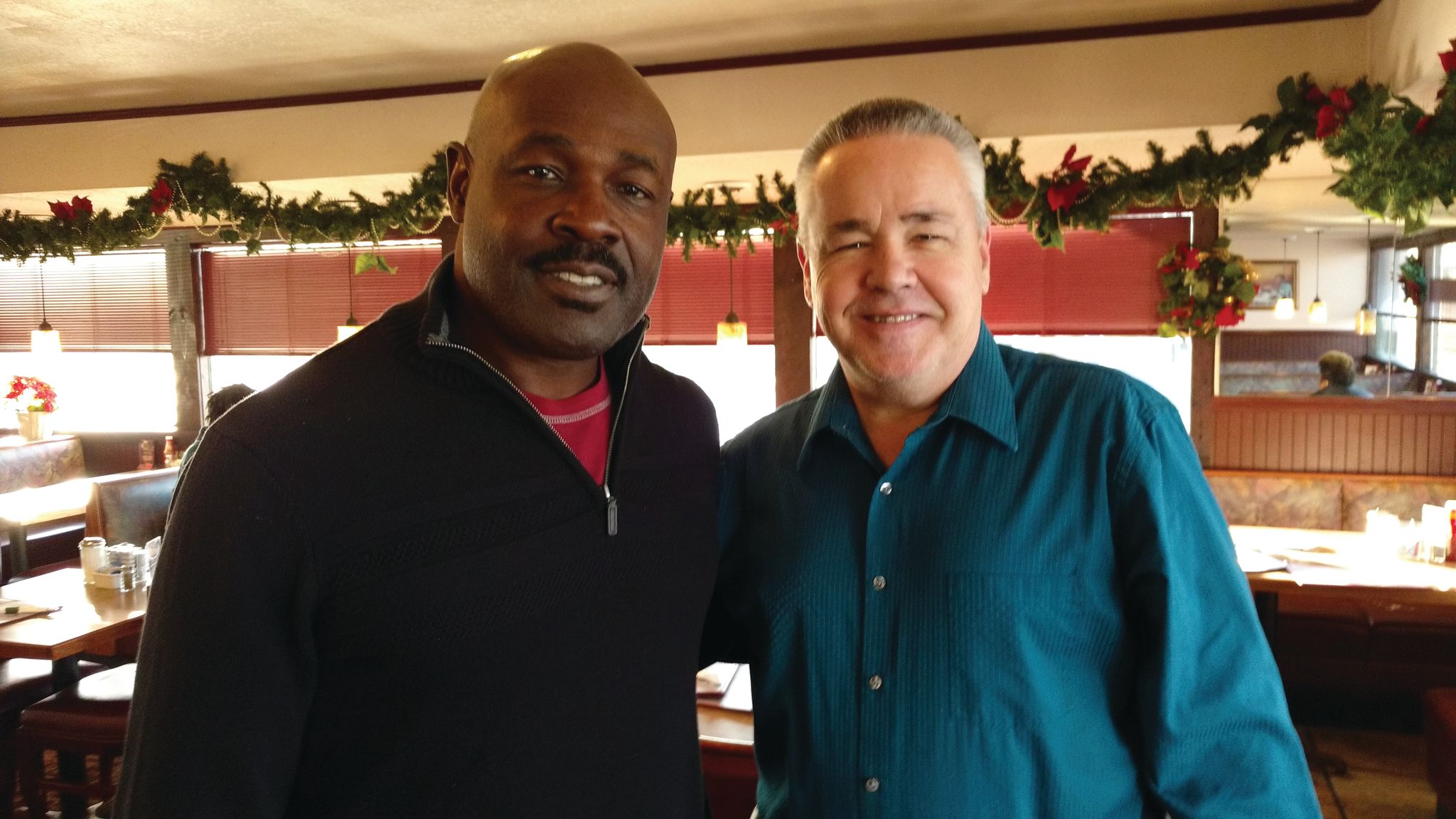 The Nigerian Nightmare Christian Okoye and The Keys to the Kingdom author David Smale. // Courtesy of David Smale

50 years of our collective suffering came to end in February. David Smale’s been there for all of it, and takes readers on a trip with his new book The Keys to the Kingdom: An Illustrated Timeline of the Kansas City Chiefs.

In a book that took two weeks to write because Smale wanted it published before the start of the season, the 40-year sportswriting veteran details the ups and downs the team has faced since the Dallas Texans shipped up to the midwest and became the team we all love and appreciate to this day in the summer of 1963.

It’s a series of short stories about the people and the events that shape the history of the Chiefs. The key players and moments in the Kingdom’s lore are sure to keep fans entertained throughout, as he weaves in personal anecdotes with the field’s happenings. His goal is for people that have been fans for however long they’ve been alive will be able to bring back their own memories.

“I remember Super Bowl I (then called the AFL-NFL Championship game) and that Sunday morning in the church the pastor, who is not a sports fan at all, said ‘I have to keep my sermon short today because the AFL is playing the CIO’,” Smale says. “I tapped my mom on the arm and I said ‘we’re not playing the CIO, we’re playing the NFL. Should I go up and tell him?’ She told me that he was just trying to be funny and I said it wasn’t funny and I need to correct him.”

Relive the draft that saw the Chiefs take two Hall of Famers and two other Super Bowl starters. Learn about the significant people behind the success of Lamar Hunt and the “Foolish Club,” legendary coaches like Hank Stram, and standout players Derrick Thomas and Joe Montana. 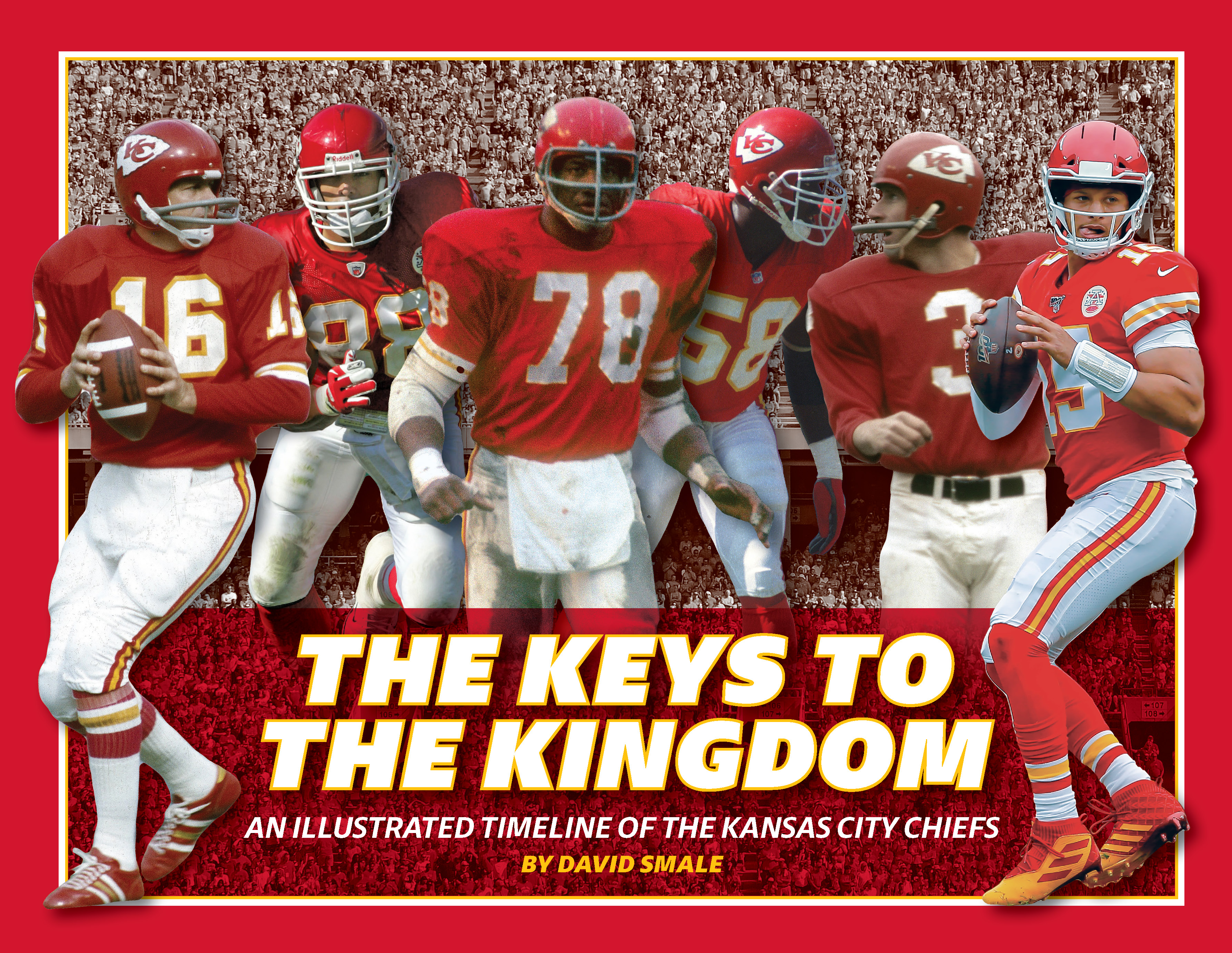 No one will ever forget the excitement of all three of the Chiefs’ Super Bowl appearances. They’ll always remember the record-setting accomplishments like Thomas’s seven-sack game and the Chiefs’ three double-digit comeback victories in the 2019–20 playoffs. Feel the thrill of Montana’s epic Monday Night Football comeback against the Denver Broncos all over again.

Likewise, they’ll never forget the playoff meltdown against the Indianapolis Colts in head coach Andy Reid’s first season or the game in which The Kicker Who Shall Not Be Named missed three field goals, also against the Colts. Smale’s feet are still cold from sitting in the upper deck on that one.

“In many cases, those negatives are used to set up the positives, like the loss to the (New England) Patriots in the 2019 AFC Championship game,” Smale says. “I think that was a driving force to get the Chiefs back to that point and then on to the Super Bowl last year.”

The Keys to the Kingdom: An Illustrated Timeline of the Kansas City Chiefs is available wherever books are sold and on Smale’s website.  There’s also an autograph session Sunday at Henry T’s in Topeka with social distancing guidelines in place. Attendees must also wear a mask.